Find out more about the programme, from teacher development workshops to chemistry camps for students

Philanthropist and healthcare pioneer, Dr Yusuf Hamied HonFRSC, has supported our science education programme in India since 2014. There are two strands of the programme:

The success of the programme is reflected in the total number of beneficiaries to-date: over 35,000 teachers have been trained across over 12,000 Schools in India, and 2,265 students have attended the Yusuf Hamied Chemistry Camps. 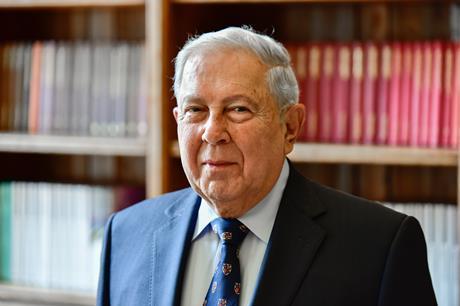 The Teacher Development Programme provides teachers with new tools for delivering engaging and effective science lessons. Whilst this was initially focused on chemistry during the first phase of the programme, the second phase has expanded to include teacher training in physics and biology as well.

The programme is offered free for all teachers and schools and training is conducted in local languages.

During the pandemic, the programme changed its delivery, originally in a virtual format during the initial lockdowns, before then moving to its current hybrid delivery model.

Moving the Teacher Development Programme into a digital format

Following the pandemic and the challenges it placed on practical learning, which is best conducted in a face-to-face environment, we have been trialling a hybrid model.

There are several workshops which aim to cover practical activities in science, and we have tried to introduce where appropriate simulations to support learning. We have received some positive feedback so far. For example, one teacher commented that the simulations created for the practical elements are ‘beneficiary for students that will help them to become critical thinkers and inquirers…think out of the box’.

Who delivers the programme?

Ready to find out more?

Since 2015 we have conducted 35 Yusuf Hamied Chemistry Camps in 17 states of India, in 11 regional languages of India. The total number of students who have attended these camps to-date is As well as 2,65 students participating over this time, we have also had 861 schools who have been involved in the Camps.

We are delighted that the Yusuf Hamied Chemistry Camps have now resumed after being paused for two years because of the pandemic. Starting in July 2022, we will run 10 Chemistry Camps to train 650 students, which will be delivered in partnership with India’s leading Institutes and Universities.

The RSC would like to thank the Salters’ Institute for their partnership in setting up these Camps back in 2014. 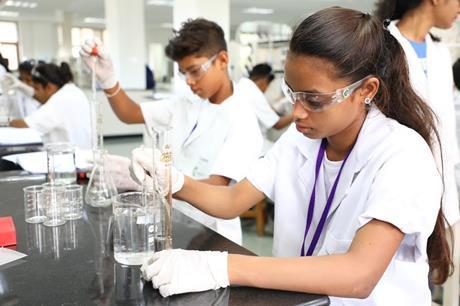