A plea for litres!

Why do we use dm3 instead of litres? 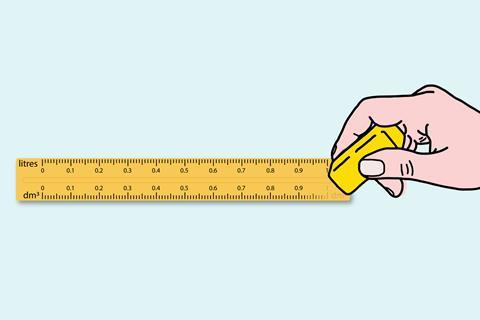 Is it time to use litres instead?

Teaching at both school and university, I noticed some discontinuities in practice that don’t appear to serve a useful purpose. One of these is the use of dm3 (and not litres) at school, while litres are used in university courses, as well as in everyday life, as units for volume or capacity. Why do we do this to our students? The transition to university is hard enough without something as trivial as this confusing things further.

I decided to ask around and set up a Twitter poll, as one does these days. The most popular answer (58% of responses) was ‘litres are not SI units’. Well, it’s a bit more complicated than that. So I checked a key document from the Bureau international des poids et mesures (BIPM), The international system of units (SI) brochure – and a short history of the definition of the litre might help explain things. 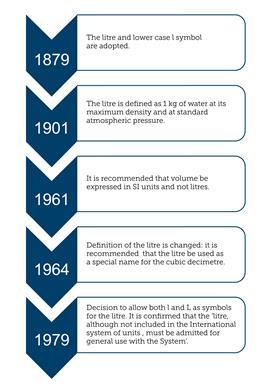 The history of the definition of the litre since 1879

The derived unit for volume or capacity expressed in base units is m3 because the metre is one of the seven base units. The litre was first adopted in 1879 into the International system of units (SI) and was defined as the volume of 1 kg of water at maximum density and standard pressure. The problem between the litre and dm3 arose as measurements became very much more accurate: the litre and dm3 differed by 28 parts in 1,000,000. This resulted in the 1961 declaration that litres should no longer be used for high-accuracy measurements and the recommendation that the committee should investigate further. After the investigation, in 1964, it was decided to redefine the litre as being equivalent to the dm3 and to allow the litre to be used in the SI system, along with other non-SI units such as min, h and d for minutes, hours and days. The alternative symbol, capital L, was adopted in 1979 to avoid the risk of confusion between the letter l (el) and the numeral 1 (one).

Clearly, the BIPM states that the litre is an acceptable unit to use, just as hours and days can be used for time when they are more appropriate than seconds. Not only that, but the International Union of Pure and Applied Chemistry’s mole per litre (mol L-1) or mol dm-3 can be used, as found in their Gold Book. Just in case you were still in any doubt, the RSC journals Chemical Science, Analytical Methods and RSC Advances use litres for volume and M for mole per litre (mol L-1) or mol dm-3.

I think we should be using both litres and dm3 in schools so that students learn their equivalence and understand how to manipulate units. A common misconception in the use of dm3 is that 1 dm3 is 0.1 m3 rather than 0.001 m3. This arises because of confusion that when a unit with a prefix is cubed, both the prefix and the unit are cubed. Essentially, there are invisible brackets around the prefix and unit – so dm3 actually means (dm)3. According to the SI committee, ‘The grouping formed by a prefix symbol attached to a unit symbol constitutes a new inseparable unit symbol (forming a multiple or sub-multiple of the unit concerned) that can be raised to a positive or negative power and that can be combined with other unit symbols to form compound unit symbols.’ 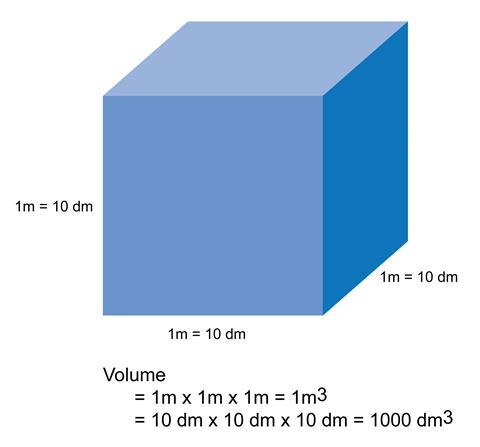 It seems to me that school chemistry is still stuck with the 1961 declaration that litres should not be used and it has not recognised that the litre is now considered to be interchangeable with the cubic decimetre. It really is time to move on. The best way to prepare our students is to make sure they are familiar with both.