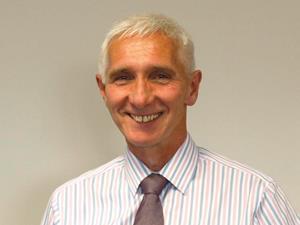 As the 2015 UK general election approaches, the political football of education will be bouncing around even more vigorously than it was in 2014. Everyone (well almost everyone) has experienced some form of education and therefore has a view; many believe they know best, including our dear politicians who know their anecdotal statements can be vote winners.

Last year, the Campaign for Science and Engineering (CaSE) took a more measured view by consulting widely with the science and engineering community about the changes necessary to meet the STEM UK skills shortage. This led, in October 2014, to CaSE publishing three election briefing documents with the aim of influencing political manifestos. They set out feasible and practical actions, with an ambitious goal, to make the UK a leading scientific nation in the next term of parliament.

Of CaSE’s three briefings, I wish to highlight the one headed Science and engineering education and skills, in terms of 5–19 education. It considers priority setting for the next few years and echoes many other key education reports published recently, including those by SCORE (Science Community Representing Education) of which both The Association for Science Education (ASE) and the Royal Society of Chemistry (RSC) are key members. Of the actions CaSE lists, I shall focus on just five that I believe, if adopted, would have the greatest impact on science and chemistry education in our schools.

CaSE calls for every primary school to appoint a science subject leader by the end of the next term of government, supported by investment in subject-specific professional development. Research evidence is cited of the strong impact that well trained, confident teachers of science at this level can have. In a former role, as a secondary school headteacher, I was aware of the impact such inspiring teachers can have on attitudes towards science. I remember that almost all the children from one particular feeder primary school arrived each September with great enthusiasm for science, whereas those from another rarely showed the same level of interest and lacked many of the basic concepts of science enquiry.  It is critical that primary pupils have the opportunity to develop an appreciation and an enthusiasm for science from an early age. The RSC and ASE are now working together to develop a series of chemistry focused support materials for this influential period of a young person’s development.

Following a similar theme to others, such as the Royal Society’s Vision for science and mathematics education, is CaSE’s call for stability of curriculum and assessment in 5–19 science across all political parties and between political cycles. I am acutely aware of the difficulties our teachers currently face as they attempt to embed change upon change. Their focus on the actual learning taking place in their laboratories is being distracted by the energies required to keep pace with inappropriate political influence.

CaSE believes that all students should study a balance of biology, chemistry and physics up to the end of Key Stage 4 (age 16) and should be given the opportunity to study the three subjects at GCSE level. I’d fully endorse this if we are to encourage more to study post-16. However the report focuses on the terminology in England rather than across the UK – we must not forget our other three nations, as there is increasing divergence of curriculum and qualifications policies.

Recent research shows a critical shortage of funding of practical science in many schools, a fact that is at odds with the importance of practical work in engaging young people. The CaSE action plan includes making the teaching and direct assessment of practical skills an integral part of qualifications, ensuring adequate funding for science activities and having appropriate levels of technician support. There is a further request to review the infrastructure for practical science, with targeted investment to improve science education for the most disadvantaged schools. I applaud these actions – any attempts to reduce practical work would strike at the very heart of science pedagogy. Practical work is not a separate component; it is an intrinsic part of working scientifically.

CaSE asks that the government work with schools and teacher training providers to increase the number of science teachers and channel specialist teachers into schools where they are most needed. Chemistry post-14, certainly post-16, needs to be taught by specialists. A focus on the professional development of both teachers and technicians and linking this to career progression is a further target. I would have liked to have seen more emphasis on increasing the recognition of the science teaching profession; for example, acceptance that Chartered Science Teacher (CSciTeach) status be viewed as a qualification ‘must’ for heads of chemistry and science departments. Both the RSC and the ASE have licences to award CSciTeach status; it is a powerful way of recognising our community of chemistry/science teachers.

The CaSE briefing is well constructed; I hope the actions are considered fully by the political parties. My only criticism is that it does not give enough justice to the necessity for science education to be more than a preparation for future scientists and engineers. The document’s emphasis on attracting the best people into research companies, universities and schools is very laudable, but a good science education should provide all young people with the skills of scientific method so they are able to make informed decisions and judgements throughout their lives. Retaining the focus on high quality science learning with appropriate science careers guidance (an action CaSE does record) may actually help to attract more young people to take up the increasing range of science opportunities available in the UK.

Shaun Reason is chief executive of The Association for Science Education