School life has improved for LGBT+ students and teachers in the past two decades, but there’s still more to be done 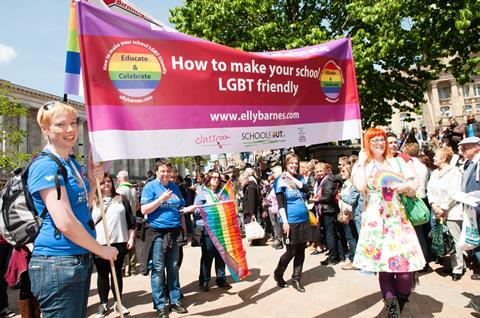 Have schools changed for the better for LGBT+ students and teachers in the past 25 years? Of course the answer is yes. Society has moved on and so have schools. There is nothing particularly remarkable about being an out LGBT+ teacher or student in a school anymore.

I have taught in the same school for 20 years and my sexuality has never been an issue. I have also taught many out LGBT+ students and it has been great to see them become confident adults, happy with their sexualities. I have always been heartened by the way the vast majority of students have accepted them, and talked about sexuality in a mature, tolerant way. That said, I am sure within the same institution there have been LGBT+ students too scared to come out and ones whose experience of school has been less than positive. While there are still pupils having a bad time about their sexuality in schools, we must keep working to help them.

How have things changed in 25 years?

When I started teaching, section 28, which prevented the ’promotion’ of homosexuality by local authorities, was still on the statute book. This did not necessarily make schools unfriendly to LGBT+ students and staff, but it did stifle discussion and made it difficult to counter homophobic attitudes when they arose. Also, very few LGBT+ teachers would have had the confidence to be out to pupils. There was a profound silence on LGBT+ issues in schools; that mattered when there were few alternative sources of information for LGBT+ youth.

In the 16 years since the revocation of section 28, there have been gradual changes in schools as its influence has died away. LGBT+ issues are no longer taboo and teachers can talk about them. It is now common for LGBT+ issues to be covered in PSHE lessons. In my school we’ve had visiting speakers on LGBT+ issues and transgender awareness. This was not happening ten years ago; management were still wary of causing controversy. And as recent events in some schools in Birmingham show, LGBT+ rights still have the potential to cause controversy. There still are parents who would rather it was not talked about.

We need to keep promoting that it is great to be different in whatever way, shape or form that may take

A big step forwards was the equality act of 2010. This gives sexual orientation and gender reassignment protected characteristics, meaning school policies on bullying and equal opportunities should now explicitly protect LGBT+ students. Ofsted holds schools to account on these issues and will comment on provision and policies. While policies may seem dry and boring, they frame an institution’s relationship to a group and make it easier to challenge homophobic comments.

Student welfare, in general, has become more and more important over the past few years. Safeguarding, mental health awareness and provision of student counselling have all gained in significance. As well as an ever increased attempt to stamp out bullying. These are not specifically LGBT+ provisions, but it is not possible to deal with student welfare effectively without acknowledging that some students’ problems may well be caused by them coming to terms with their sexuality or gender identity.

What still needs to be done?

At times, it can seem like every minority wants special treatment in schools, lessons on the timetable and special events. This is not always possible in schools’ limited time. The central message for schools to convey, though, is tolerance for all. We need to keep promoting that it is great to be different in whatever way, shape or form that may take. Schools should be telling their pupils that being LGBT+ is normal and fine. Sometimes that needs an institution to be brave, and face down conservative forces who disagree and seek conformity. This is crucial because LGBT+ children from socially conservative backgrounds are often the ones most in need of support and guidance.

Can events like LGBTSTEMDay help? Any event that shows LGBT+ people doing non-stereotypical careers and having happy lives can only help show pupils that their sexuality is no barrier.