The view from Germany

After moving to Germany from the UK, Laura Howes looks at the differences and similarities in science education 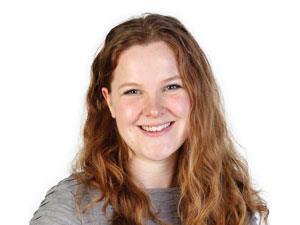 The UK has long seen Germany as a rival politically but also scientifically and the history of our discipline, especially in the 19th century, shuttles back and forth. For example, the burgeoning field of synthetic organic chemistry, with its dyes and drugs, helped build the two countries economically as well as scientifically.

Since moving here just over a year ago I can’t help but be continually reminded of the scientific heritage that surrounds me. A statue of Robert Bunsen stands part way down the main street here in Heidelberg and his name, and the name of many other scientists, is repeated on street signs in the town.

But despite the country’s strong scientific and literary tradition, the first PISA (Programme for International Student Assessment) results, back in 2000, shocked the country. Germany was not as high achieving or as socially equal as it believed itself to be. For someone who has moved here from the UK I find the discussions around German schooling fascinating, especially given the continual calls in the UK for a return to ‘the good old days’ of grammar schools.

One of PISA’s main criticisms was the lack of social mobility that has resulted from the education system with poorer students and those from immigrant families less likely to gain a Gymnasium place. Yet even within Germany not all Gymnasiums are created equal, with students in the affluent south of the country outperforming those further north.

The arguments for and against the Gymnasiums are strikingly similar to those for Grammar schools in the UK. Yet there are some differences, most obviously for me a lack of nationalised standard testing or curricula, although this is now slowly changing a little. There are efforts to widen access to education and a growing move towards more remedial lessons for struggling students, as well as teaching approaches such as context based learning, and inquiry based learning.

Another difference is the much higher levels of support for apprenticeships and vocational training. School students may not go on to train to be chemists, yet often they might use chemistry in their careers and all schools offer chemistry. Some schools might be more theoretical while others focus much more on the practical aspects, as a way of cementing knowledge and an understanding. What might not happen, however, is that those chemically educated students will go and study chemistry at university.

Put simply, chemistry is still booming in Germany. That’s easy for me to see, living as I do in a university town with a huge BASF plant down the road. The chemical and pharmaceutical industry is the country’s third largest industrial sector in terms of revenues, and on the trams and buses you might see adverts encouraging students to study chemistry to lead to a good job and career.

Yet Germany is suffering from a lack of STEM graduates, and while the country works to promote STEM careers and subjects to the native population they are also advertising for well qualified graduates to emigrate here.

With more streaming earlier on, and a smaller university population (about 40% of school leavers), your choice of degree determines your career much more here than perhaps it does in the UK. At 17 as I filled in my UCAS form I thought I wanted to go into chemical research, but also knew a degree in chemistry set me up as an attractive graduate for a range of careers. There seems to be less of that flexibility here. Perhaps there would be more STEM graduates if a chemical degree, followed by a PhD, wasn’t seen to only leading to a career within chemistry. Or perhaps my outsider status makes me naive.

But I think Germany and Britain can learn from each other. While the English curriculum seems to be returning to a more exam-centric approach, Germany is innovating in the classroom. And while I see the value in the open ended questions and essays that are used to assess German students, I can’t help but think that standardisation of assessment does have value. The trick, surely, is to find a balance between points on a scale and trusting the teacher to assess a student and take into account broader contexts.

During my time as a secondary school student I visited Germany and German schools to practice my languages. As Europe works ever closer, and processes such as Bologna work to standardise educational standards, I begin to think we ought to visit other countries to improve our science teaching as well.

Laura Howes is editor of Science in School, a Europe-wide journal for science teachers, and is based at the European Molecular Biology Laboratory (EMBL) in Heidelberg, Germany