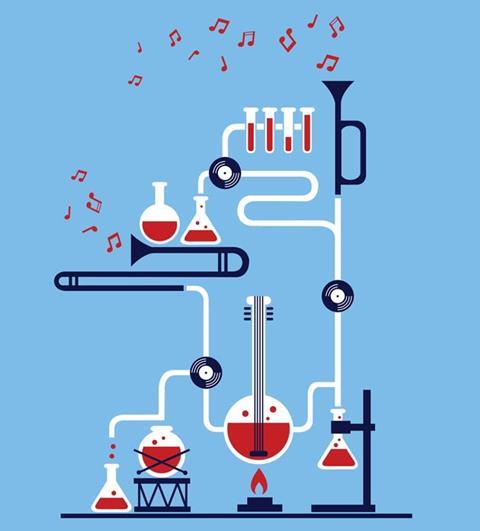 Over the Easter holiday, I spent some time playing in the viola section of the Malta Philharmonic Orchestra. I’ve worked with many professional orchestras around the world and each time I find there are a large number of chemistry graduates playing alongside me. I’ve always believed it is important to couple the study of sciences with arts-based subjects so our pupils develop into fully rounded individuals. I also believe there is more to it than just giving students an all-round education.

Is there something in the arts that supports and enhances the study of the sciences? Can music and the arts help improve our students’ understanding of chemistry? With the current move away from arts subjects in schools, now is the time to look at the impact they have on our pupils’ education.

The UK benefits from several of the world’s finest specialist music schools. But while none of these have academic selection criteria, their exam results are always significantly above the national average by a considerable margin.

And this is not just the case for GCSEs. In 1999, James Catterall demonstrated that US pupils with musical abilities gain higher maths grades.1 Also, in 2011 Lauren Rivera showed an interest in music is beneficial later in life.2 Why is this so?

There are many reasons why results may vary between schools in different areas of the country, but specialist music schools are similarly spread out and take in pupils from many continents. Music schools may have slightly smaller class sizes, however student contact time is lower. A higher proportion of music school pupils come from advantaged backgrounds, but a greater percentage of pupils have English as an additional language. A vast number of factors are involved, but one common link between music schools is the musical ability of the pupils – it’s very high!

I teach chemistry at The Purcell School and have students from all backgrounds, languages and abilities. My GCSE classes include both pupils who are of A-level standard and those who have never been taught science in their own language, let alone in English. Despite this, the majority leave with a good science GCSE. Why is this the case and how can teachers use music to help students?

By taking an interest in our pupils’ hobbies and tailoring our teaching to a class’s interests, we can often improve their learning experience. In 2011, Annette Lareau found that if teachers listened to pupils talking about their hobbies, they were likely to see an improvement in their grades.3 With around 70% of children in the UK playing an instrument, all teachers are likely to come across pupils with a musical background. If we can tap into their interests, we may be able to improve their understanding of the chemical sciences.

Adrian Hille and Jürgen Schupp found that musical students have improved cognitive skills, increased conscientiousness and higher perceived control.4 In 1993, Frances Rauscher and colleagues explored the Mozart effect.5 They played 10 minutes of classical music to a group of students and reported an increase in their IQ scores immediately after. There was a huge amount of speculation surrounding this report and many groups provided evidence to support or disprove the finding. In 1996, a BBC Tomorrow’s World experiment put students into groups and played them either classical, rock or no music. Those who listened to the music performed better in spatial intelligence tests than those who didn’t.

If you play an instrument or have a relative who does, you will know that musicians practise scales for hours. They do this because scales are patterns that occur often in music and by practising them, a musician can recognise them more quickly next time or if they have to sight-read. At its most base level, music is simply a set of patterns. I believe it’s the predictable and repetitive nature of music that helps our students with  chemistry.

As an example, let’s look in detail at the first movement of Mozart violin concerto no. 3 in G major. On a macro scale, it has a sonata form that is recognisable as AABA. The A section is played by the orchestra, repeated by the solo violin and then developed in the B section. The movement ends with a return to the A section.

On closer inspection, we can see patterns throughout the piece. The two passages in figure 1 are from different parts of the score, but the patterns are similar. As a musician, you wouldn’t necessarily spend the same length of time learning each passage – having learnt the first one, the second is easier to accomplish. There are many such examples in music, particularly from Mozart and other classical composers.

I believe the exposure to such a large number of patterns in classical music every day improves a persons’ ability to recognise them.

As chemists, we often look for patterns. At age 12–14, we look at patterns of reactivity; at age 16–18, we learn about trends and patterns across the periodic table. At higher levels, we look at patterns in molecules, reflections, rotations and translations, and the effect these patterns have on physical properties. These require complex pattern recognition skills, especially when looking at the three-dimensional nature of molecules. 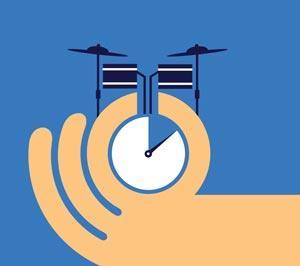 I suggest that teachers try to help musical pupils use their skills when they start to look at the periodic table. My students pick up patterns in data and across the periodic table faster than any other topic that I teach. When I taught in schools where music wasn’t the main focus, I would sometimes place musical pupils in groups with non-musical pupils, in the same way as you might mix high ability and low ability students.

Another skill musicians often display, which I use and develop in my classroom, is timing. Musicians perform with many others and the margin for error in timing is incredibly low. With less than a few milliseconds of tolerance, musicians develop a keen sense of collaboration. So why not use this? It’s not just about group work: in 2005, Bruno Repp discussed how musicians display much better coordination with predictable external events than non-musicians.6 This probably isn’t a surprise as musicians can hold a beat better than non-musicians. But this has some uses in chemistry – when there are timed events, for example stopping a stopwatch in a rate of reaction investigation, musical pupils are often better at this.

Of course the biggest crossover for science teachers and music is in the physics department. At first glance there’s not a great link between chemistry and music. However, there are concepts that I like to use to support chemistry teaching.

A favourite classroom use of music is a concept from string instruments. I use the idea of harmonics to help explain electronic structure. While this requires a reasonable level of performer (around grade 6+), I use it to explain why electrons can only exist in certain places such as shells or energy levels and can’t exist somewhere in-between.

On a string instrument, it is possible to play harmonics (standing waves) by creating nodes. These occur when the player touches the string at specific points very gently with a finger while trying to make a sound normally with the bow. This effect is only possible when the player’s finger is in exactly the right spot. Similarly, electrons can only exist in shells. This analogy is even more appropriate when students study electrons and quantum states in more detail. 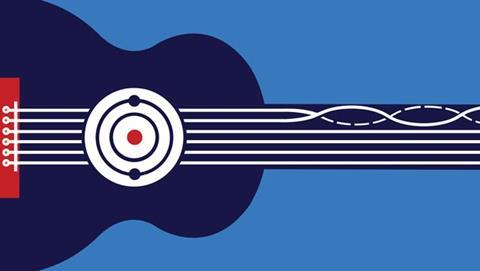 The other idea I use is to put chemistry into a context that my pupils can relate to. For example, when introducing reactivity, I start by getting them to think about the properties that make materials suitable for their instruments. The idea that instruments (particularly brass instruments) are often coated in something that is less reactive can help pupils to engage with chemistry.

While most of my pupils don’t go on to study sciences, some do move into maintenance and instrument making. By encouraging them to think about the materials used, I have helped open their eyes to career pathways they had not previously considered. I’ve also made my own version of the Royal Society of Chemistry’s ‘not all chemists wear white coats’ posters with musical variations such as varnish, glue makers and metallurgy.

With arts subjects being cut from UK education programmes, should chemistry teachers be worried? Surely this gives us more time to devote to science subjects? I have always argued the arts are just as vital to our pupils’ education as the sciences. They give another side to our pupils’ education and help them make sense of the world around them. Perhaps we should be looking at incorporating more art into our science and not removing it from schools.