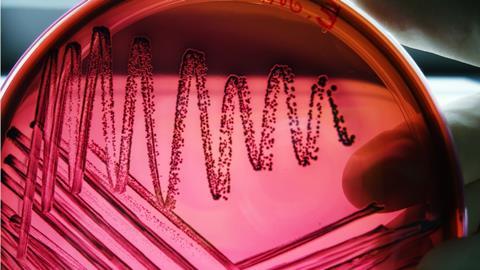 All organisms depend on enzymes to speed up a vast array of chemical reactions inside their bodies, including those linked to respiration, protein synthesis and DNA replication.

Humans have long put enzymes to good use, for example to make beer. When brewers malt barley grain, they release a host of enzymes that help to break down starch and boost levels of fermentable sugars, as well as improve filtration. These days, brewers also add tailor-made enzymes. Meanwhile, fruit juice producers add enzymes to increase juice yield.

Enzymes are simply proteins that act as catalysts to accelerate chemical reactions. They contain active sites that lock onto specific chemicals (substrates) in reactions.

The past decade has seen a surge in industrial use of biocatalysts, thanks to protein and gene technologies that allow them to be engineered to specifically meet the demands of industrial processes.

You can plug and play with the enzymes

To begin with, researchers turned to enzymes from known biological processes. However, the field has advanced so much they can now engineer enzymes for chemical transformations not known in the biological world.

‘These advances make it possible to take the concept of engineering a protein to fit a process to the next level, where biochemical syntheses are no longer limited to reaction classes known in nature but can expand to include whole new transformations and whole new classes of products,’ say researchers from the California Institute of Technology, US, led by Frances Arnold. There is now a ‘vast goldmine of new biocatalytic possibilities,’ they suggest.

Fungi are being explored to find new biocatalysts

Historically, most biocatalysts have resulted from testing (screening) many microbes against the reaction researchers are hoping to speed up. But now researchers are also turning to different, relatively unexplored, enzyme sources such as fungi.

Meanwhile, microorganisms that survive in extreme environments (extremophiles), such as high acidity or high temperatures, are proving to be a promising source of robust enzymes that may be active under harsh industrial conditions.

Unfortunately, natural enzymes tend to be unstable in conditions used in industrial synthesis. They also frequently give low product yields.

This is where protein engineering comes in, delivering enzymes to fit a manufacturing process while dramatically increasing yield.

There are two main ways to engineer proteins: rational protein design and directed evolution. These techniques are often used together.

Rational protein design has already delivered many new, low cost, efficient enzymes. First, researchers can use computers to predict which amino acid sequences will deliver an enzyme for the task in hand. Next, they create the enzymes by introducing the matching DNA sequence into a living organism such as Escherichia coli.

Directed evolution is a sped-up version of Darwinian evolution, allowing researchers to select performance-enhancing gene mutations. First, they subject a single gene to rounds of DNA mutation, often randomly creating millions of mutations. Next, they insert the DNA sequences into E. coli bacteria to produce the enzymes. High-throughput screening using chemical reagents shows which have the desired activity. Finally, they identify the successful mutation before purifying and characterising the enzyme. The hits are then put through further rounds of directed evolution.

In short, the ability to engineer proteins using these methods has allowed researchers to fit a catalyst to manufacturing conditions rather than designing processes around it.

With their ability to selectively convert inexpensive starting materials into complex molecules under mild aqueous conditions, biocatalysts have an obvious appeal for synthetic chemists. Many organic syntheses have relied on rare metal catalysts such as rhodium and palladium. Although these do a good job, the metals are becoming more difficult to obtain and are subject to large fluctuations in price. Moreover, it is also difficult to recover the toxic catalysts from final products.

‘Imagine being able to take your rhodium catalyst and make 10 million variations of it. That’s the benefit of using a biocatalyst,’ says Dominic Campopiano, chair of industrial biocatalysis at the University of Edinburgh, UK.

His group has used directed evolution to select amino acid racemase enzymes for creating chiral alpha-amino acids, which are very valuable to the pharmaceutical industry. With help from Dr Reddy’s Laboratories, India, they developed two enzymes to synthesise the alpha amino acids.

‘You can plug and play with the enzymes,’ says Dominic. ‘You can pick and choose enzymes for different systems to suit the ultimate target.’

Biocatalysis tends to work on straightforward functional groups. For example, a transaminase enzyme can convert ketones to amines, which are present in over 70% of pharmaceutical compounds. Biocatalysts can also deliver just one enantiomer of a chiral molecule – this is crucial for the pharmaceutical industry.

One of the most celebrated examples of biocatalyst optimisation and design comes from US pharmaceutical company Merck. Together with US enzyme engineering company Codexis, Merck created a transaminase to catalyse a key step in the production of sitagliptin, the active ingredient in Merck’s type II diabetes treatment, Januvia. The original manufacturing process required a crystallisation step and high-pressure hydrogenation, as well as rhodium and iron catalysts.

Codexis found a transaminase that provided the desired enantiomer but with limited activity. Using its protein engineering technology, CodeEvolver, directed evolution led to a 25,000-fold improvement in biocatalytic activity while making none of the undesired enantiomer.

Codexis also works with other pharmaceutical companies. For example, in 2014 it licensed CodeEvolver to GlaxoSmithKline (GSK). With this technology, GSK can design enzymes that are highly optimised for a specific function, before marketing them as drug targets. And in 2015, Codexis licensed the technology to Merck to develop active pharmaceutical intermediates.

For David O’Hagan, head of chemistry at the University of St Andrews, UK, fluorinase enzymes hold a particular fascination. He began his career in natural product biosynthesis before becoming interested in fluorine chemistry. ‘I looked to see if there were any fluorinated natural products. I found one or two and was wondering why nobody had ever looked at the biosynthesis,’ he recalls.

So he began working with a Streptomyces bacterium that reports said produces fluorinated natural products. His team isolated the key fluorination enzyme in 2002 before crystallising it with his colleague Jim Naismith in 2004.

The enzyme is able to form a carbon–fluorine bond, which is very unusual in enzymology, says David. Of around 300,000 structurally characterised natural products, only six are known to contain a fluorine atom, he says.

His team is now working with a radioactive isotope of fluorine, called fluorine-18, which is used for positron emission tomography (PET) in hospitals. The enzyme happily works with fluoride-18 to make organo-fluorinated PET chemicals. The advantage is that the enzyme works in water at neutral pH and ambient temperature, which are good conditions for aqueous fluoride-18 and the target biomolecules. However, the team has yet to commercialise this work. There are technical challenges to using biocatalysis in PET radiochemistry, partly because the enzyme is slow, explains David. But, that can all be overcome, he adds. 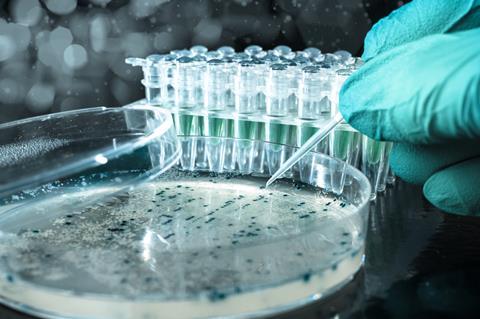 A large number of agrochemicals and as many as 25% of pharmaceuticals contain fluorine. By scouring public databases, David’s team has now found their enzyme in six different bacteria. ‘We can look at the genomes and order a synthetic gene. We don’t need the organism anymore; we just order in a synthetic gene and over-express it.’­

It’s not just fluorine that’s interesting. Other halogens, such as chlorine and bromine are also widely found in pharmaceuticals. The traditional chemistry used to make halogenated compounds generally needs toxic reagents and leads to unwanted by-products that can be difficult to separate out. Here, biocatalysis holds definite appeal, offering cleaner and more selective reactions. Researchers in the field are making good progress, with trytophan halogenases looking particularly promising. The enzymes can be used to make some antibiotics from the amino acid tryptophan.

Meanwhile, academics are chasing enzymes for some of the best-loved organic reactions. For example, some are hunting enzymes to catalyse the Diels–Alder reaction, one of the most powerful in synthetic chemistry. Diels–Alder reactions bring together a diene and an alkene or alkyne to create two carbon-carbon bonds in one step, forming the cyclohexane rings found in so many phamaceutical and industrial chemicals. A so-called Diels–Alderase would offer a path to enzymes that perform important C–C bond forming reactions with a variety of substrates. Recently, a team led by Paul Race from the University of Bristol, UK, reported finding ‘compelling evidence’ for a ‘bona fide’ Diels–Alderase in nature.

A major EU project called ROBOX is looking to expand the industrial use of biocatalysts that can be used in oxidation processes. Oxidative enzymes have already proven valuable for producing antiobiotics. With 19 partners from industry and academia, ROBOX aims to take the biocatalysts to other industries, including for flavours and fragrances.

The field has made large advances in delivering industrial enzymes, but some issues remain. For example, protein engineering is often too slow for industrial time pressures. ‘We need to speed up the evolutionary process. It used to take 12–18 months, now we are down to six months,’ says Dominic. He would also like to see enzyme screens become ultra-efficient so they pick out those showing only very limited activity, ready for directed evolution.

Dominic is excited by moves to find enzymes working on more sophisticated reactions than simple functional group conversions. Some of these come from biosynthetic pathways in nature. ‘That’s where the field is heading – new enzymes to catalyse new reactions.’

Industry would also like to run efficient multi-step enzymatic reactions simultaneously in one pot. Coupling the activities of several enzymes to give cascade reactions would mimic the metabolic pathways and networks found in cells. Moreover, purified enzymes can be atttached to solid polymer supports. This protects them from wear and tear and means they are easily recycled.

The beauty of biocatalysis is that it draws researchers from many fields, from biology to computational chemistry and process engineering.

For those keen to enter the field, training is available. For example, an Engineering and Physical Sciences Research Council (EPSRC) centre for doctoral training in critical resource analysis (Criticat) unites the chemistry and chemical engineering departments from Edinburgh, St Andrews and Heriot-Watt universities. Criticat provides training in all aspects of catalysis, including biocatalysis. ‘The EPSRC wants people that can think differently and attack a problem in a different way,’ says Dominic.

Meanwhile, the Centre of Excellence for Biocatalysis, Biotransformations and Biocatalytic Manufacture (CoEBio3), based at the University of Manchester, in collaboration with Heriot-Watt, Strathclyde and York universities, focuses on research and development of new biocatalyst-based processes. There, graduate and postdoctoral scientists can be trained in the necessary combination of skills from chemistry, biology and engineering. The centre also has a dedicated pilot manufacturing facility.

Dominic is particularly keen for more chemists to turn to biocatalysis. Some traditional organic chemists are put off by the idea of cloning genes before purifying and characterising enzymes, he says.

Emma Davies is a science writer based in Bishop’s Stortford, UK