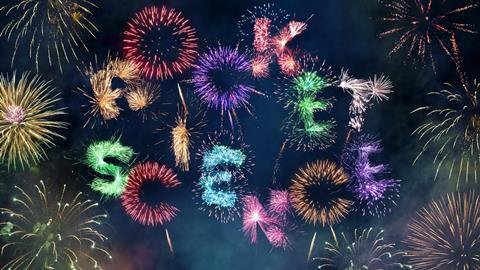 Fireworks: the art and science

The chemistry of pyrotechnics

On the fourth Saturday of August each year, excited spectators flock to the city of Daisen, Japan, for a fiesta of fireworks displays by the 30 best ‘hanabi-shi’ from across the nation. As master pyrotechnicians, the hanabi-shi are known for their skill in creating some of the most beautiful and innovative fireworks. They are hand-picked for this event, the Omagari fireworks competition, where they vie for the prestigious Prime minister’s prize. Set against the backdrop of the Ōu mountains, this is the Glastonbury of the fireworks world, with festivalgoers queuing for hours and camping out to get the best seats. Over the course of the festival, approximately 20,000 carefully choreographed pyrotechnic explosions take place, all in time with music. 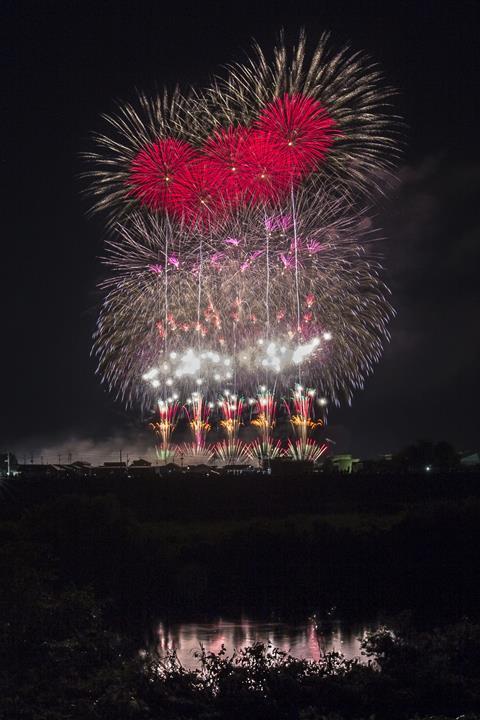 Fireworks at the Omagari festival

The article is rich in scientific detail and should be straightforward for your students to follow. Fireworks are always of interest and your students will no doubt have many questions for you. There are broadly three themes relevant to combined science and chemistry GCSE: combustion of gunpowder, flame tests and environmental impacts. The first two are covered in the worksheet but the third is not, and would benefit from a more discussion-based approach – with students orally evaluating the pros and cons of fireworks and the offset between human leisure activities and harmful effects to the environment.

A pyrotechnician is an artist, a craftsperson, but also a scientist of sorts. As Gary Fuller, from King’s College London, explains, getting that characteristic burst of colour when a firework lights up the sky is a bit like an experiment we’ve all done in the school science lab. ‘It’s very much like when you put a piece of metal into the flame of a Bunsen burner and look at the colour,’ says Gary. ‘You’re oxidising the metals.’ Copper, for example, gives us blues and greens, while strontium makes reds. The hallmark of a great Omagari display is the layering of these chemical colours to produce fireworks with overlapping hues.

For the Japanese pyrotechnicians, creating the colour is the first part of the traditional process of building a firework. Using a machine that works like a cement mixer, the metal powders are coated onto hard, bullet-like pellets called stars. The stars are then expertly arranged and packed into shells containing a charge of gunpowder – a mixture of potassium nitrate, sulfur and charcoal. Mostly, the shells are of a size that’s easy to handle, but it is possible to create supermassive fireworks using the same principle – you just need a really big shell and lots of stars. Last year, US fireworks company, Grucci, made a firework containing 300 stars in a shell measuring 142 cm across, the largest ever. It was launched to celebrate the new year in Ras Al Khaimah, United Arab Emirates.

The worksheet goes into detail on a simplified version of the combustion of gunpowder, as well as the thermal decomposition of potassium nitrate. Thermal decompositions are covered by the specification, but the usual examples are metal carbonates. The first question set focuses on the equations involved, balancing them and then using quantitative analysis to establish reacting masses and volumes. The second question set looks at the flame colours. Students need to know the colours of the metal compounds stated, but also must be aware of colour mixing and the difficulty of observational analysis. You may wish to use this as a springboard to discuss instrumental analysis.

Highly skilled hanabi-shi layer shells within shells to make multicore fireworks that burst into one colour after another. After packing, the shells are covered in thin layers of paper, which create just enough pressure to control the explosion from the inner charge so that it forms the desired pattern. More gunpowder is packed into an outer charge, for generating the lift that sends it into the air, and into a hollow, time-delay fuse, which connects the lift charge to the central one. The fuse burns just long enough to keep the main firework from exploding on the ground as it is lit. In professional displays, fireworks are connected to an ignition device, which sends an electrical signal at the precise moment each one needs to be lit to keep it in time with the music. The signal triggers a heating element to ignite a small charge that in turn ignites the lift charge and fuse.

The culmination of the Omagari fireworks competition is the ‘wide starmine’, an almost kilometre-wide stretch of fireworks exploding simultaneously, in a continuous line. However, such dazzling aerial displays are not without their risks. Gary, an air pollution scientist, says that while fireworks are ‘fantastic fun’, the pollution that comes with all major fireworks events is a serious concern. ‘There is lots of good evidence that particle pollution in the air is linked to adverse health effects,’ he says. ‘And throughout the world, where we get festivals that are celebrated with fireworks, we can find really high levels of particle pollution.’ By particle pollution, he’s referring to a mixture of small particles including acids, soot, sulfates and nitrates. They can be solid or liquid and some are small enough to get trapped in the lungs.

While no research has been carried out specifically on fireworks pollution at the Omagari festival, there is evidence from major cultural festivals such as Diwali and Chinese new year, which are traditionally celebrated with fireworks. One study suggests that fine particulate matter (PM2.5) levels in Shanghai, China, during Chinese New Year 2013 reached a maximum over 20 times the World Health Organisation’s guideline daily value, causing an estimated 75 early deaths. Since then, the government has restricted the use and sale of fireworks, bringing maximum PM2.5 levels down by more than two thirds in 2017 and reducing the estimated number of early deaths to 31. 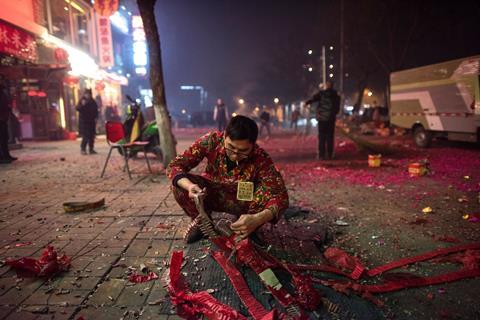 A waiter from a restaurant lights fireworks on a street in Beijing on February 7, 2016, the eve of the Lunar New Year.

In London, UK, Guy Fawkes night fireworks can raise particulate matter levels by four or five times the average value, Gary says. But it’s even worse when 5 November falls on a still night. ‘The pollutants from the fireworks don’t disperse,’ he explains. As well as the particulate matter, pollution researchers are concerned about perchlorates, chemicals used as propellants that can get into water, as well as the colour-producing metal compounds. Both can be harmful to wildlife. In other industries, all these compounds are heavily regulated.

Whatever the health effects, pyrotechnics is hardly a dying art (or science). Despite clamping down on them in its own country, China still exports more than £700 million of fireworks each year. And the Omagari festival, going strong after more than a century, attracts over 700,000 visitors. But Gary says he would set a ‘challenge’ to the makers of fireworks to reduce the pollution from their products. A new source of inspiration for master pyrotechnicians, perhaps.