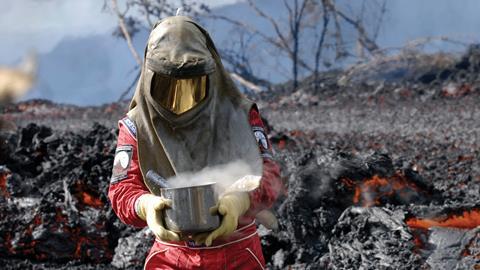 Inspiring the next generation of scientists

Many science teachers hope to infuse their students with a love of science and, ultimately, inspire some to pursue it. However, there is a lot of media coverage suggesting science is failing to engage young people, resulting in fewer choosing it as a career. Policymakers also express concerns about the ‘skills gap’ resulting from a lack of students pursuing qualifications in science, technology, engineering and mathematics (STEM), and project that this will leave the country short of skills vital to economic growth. In addition, many are worried about the narrow profile of those who do participate in STEM, with women, working-class and some ethnic minority groups underrepresented, particularly in some of the physical sciences and engineering. 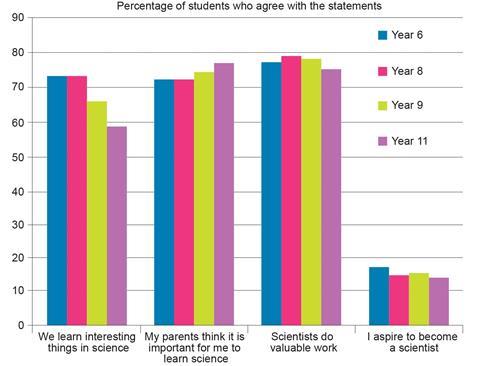 The Aspires project surveyed over 32,000 students

It is against this backdrop that the Science Aspirations and Career Choice (Aspires) project was launched in 2009. Aspires was a five-year longitudinal study that explored how the science aspirations of year 6–9 students in England develop over time and how they are shaped by gender, ethnicity and social class, as well as by families, peers and experience of school science. The project continues with Aspires2, exploring the development of aspirations through to year 13.

The project’s most significant finding is that there is a stark difference between students’ general attitudes towards science and their desire to become a scientist, a gap we termed the ‘doing–being’ divide. Although most students find science interesting, feel their parents value science, and hold positive views of scientists, this does not translate into an aspiration to work in science themselves. Attitudes to science do not drop off the moment students hit secondary school, as some have claimed. In addition, the ‘usual suspects’ for a lack of student aspirations to science careers – such as dull science lessons, negative views of scientists or lack of parental interest – do not seem to be the whole problem.

So, what is the problem?

The main aim of these projects is to try to grasp what leads so many young people to conclude that science is ‘not for me’. We consider what aspirations students do have and the sources of these aspirations. We also look at who does – and does not – aspire to a career in science. For instance, we have found a gender difference in aspirations as early as year 6, with boys more likely to hold aspirations to science careers, a difference that is even more strongly pronounced for engineering. Our data suggests that images of science as masculine have a strong role to play here, making it more difficult for girls to ‘fit in’ in science. Likewise, students from particular ethnic backgrounds, such as South Asian, were far more likely to aspire to science careers, while students from working-class backgrounds were less likely to hold science aspirations.

Another central finding concerns the image of the ‘brainy’ scientist and the perceptions of science as a field that is only for the clever. Although scientists are regarded by many in our study in a very positive light (such as doing valuable work and not being ‘geeky’), they are considered to be exceptionally clever. The strong association between science and cleverness is reinforced by the reputation of science as a difficult subject, in which exceptional intelligence is required to do well, a perception reinforced by an education system demanding particularly high attainment in order to progress. Together, such images send a strong message to many students that science is not ‘for them’ – unless, of course, they happen to be among the highest attaining.

Aspirations are intimately linked with identity

None of this is surprising and our findings around gender, ethnicity and social class tend to confirm what other studies have reported. At the same time, characteristics such as gender, ethnicity and social class did not go far enough in explaining the patterns of participation and aspirations we were seeing. It seemed there was something more nuanced happening in some families that made science more ‘thinkable’ and achievable as a career path than in others. We observed that in some families, science was something familiar and comfortable – something ‘people like us’ do. As one student put it: ‘science is where it’s at in my family.’

Trying to articulate and uncover what it was that made these families distinct led us to develop the idea of science capital. Science capital can be considered as a set of social and cultural resources related to science. It includes science-related qualifications, understanding, participation in science-related activities, knowledge about science and how it works, interest and social contacts (for example, knowing people who work in science-related jobs). Together, these resources help students and their families develop an affinity with science. Not surprisingly, science capital is not distributed evenly throughout the population.

Importantly, this identification with science seems to underpin many of the choices students make, particularly in continuing with the subject post-16. That is, aspirations are intimately linked with identity – with how students see themselves and who they can imagine themselves becoming in the future. The choices students make about which subjects to pursue are driven by their aspirations, by what they think will help them attain their goals.

What can we do?

Given so much of science capital and whether students identify with science seems to come from family, what can teachers do? A lot. In the first instance, teachers are on the front line in supporting students to see science as ‘for them’, especially for those from families without high science capital.

While continuing to cover content, we believe it is important teachers also try to take opportunities to break the link between doing science and becoming a scientist. The Aspires research found that students – particularly those without high levels of science capital – often have very narrow views of where studying science can lead. Moreover, these careers are often perceived as being the purview of clever, white, middle class males – not for the majority of students.

At the same time, it is not enough simply to highlight a range of careers to which science can lead, although that is a good start. It is important to connect with what students themselves bring to the classroom.

Related to this, our research points to the importance of schools promoting a wider, more inclusive vision of science – of who can do science – both in the classroom and in a career. Doing so will help address the pervasive association between science and cleverness and will help more students find a place for themselves in science.

None of this needs to come at the expense of teaching content and skills, and, indeed, science literacy is a key component of science capital. In Enterprising Science, a sister project to Aspires, we have been working with teachers to develop a ‘science capital pedagogy’. This aims to support student engagement and identification with science, particularly among students from backgrounds traditionally marginalised from science. This pedagogy does not require adding to the already crowded curriculum, rather it involves a shift in mindset and tweaks to what teachers are already doing.

In short, implementing a science capital pedagogy in your classroom hinges on personalising and localising, not just contextualising. This involves getting to know your students and using their interests and experiences as a starting point.

For instance, if you want to highlight the science in cooking, start with a discussion around your students’ favourite dishes. Rather than describing how a skill you are focusing on in a lesson is linked to a career in, for example, forestry or law, begin with the careers your students aspire to and highlight how they link to the science you are teaching. Also, it is important to consider what you value in your classroom – is it primarily active participation by a small number of students? Getting the answer right? How you respond to what students offer and to how they prefer to respond can help broaden what counts as doing science and being scientific in your classroom.

So, how might you approach this? One way, which is one of the central elements in our science capital pedagogical approach, is something we have termed Elicit–Value–Link.

Eliciting refers to drawing out students’ personal, family and culturally-specific knowledge, experience and interests. This might involve finding out about your students’ backgrounds and lives outside of school more broadly, and can also take the form of asking students about their experiences, interests and understandings at the beginning of a topic. However, it is important to frame questions carefully so that students do not simply respond with their prior, school-based knowledge. The aim is to create a comfortable space for students to share their individual experiences and tacit understandings developed outside of the classroom. Questions can also be used in the moment, in the course of a lesson to elicit understandings and experiences.

By valuing, we mean recognising and acknowledging students’ existing knowledge and experiences. Doing so goes beyond praise to build on what students bring to lessons, for instance by rephrasing what a student says, sharing it with the rest of the class and asking the student to elaborate. This kind of positive response, which shows that a teacher has truly taken on board and values a student’s contributions, can have the consequence of broadening what counts as science in your classroom.

Finally, linking involves connecting students’ contributions to curriculum topics or canonical science. Doing so can look like wrapping the science content of the lesson around the personal interests and experiences students bring with them. For example, in one lesson we observed, a teacher engaged his students in a very spirited discussion linking their experiences of home cooking to the topic of mixtures and compounds.

The Elicit–Value–Link approach emphasises and values students’ experiences and enables teachers to find an accessible starting point not necessarily based on prior subject knowledge obtained in school. It engages students through lessons that are personalised and localised, offering more students a way in to the topics covered, and affords more students an opportunity to participate in science lessons – and ultimately to see science as a potential career.

Jennifer DeWitt is a research fellow in the department of education, practice and society at UCL Institute of Education