Measuring the speed of light with chocolate

Light is an important energy source for many chemical reactions, such as the reactions that harvest light energy in plants. Scientists now understand a lot about the nature of light, but it hasn’t been easy. Take, for example, the speed of light. Thanks to Einstein, we know nothing can travel faster than light in a vacuum, but it took many years to work out how to calculate its actual speed.

Determining the speed of light

At one time, light was thought to travel at infinite speed, and early attempts to disprove this using distant mirrors and lamps were inconclusive. The main problem is that light travels at nearly 300,000,000 m s-1 so long distances are required to allow precise timing. 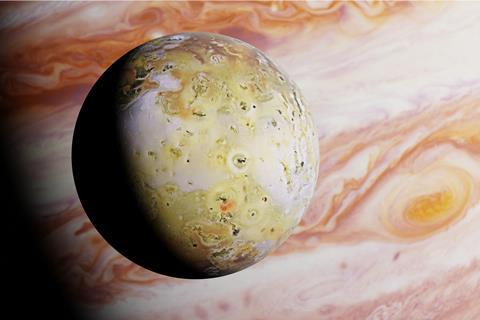 The first successful attempt to measure the speed of light was by Danish astronomer Ole Rømer in 1675. He timed the eclipses of Io, one of Jupiter’s moons, to determine a remarkably accurate value. A method that compared the apparent positions of stars as the Earth orbited the Sun allowed English astronomer James Bradley to determine another surprisingly accurate value in 1728.

In 1849, Hippolyte Fizeau, a French physicist, rotated a wheel with 100 teeth and directed a beam of light through the teeth. The beam was then reflected back through the wheel from a mirror five miles away. By finding the speed of the wheel that blocked the reflected beam, Fizeau was able to determine the time it took the light to travel from the wheel to the mirror and back. A more sophisticated attempt by American physicist Albert Michelson in 1926 relied on a rotating octagonal mirror and a system of other mirrors set up on Mount San Antonio and Mount Wilson in California.

Subsequent measurements refined the value to 299,792,460 m s-1. Finally, in 1983, the General Conference of Weights and Measures decided to define the speed of light in a vacuum as exactly 299,792,458 m s-1. It was this speed and the definition of a second that were used to redefine the length of a metre as the distance travelled by light in a vacuum in 1/299792458 of a second.

It takes just over eight minutes for light to reach us from the surface of the Sun. Light, and therefore radio waves (which travel at the speed of light) took over five hours to reach the New Horizons probe that recently flew past Pluto. 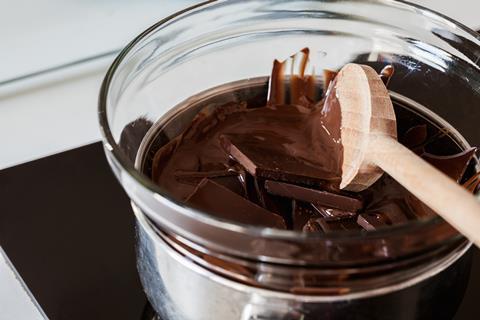 Melting chocolate on the stove.

If you have access to a microwave oven, you could try measuring the speed of light yourself. First take out the turntable or the spinner so your sample does not move and the microwaves are not disturbed. Then find a heat sensitive sample, such as till rolls (they are very sensitive), poppadums, raisins or chocolate. (Be careful with chocolate as it might burn before you notice that it has melted.)

Place your sample in a line from one side of the microwave to the other. Turn the microwave on to full power for a few seconds. Inspect your sample without moving it. (Take care not to burn yourself or your house down as you heat your samples.) Keep exposing your sample to microwaves until the hot regions differ from the cold. The distance between the centres of melted (or cooked, or darkened) regions gives an approximate measurement of half the wavelength of your microwaves. A plate on the back should give the frequency (which is likely to be 2.45 GHz) and multiplying the frequency in Hz (1 GHz = 1,000,000,000 Hz) by the wavelength in metres (twice the measurement made here) gives an estimate of the speed of light in metres per second.