The most porous manmade materials, metal–organic frameworks, are pushing towards commercialisation. Elinor Hughes tracks their progress 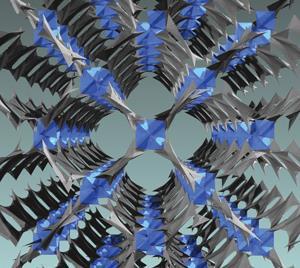 Research into metal–organic frameworks – better known as MOFs – has gathered momentum, thanks to potential applications which could impact several aspects of our lives in the near future. From how we power our vehicles to the way medicines are delivered into our bodies, MOFs could spell big changes, but only if they are deemed commercially viable.

MOFs are structures with metal clusters or nodes at their corners pulled together into a three-dimensional honeycomb material by organic links. For them to be classed as MOFs, the structures need to have some cavities, says Omar Farha at Northwestern University in Evanston, US. The result is a material that is highly porous, and it is these pores that give MOFs their sought after properties. ‘These materials have some of the highest surface areas you can get – thousands of square metres per gram,’ explains Russell Morris from the University of St Andrews, UK. ‘A gram of material that fits into the palm of a hand can have as much internal surface area in the pores as a football field and it’s on this internal surface area that things can happen.’ 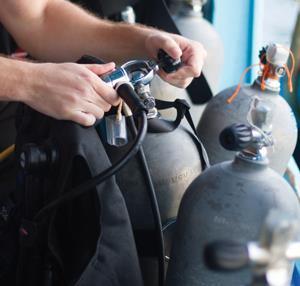 One of these things, which is garnering interest from major industrial players, is capturing and storing gas molecules. Gases, such as hydrogen and methane, can be stored inside MOFs at much lower pressures than when using conventional gas tanks, so the gases could be used as an alternative energy source in vehicles. Despite there being many other porous materials - such as activated carbons, porous organic polymers and zeolites – MOFs stand out as unique because they have the highest surface areas of all. ‘The greater the surface area, the higher the capacity for gas storage,’ says Omar. ‘Gases interact with surfaces a lot more than just empty spaces. Most likely, on your hand, there are more gas molecules than there are in front of you in an empty room.’ MOFs are also very tuneable. ‘You could introduce different functional groups, different topologies and different cavity shapes, which would be difficult to do with the other materials,’ says Omar, whose research team has used these properties to develop MOFs for catalysis, gas storage, gas separations, sensing and light harvesting.

Omar’s biggest breakthrough to date is discovering that supercritical carbon dioxide can be used to form MOFs with ultrahigh surface areas. When the solvents that are normally used in the process of making MOFs are removed by heating, the MOF collapses, reducing the internal surface area. Instead, the team used supercritical drying as an activation method. They did this by exchanging the solvent used with liquid carbon dioxide. The sample was taken above the critical point of carbon dioxide – a temperature of 31 °C and pressure of 73 atm – held for 30 minutes then vented. The team suggest that the surface tension that is present with solvents is eliminated, preventing pore collapse. They found that this method led to MOFs with a 1200% increase in accessible surface area.

Another big breakthrough was the discovery by Russell’s team that MOFs can store and deliver medically active gases to the human body. The team’s current focus is on delivering antibacterial medicines and wound healing materials, a project that netted them the Royal Society Brian Mercer Award for Innovation in 2012. ‘We’re particularly interested in gases such as nitric oxide [NO]. It’s quite toxic, but in really small amounts, it has therapeutic properties,’ explains Russell. NO is probably better known as a toxic gas released by cars, but the human body produces it in small amounts inside blood vessels. It controls how muscles around the vessels contract and expand, which in turn controls blood pressure. Diabetics produce less NO, which affects their ability to heal wounds. So Russell’s team designed MOFs to deliver nitric oxide to the skin to aid wound healing. ‘Controlling the delivery is particularly important for us. You want the right dose of gas in the right place at the right time and at the right rate. With MOFs, you can control the delivery really well,’ he says. This is done by absorbing NO molecules into the MOF’s pores; the molecules attach themselves to the metals in the structure. They are held there until the MOF comes into contact with water, such as moisture on the skin. The water molecules are absorbed in the pores and displace the NO, which is released into the skin. Having already carried out clinical trials on human skin, the next challenge for the team is finding a way to store the MOFs safely and deliver the gas in only beneficial amounts.

Even though the recent explosion in innovation gives the appearance that MOFs are newcomers to the scene, they were actually discovered in the 1950s. It took a further four decades before potential applications were being explored. ‘There wasn’t lots of activity in the 1950s. Pockets of people discovered MOFs and to start with, they weren’t classed as materials in their own right,’ explains Russell. ‘It wasn’t until the early 1990s that Richard Robson at the University of Melbourne, Australia, came up with the idea of nodes and spaces, where the nodes are the corners and the spaces are the metals, and that if you put these together, you can make highly porous materials. It was later on in the 1990s that people started to make porous materials for applications and then it kicked off.’

This push towards commercialisation has seen research into MOFs change from fundamental research to tailoring structures for applications. ‘When MOFs were first discovered, everybody got really excited,’ says Russell, ‘which means there were lots of exploratory systems for making new ones.’ This led to thousands of papers on MOF synthesis. In fact, the number of MOFs made far exceeds that of other porous materials. There are more than 15,000 MOFs on record at the Cambridge Crystallographic Data Centre, according to Omar. ‘With zeolites, there are not more than 200, I think,’ he says. 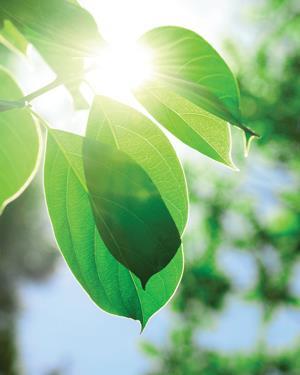 But now, the focus is on making use of MOFs’ large surface areas in real life applications. ‘There’s an arms race to discover new applications,’ says Russell. ‘With gas storage, it’s a very goal oriented project,’ agrees Omar. ‘If you look at where the big funding comes from, government agencies want to fund the stuff that’s close to commercialisation.’ However, he is keen to point out that there remains plenty of room for basic research with many applications, such as light harvesting and even some catalysis applications still in their infancy. ‘Which is good because as a scientist, if the only thing I’m looking at is applied research, then I lose my reason for becoming a scientist,’ Omar says.

With MOF research now at full throttle, the first commercialisation must be around the corner. But in order for that to happen, Omar concedes that it has to make financial sense. ‘Take, for example, natural gas storage for use in vehicles: you would have to have a good proposition in terms of value,’ he says. For the industry to switch from petrol or diesel to natural gas, they need to factor in the cost and lifetime of the material. ‘If the cost and lifetime make sense, there is a good reason to switch,’ says Omar. In the meantime, some applications from Russell’s spinout company, MOFgen, are close to becoming marketable products, but he has no idea how long they will take. It depends on how much registration is needed and the time needed for clinical trials. ‘Hopefully, it’ll happen quite soon for some of them,’ he anticipates. ‘That’s the final test of whether the research is successful - when it can be translated across into the real world and be commercialised.’

Reaching out to others

In line with tailoring MOF structures for new applications, the way that research groups operate has had to change too. ‘In general, the field has become more collaborative,’ says Omar. At Northwestern University, which is one of the hubs for MOFs research, three groups of researchers – focused on modelling, synthesis and testing - work together towards a common goal. Also, academic laboratories and commercial entities form one team to go after a specific grant. This is becoming more common, points out Omar, but as a fledgling industry it is not without its uncertainties. ‘The more funding in the field, the more jobs you create. I hope I’m correct. How many jobs are we creating? I don’t know,’ he adds. ‘The MOF field is a very hot field; a lot of people are coming into it and industrial partners are starting to think about it more seriously.’

Russell’s team also collaborates widely with other groups bridging both academia and industry. Among their collaborations is a project with the British Heart Foundation looking at MOFs’ use in cardiovascular medicine. ‘Understanding the fundamentals is really important for the longer term applications, but you can’t make MOFs in large amounts without talking to chemical engineers; you can’t apply them in medicine without talking to doctors and biologists. There’s no way we could do the medical side,’ says Russell.

A big challenge faced by both teams is obtaining finance for commercialisation. ‘To get that, more industrial partners need to become interested in these materials. More industrial partners means more competition, which is a healthy thing. We hope to get to the target faster that way,’ says Omar. For Russell, it’s about making the MOFs cheap enough for commercialisation. ‘There are lots of difficulties when developing new materials,’ he says. ‘We have to get them through the legislation, they have to be safe to use in the body, for example. But we are well on the way to doing it in several cases.’ 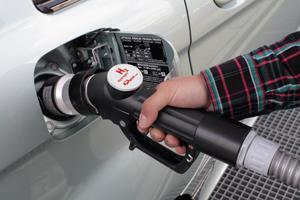 Omar’s hopes for the future come from a basic research point of view and a commercial one. He wants to target new applications in which MOFs can accomplish things that other porous materials cannot, so that their potential uses can be expanded. And he wants to see the first MOF being commercialised as soon as possible. ‘That is important to me because that gives credibility to the field,’ he says. ‘Then everybody in the field benefits. If industry and government see MOFs being implemented in applications, more funding becomes available.’ ‘The applications side is just starting to take off; it’s still on an upward trajectory,’ adds Russell. ‘It hasn’t got to the stage where there’s a massive industry behind it. But there are half a dozen small spinout companies that are starting to develop MOFs - their manufacturing process, applications on the fuel side of things and hydrogen storage and gas storage. And there are bigger companies with lots of interest so there is investment going on. It’s still at that stage where the investment hasn’t quite paid off yet for the big industries, but that’s how these things work.’

‘As a community, we’re in a very good position now to really push on and develop the applications, whatever they are,’ says Russell. ‘People in the field should keep doing what they’re doing because this is a field that has exploded,’ agrees Omar. ‘A lot of interesting things have come out of the last few years. As long as we stay on the same trajectory, this field will be hard to beat.’