Striving for an inclusive curriculum

Nazira Karodia, deputy vice chancellor of Edinburgh Napier University, grew up in South Africa during apartheid. ‘That experience of being born under apartheid and being educated under apartheid really focuses one to strive for equity and to strive for fairness,’ she says. Nazira and her young family moved to the UK 30 years ago so she could study for a chemistry PhD at the University of St Andrews. As Nazira has climbed the career ladder, she has become increasingly focused on helping marginalised and under-represented students succeed at university.

Previously pro-vice chancellor for regional engagement and a science education professor at the University of Wolverhampton, Nazira moved to her current role in September 2021. There, she was heavily involved in the (still ongoing) development of an inclusive STEM curriculum. ‘I took a lead on the social justice side of things, which included decolonisation,’ she says. 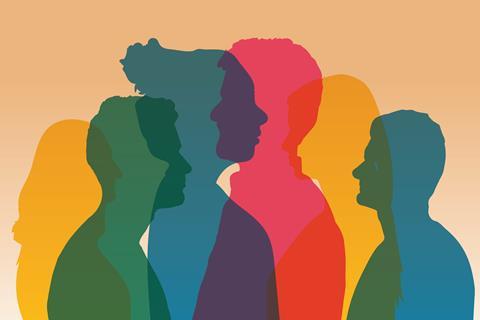 Every voice matters: students are acutely aware of social issues and should be involved as key players in decolonising course content

Together with her team, Nazira decided that changes needed to be informed by STEM students’ lived experiences under the current course content, teaching and learning practices. A three-stage research project was designed to enable this. The project addressed decolonisation and also explored other known diversity issues such as gender, sexual orientation, disability and socio-economic background.

This intersectional approach is really important as it isn’t possible to pin a student’s lived experience down to one single factor, Nazira explains. Participants were recruited from both the University of Wolverhampton, which has a diverse student body, and from a second university, which has a predominantly White British student population. ‘The [staff from the second university] were keen on hearing their students’ views and [their involvement enabled] a comparative perspective,’ says Nazira.

The first stage of the research project involved online diaries, with 38 students anonymously documenting their learning experiences over the course of four weeks. ‘In the first week, students could talk about any type of prejudice bias that they wanted,’ says Nazira. Prompts given included when and where did it occur, who was involved, what happened, how did you respond, how did it make you feel, and what could have been done differently. In the following weeks, students were given YouTube videos and blogs to watch and read, and they were asked questions related to that content. Decolonisation, ethnicity and gender were the themes for these weeks

If people can see other people like themselves who have achieved great things, it inspires them and proves that it is possible

In the second stage of the project, students completed a written survey on matters related to inclusivity, diversity and representation. A total of 133 undergraduate and postgraduate chemistry students from across both universities participated. In the survey, students were asked to comment on the importance of highlighting contributions from under-represented groups in course content. Around 80% of those surveyed said it was of moderate or high importance to do so for researchers from ethnic minorities and for women. For scientists with disabilities, it was around 75%, and for LGBTQ+ scientists, it was around 70%. ‘Our STEM students are so aware of social issues,’ says Nazira.

The final stage of the project involves a focus group comprised of four Wolverhampton chemistry students and some academic staff working together to devise ways to improve the content, delivery and assessment of one module. ‘The focus group discussions were structured around the themes explored in the previous stages of project,’ says Nazira. The final throes of this work are currently underway at Wolverhampton. The second university isn’t involved in the final part of the project.

Changes to the Wolverhampton module are planned for implementation in the 2022–23 academic year, and Nazira expects to publish the study results at a later date for others to learn from. ‘The chemists at Wolverhampton are also introducing some changes more broadly to the chemistry course such as scrutinising reading lists, and, following evaluation, they will share their findings with colleagues across the faculty and the whole university. If their changes are impactful, they will recommend these changes,’ Nazira explains.