Under the influence: beer leads to bangs 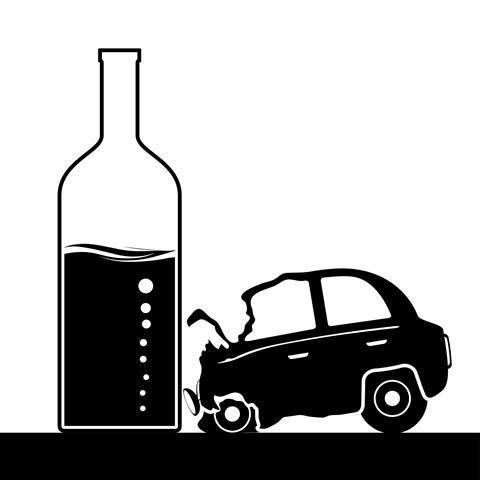 Having alcohol or a psychoactive drug coursing through your veins while driving is foolhardy. It results in impaired judgement and driver errors, which can lead to innocent people being injured and killed.

With greater car usage, and a rise in drunkenness, efforts in the fight against the drunken driver must be relentless. So what role does chemistry play in catching the criminals?

Introduced in 1967, road-side breath tests used the tube and bag apparatus — later to be known as the breathalyser — to measure a motorist’s breath alcohol concentration (BrAC).

A positive result was indicated where the BrAC was greater than 35µg ethanol per 100ml blood. A motorist failing this test would then be required to provide a sample of blood or urine at the police station for further analysis.

Back in 1967, the breathalyser comprised of a glass indicator vial containing yellow crystals of potassium chromate. At the time of the test the police officer would snap off both ends of the vial, leaving a tube of crystals. One end of the tube was then connected to a mouthpiece and the other end was connected to a non-elastic bag that had a capacity of one litre.

The motorist being investigated had to blow through the tube until the bag was fully inflated. If alcohol was present in the breath the crystals changed to green, due to the reduction indicated below. How far the green colouration moved along the tube was proportional to the motorist’s breath alcohol concentration.

These days the police use an electronic instrument that uses a fuel cell as the alcohol detector; the alcohol is oxidised to acetic acid at the anode generating an electric current. This method offers greater accuracy, and is more reliable and easier to use.

If a roadside test shows a positive indication for alcohol, the motorist is escorted to the police station to take a second breath test. The instrument currently used for police station testing is similar to the infrared spectrometer found in analytical laboratories.

A beam of infrared light is passed through the breath sample contained in a gas cell which is heated to prevent condensation. Parallel to this is a reference cell containing air. Several ethanol absorptions are monitored (C—O, O—H, C—H and C—C bonds) and compensations automatically made for water vapour. A microprocessor ensures that an accurate and reliable result, indicating BrAC, is available in a matter of minutes.

The modern instrument produces a digital readout of the BrAC and will correct for interferences, such as acetone which is found in the breath of a diabetic.

When further testing is called for, a blood sample is sent to the forensic laboratory where headspace gas chromatography (GC) is performed. This method is reliable, accurate and has the advantage of being automated so that many samples can be processed rapidly.

The blood sample, diluted with suitable solvent and containing an internal standard, is placed in a gas-tight vial with a septum and heated in an oven to 60oC so that complete vaporisation of the alcohol occurs. The known amount of internal standard ensures accuracy of results where there are minor variations in the volume of sample injected into the GC.

In headspace analysis, a volume in the gas-tight vial is removed by means of a syringe needle (manual or automated) being pushed through the septum. The vapour is then injected into the GC. The details of the actual GC analysis are as reported in an earlier article (InfoChem, no.123, page 2). The quantity of ethanol and internal standard are measured and the result fed to the computer which then reports the blood alcohol concentration.

In addition to the internal standard there are calibration standards comprising different concentrations of ethanol. The rigorous use of standards ensures reliability and precision that is all important in this type of work.

What the results mean 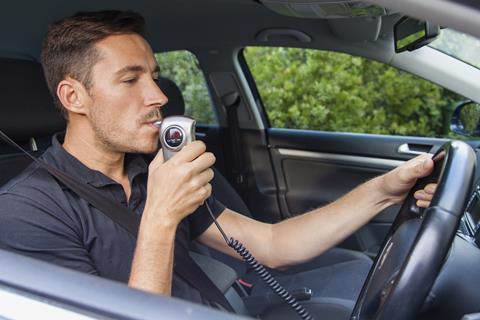 To establish an individual’s state of intoxication requires an understanding of how alcohol behaves in the human body, how this behaviour is affected by different circumstances, and how individuals differ.

Obviously the strength of the drink and the volume consumed largely determines how fast intoxication occurs, but there are other factors. Drinking alcohol on a full stomach gives a lower rate of intoxication than drinking on an empty stomach. Also, drinking carbonated alcoholic drinks provides for quicker absorption of alcohol.

The important factor for the police to know is what the BrAC was at the time of an incident and this calls for a back-calculation. In general, the removal of toxins from the blood follows first order kinetics so the rate can be quantified by the half-life. However, large amounts of alcohol behave differently in the body as it saturates the enzyme system involved in its breakdown.

The result is that alcohol in the blood is removed at a constant rate, which allows easy back-calculation of the BrAC. Despite there being a few variables that may influence the rate of elimination a reliable estimate can be arrived at using a simple equation.

Chemistry is at the forefront of the fight against the drunken driver. There are many people alive today thanks to the introduction of roadside screening back in the 1960s. Then, the test was crude and results were not totally reliable but today’s testing is reliable and accurate.

Chemists have learnt a great deal about monitoring for alcohol and now some of this knowledge is providing the foundation for testing the motorist for a growing range of other psychoactive drugs that affect a driver’s performance.