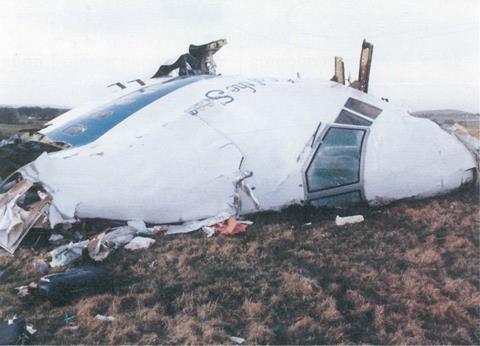 On 21 December 1988 Pan Am flight 103 left Heathrow Airport bound for New York. When the Boeing 747 was 31 000 feet over Lockerbie in Scotland it dropped from the sky, killing all 259 passengers, the crew and 11 people on the ground. The devastation was made worse by 91 tonnes of fuel exploding when one of the fuel tanks hit the ground. But what was originally thought to be a tragic air accident turned out to be Britain’s biggest mass murder. How was this conclusion reached?

As is usually the case, the forensic investigators began with a visual inspection of the scene before collecting any samples for future analyses. This was not straightforward at Lockerbie, there were human remains and aircraft fragments spread over 845 square miles. Significantly, they found one piece of metal that was torn and twisted in such a way that only an explosive device could have caused the damage. On recovery, the flight recorder confirmed that everything was working correctly immediately before the plane disintegrated.

The metal fragment was identified as part of the forward luggage compartment, so the investigators looked for other debris that indicated close proximity to the source of the explosion. They found bits of a Samsonite suitcase, a blue Babygro (Primark) and fragments from a Toshiba radio-cassette player.

Eventually, tens of thousands of parts were collected, which enabled most of the Boeing 747 to be painstakingly reconstructed in an aircraft hanger in Farnborough. The forensic investigation, which in the main involved chemical analyses and detailed visual inspection of the debris, was done by scientists at the Royal Armaments R&D Establishment at Fort Halsted in Kent.

Chemists focused on the surface of the twisted metal fragment, which was pitted and blackened. Blackening is produced by un-burnt carbon from explosive organic compounds; pitting is associated with small hot particles being blasted into the metal surface.

By using capillary gas chromatography (GC), they were able to detect and identify explosive residues – ie volatile organic compounds – on the metal. They collected a sample for analysis by wiping the surface with cotton wool moistened with solvent, such as acetone (propanone), and injected an extract (ca one microlitre) from this into the heating chamber of the gas chromatograph, where it evaporates. The vapour produced mixes with a flow of helium (the carrier gas), which carries the sample vapour to a coiled capillary tube (the column). This tube is coated on the inside with a wax (usually a silicone wax) and is maintained at an elevated temperature inside a precision oven. In the vapour mixture the molecules experience forces of attraction with the wax. Different molecules are attracted to different extents, causing the molecules to become separated as they flow through the capillary tube.

As the separated molecules emerge from the capillary tube they are carried to a detector that produces an electrical signal. Finally, the signal goes to a computer attached to a chart recorder and produces the chromatogram that shows a set of peaks, with each peak corresponding to a particular compound. In the case of organic explosives, quite often a particular explosive can be recognised, not only by the main peaks, but also by peaks from traces of reactants and other compounds used in the manufacture of the explosive or formed during the explosive reaction.

By comparing the chromatograms with those obtained from standard compounds, the chemists concluded that the surface resides from the metal fragment clearly showed the presence of PETN, pentaerythritol tetranitrate (1) and RDX, cyclotrimethylenetrinitramine (2). It is common for traces of unexploded material to remain after the blast and become impacted into surrounding materials, and other compounds detected confirmed that the explosive was Semtex H, a plastic explosive manufactured in the Czech Republic. Calculations showed that the mass of explosive was around 400 g. 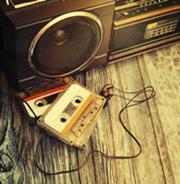 In cases where materials are torn apart scientists will inspect the fragments visually, possibly using the microscope or even a hand lens. Fibrous materials, in particular, provide useful information. In the Lockerbie case, scientists examined fibres from the blue babygro as well as fragments from the splintered edges of the Samsonite suitcase, both of which provided vital information in reaching the final conclusions.

Clothing labels from fragments of material, showing close-range blast damage, suggested a Maltese connection and it was not long before police had traced the shop that supplied the clothes. The assistant handling the sale was to become a key witness because he remembered that it was a man of Libyan appearance who had bought the clothes. The assistant’s memory was especially clear because he remembered the customer’s behaviour was not quite normal. A picture was beginning to emerge from the jig-saw of hundreds of thousands of bits of information.

The forensic evidence supported the theory that an improvised explosive device (IED) was in the suitcase when it was placed into the cargo hold. The bomb, activated by an electronic timer, exploded when the aircraft was over the Lockerbie area, causing a 20-inch diameter starburst hole in the aircraft’s skin. Flying at almost 500 mph, the airstream stripped off the panels and caused catastrophic damage to vital hydraulic and electrical equipment that threw the aircraft out of control. From then on the aircraft disintegrated.

As in many forensic cases chemical analysis played a vital role in solving it. In this case the culprit was found, convicted of murder and a sentence of 27 years imprisonment imposed.