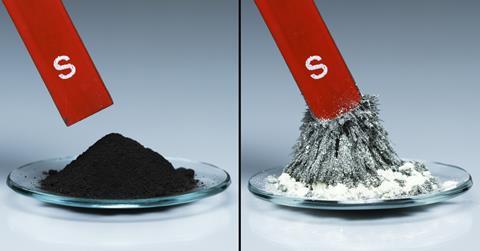 Use examples and non-examples to help students grasp a new concept, such as a mixture and a compound in your explanation of compounds

I suspect most of us have had limited training in how to deliver effective explanations. During my PGCE, I remember watching a video of Richard Feynman, but that’s it. And DfE Teacher’s Standards make no mention of the need for clear explanations. For too long explanations have been an underdiscussed and underdeveloped area of pedagogy – we have just assumed teachers get it right naturally.

Of course, we don’t naturally get it right, and I’ve spent a long time trying to figure out how to effectively communicate explanations. I can’t recreate all of that here, but I can give you a few quick tips.

As this example shows, student attention is a fickle beast and can be pulled hither and yon by the slightest distraction. Using images alongside speech or text is an effective way to circumvent the restrictions on our students’ working memories. Narrative flow in your explanation can also help students move seamlessly from idea to idea as you build complexity.

A good way to incorporate all of this is to take a live drawing approach. Put simply, you build your diagrams and explanations from scratch, slowly. Make sure not to overload your students with information or split their attention, and be explicit about the areas of your drawing you want them to attend to.

My first tip is therefore: Start from a blank canvas and build your diagrams slowly, minimising distraction and directing attention throughout.

‘Inverse distance weighting is a type of deterministic method for multivariate interpolation with a known scattered set of points. The assigned values to unknown points are calculated with a weighted average of the values available at the known points.’ (Wikipedia)

This probably doesn’t make much sense to you. There are words in this passage that you know, but as it is, I doubt you could come away from reading it understanding inverse distance weighting and know how you could use and apply it. However, with a few examples and applications, I imagine you would get to grips with it.

You could reasonably counter there is no harm done, but put yourself in the student’s shoes. They might already be intimidated by the difficulty of our subject. By opening a new topic with something unintelligible we run the risk of them thinking it is too difficult and switching off.

The best explanations always go from the examples to the definition. Build up a picture of the new concept, talk about it in a way that students can understand, and finish with ‘and scientists call this _____’. Only then provide your students with a clean and clear definition.

This is part of the reason why in this article I’ve taken the unusual step of putting the tip after I have exemplified it: doing so allows you to understand the tip first, and then see it in a summarised form.

My second tip is therefore: Go from examples to definitions.

Showing students images of various elements will only get you so far in communicating the definition of an element. The next best step is to show them an example of something which is not an element and explain why it does not meet the criteria for being an element.

To narrow down and refine student understanding of any concept, show them something which is not that concept. This sharpens the boundaries in students’ minds between ‘this’ and ‘not this’. You can do this in practice work and checks for understanding as well. A question like ‘explain why this is a compound’ will be more effective when accompanied with ‘explain why this is not an element’.

My third tip is therefore: Use non-examples.