Introduce the fascinating properties of materials with these escape room puzzles 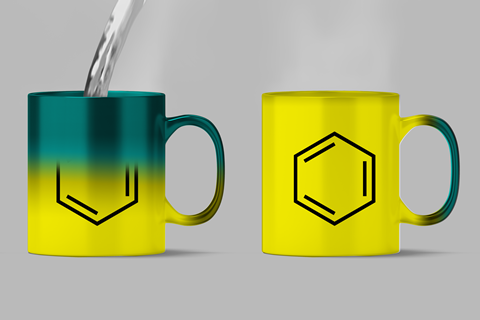 In this third escape room article, students use the unique properties of modern materials to reveal surprise messages or codes.

If you want to use the codes to reveal a reward, a cheaper alternative to multiple locks and boxes is to use an online form such as a Google form. When a student enters a correct code, a new page for the next puzzle is revealed. The final code reveals the combination for a lock to the reward-containing box.

The puzzles and answers below as MS Word and pdf. 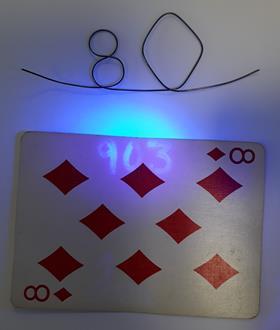 You will need a wiregram made of nitinol (an alloy of nickel and titanium) that changes into a set shape when heated (in this case the number and suit of a playing card). Wiregrams are available from online magic shops for a few pounds.

Write the lock code in UV pen across the playing card that matches the wiregram. Write random numbers on the rest of the playing cards in UV pen. The students use the clue to figure out that they need to dip the wiregram in hot water to reveal the card. They find the correct card and use a UV torch to reveal the code. This puzzle introduces uses of memory metals (stents, robotics) as well the chemistry of nickel and its alloys. 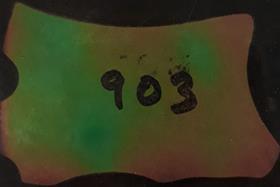 Write the code in black marker on a small piece of thermocolour sheet. This is a sheet material printed with thermochromic liquid crystal ‘ink’. It will change colour (red /green/blue) when heated above 27°C. Simply placing the sheet between the hands reveals the code. This puzzle can be a starter activity for exploring liquid crystals and their use. 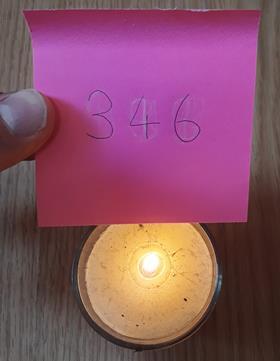 As a follow-up for older students, the thermochromic ink can be used to calculate the speed of light using a microwave. 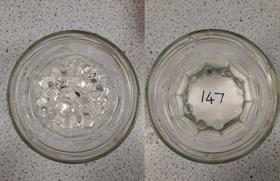 Plant water storage beads (also known as aqua beads) are made of a hydrogel polymer that can retain many times its weight in water. Write a code on a piece of paper, laminate and cut it to size to fit at the bottom of a glass beaker. You can hydrate the beads overnight and then fill the beaker with them, so the code is undecipherable. When students add water, the message becomes visible, as the water crystals have the same refractive index as water.

There are many more activities you can do with hydrogel beads. 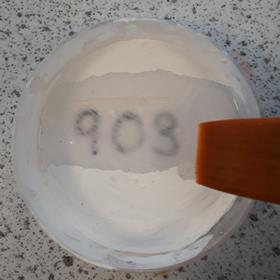 Puzzle 5 – A brush with hydrochromic paint

Hydrochromic pigments change colour or produce a colour change when exposed to water. The most common type of reversible hydrochromic pigment (for example the paint supplied by Mindsets) works by forming an opaque film that covers a coloured image or pattern. When the film is exposed to water, it becomes transparent and reveals whatever is hidden underneath, appearing to change colour. As the film dries, it returns to its opaque state and covers up the image or pattern.

Paint a petri dish with two coats of hydrochromic paint and write a code on a piece of paper, then place this under the dish. Students use a wet brush to make the paint transparent and reveal the code.

When students put this new combined sheet in a beaker of water and view it from above, the paper and the writing on it become invisible and reflective. The code on the transparent sheet remains visible.

Fire starter at the movies

Thanks to Sandrine Bouchelkia and her science club at St Paul’s Way Trust School for the idea for puzzle 6.