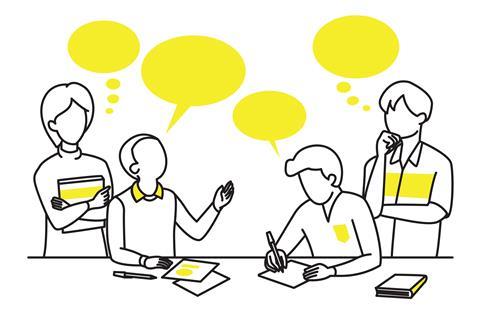 Keeping students engaged in practical work is a big issue. It’s easy for students to get distracted when surrounded by exciting chemicals and apparatus. In addition, many experiments students do are ‘recipe-book’ practicals: students don’t need to be captivated to be successful. The links between the experiment and the theory often seem obvious to teachers, but it can be hard for students to see the meaning behind the process and so they switch off.

A ‘crucial experiment’ is designed to differentiate between two competing theories. It is possible to show that one theory is more likely to be true than another by performing such an experiment. Teachers know that students love a battle or debate. They also love a story. Cognitive scientists have argued that a lesson presented as a story is an effective way to ensure students are invested in the answer. A conflict, as a key element in a story, engages students in the lesson and makes them more likely to remember the learning. If a demonstration or a practical can distinguish between two competing, or conflicting, explanations then students are more likely to see the point of the practical work.

Here are a couple of examples of crucial experiments that can be used in chemistry lessons.

Initially, students are shown the reaction between lithium and water and then they are given two competing theories about whether sodium is more or less reactive than lithium to debate. For example:

Both theories sound reasonable, but the students can’t work out which theory is ‘true’ without testing sodium. This means that when sodium is added to the water the students are intellectually engaged in the result, rather than just enjoying the drama. They can then use the ‘correct’ theory to predict their observations with potassium, which embeds their learning.

Teachers can also challenge higher ability students to come up with a more sophisticated theory, which takes into account sodium’s larger radius and its higher nuclear charge compared to lithium.

Ideas about how an –OH group might affect the reactivity of the benzene ring are a source of conflict when the reactivity of benzene and phenol are compared. Either the oxygen is more electronegative/electron withdrawing than carbon (negative inductive effect), or the lone pairs on oxygen donate into the ring (positive mesomeric effect).

Students can make a prediction about what they would observe in some simple test tube reactions, for example, adding bromine water to test for oxidation, or heating with dilute nitric acid. They then carry out these reactions to determine whether the mesomeric effect is more important to the reactivity of phenol than the inductive effect.

It is important students are fully engaged in learning during practical work and demonstrations, and that practical work is not an excuse for students to chat and not have to think too hard. Otherwise, practical work and demonstrations can be a bit of a waste of time. Chemistry is a practical subject after all. Setting up a conflict between different theories that can be resolved in a crucial experiment is one way to ensure that experimental work is exciting and informative, but also thought-provoking and meaningful.

A version of this article was first published on Emily Seeber’s blog.