How to teach pupils to choose the right graph 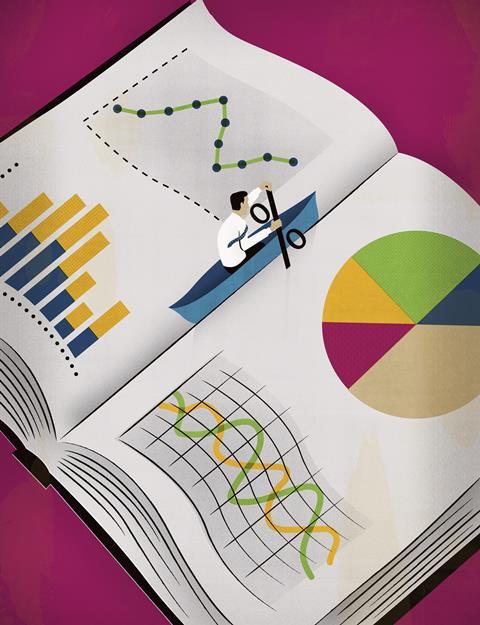 It is easy to bemoan students’ graphing skills: they mix up their axes, use the wrong type of graph, join the points, or use a straight line of best fit instead of a curve. But why do they do this? I believe it’s due to students compartmentalising graphing in maths and sciences, and not really grasping how the two interrelate.

One helpful way of distinguishing forms of data representation across both maths and science would be descriptive and predictive.

Descriptive graphs are used to present the data in a way which is easier to understand and interpret, but doesn’t allow for extrapolation, such as a pie chart showing the percentages of different gases in the air, or a bar chart showing a temperature rise when different metals react with hydrochloric acid. Descriptive graphs are used in the same way in maths and science, so although students may need to interpret some descriptive graphs in exams, or even plot some simple graphs, the main challenge is explaining the results in terms of the chemistry they already know.

A predictive graph, however, allows the reader to extrapolate from the data and make further claims. This could be the hypothetical maximum temperature in an exothermic reaction, or determining the activation energy for a reaction. For GCSE and A-level, students are likely to be asked to plot and use predictive graphs to make further claims by analysing the graph using mathematical techniques. And this is where the cracks begin to show because, while they look like the similar graphs they deal with in maths lessons, there are a number of key conceptual differences. These two, apparently contrasting, approaches can cause students to see graphing practices as distinct for each domain. Making links between the two is a key threshold concept for both science and maths. So what are the challenges and how can we help bridge the gap?

A worksheet on variables as MS Word and pdf and a concept cartoon as MS Powerpoint or pdf.

Firstly, while a mathematical graph portrays an exact function in the form y = f(x), in chemistry students see graphs as something ‘showing their results’ rather than approximating the scientific law which underpins their data. The mathematical relationship is an ideal one and ‘errors’ cannot be accounted for: a point which doesn’t fit on the line doesn’t fit the function or law. However, values determined empirically will be loaded with error, yet we still suggest they can illuminate a law-like mathematical relationship between the variables. No wonder students struggle with understanding lines of best fit.

Secondly, in maths the variables are often not given, but coded as x and y, and the values plotted are just numbers on abstract, but consistent, axes. In science the variables are concrete, vary from graph to graph, and the numbers plotted represent actual quantities. Assigning axes is no longer implicit, students need to characterise the variables conceptually first, and potentially get them into the ‘right’ form, such as 1/T vs ln k: another cognitive challenge.

Finally, working closely with maths colleagues is key: share your experiences with each other. Conceptual bridges are built most effectively from both sides of the river.