Ofqual’s early evidence suggests some students are doing more practical work since A-level reform, and practical skills have not been negatively impacted. But more studies are needed to understand the impact for all A-level students

An interim study of the impact of reformed A-levels on students’ practical skills, suggests there has been no change for either chemistry or physics, and some improvement for biology.

Ofqual conducted the research, using 15 volunteer science departments at 13 universities. They compared practical skills of first year students who sat their A-levels in 2016, with those who sat the reformed A-level, in 2017. Results from 1196 students over the two years were analysed.

In the new A-level course, direct assessment by teachers of students’ practical skills does not form part of the overall grade awarded. This change led to concern that schools might give less priority to practical course work, and so students’ skills would diminish. 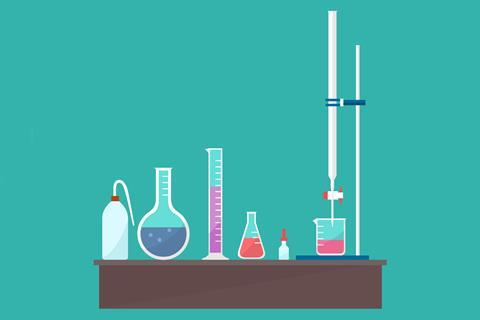 Danièle Gibney, programme manager for curriculum, qualifications and assessment at the Royal Society of Chemistry, is encouraged there is ‘no widespread reduction in practical work.’ She adds that some of her regional colleagues are seeing schools ‘enticed to do more’, as the new course assesses a broader range of skills.

Ofqual commissioned subject experts to design a Practical Skills Measure (PSM), comprised of five or six practical tasks that were on the syllabus for both pre- and post-reform A-levels. Students were observed and assessed as they completed each task in turn, without assistance. For chemistry these included setting up a burette, thin layer chromatography and making up a standard solution. There was no significant difference in the performance of the two groups of chemistry students, whereas 2017 biology students slightly outperformed those who took A-levels in 2016 – achieving 5% more of the PSM criteria.

Danièle says it’s difficult to draw conclusions from the study because of the small numbers involved, and the variation between samples: biology students in both cohorts had a wider range of grades than their counterparts in physics and chemistry, most of whom had A or A*. Indeed, the report’s author points out that the sample doesn’t necessarily reflect all A-level students, and he speculates that the reform is having a ‘differential impact depending on the typical academic achievement of the school and/or student’.

Ofqual plans to repeat the study with science students in the coming academic year.