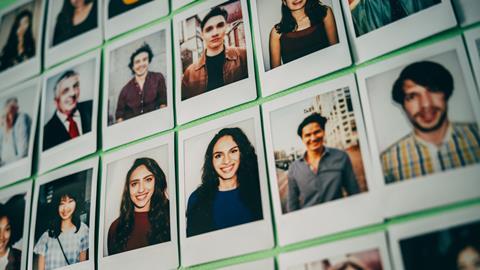 Phone cameras at the ready! Snap a shot of a science technician at work – yourself or a colleague – and post it to techognition.org and social media using #techognition. Preproom.org, who are organising Techognition week, hope to build a gallery showcasing tasks technicians are up to around the UK from the 5–9 March.

As encouragement, Preproom.org are giving daily prizes during Techognition week. Schools can request packs of posters, leaflets, badges and stickers this month that promote the celebration and explain how to take part.

Chris Galvin, director of Preproom.org, hopes the Techognition event, supported by the trade union Unison, ‘can show school leaders and the government that this essential and knowledgeable workforce is more than overdue recognition and improved pay and conditions’.

‘Part of the reason for the poor pay is that those who recruit school science technicians don’t fully understand what the role entails,’ says Chris. Preproom.org’s 2016 survey [pdf], and concerns voiced on preproom.org’s forums, highlight that ‘nowadays, science technicians are a highly skilled, highly educated workforce that have a massive influence on the results of pupils, yet most are still paid the bare minimum and treated like volunteer helpers’.

The 2017 Association for Science Education (ASE) Technician Survey also revealed evidence technicians’ roles are undervalued. Teachers and technicians suggest this contributes to the worrying decline in school technician numbers. Chris points out that, ‘recently it has got worse for many technicians as budget cuts have forced school science departments to downsize their technical support teams while the amount of lessons requiring technician support has either remained the same or increased.’

What next when Techognition week is over?

Chris stresses the hard work continues after the week’s celebration: ‘after technognition week, we will produce a report that we’ll disseminate to as many school leaders as possible, highlighting the need for recognition – not just in monetary terms but also in career development and support.’

Aside from joining in Techognition week, Chris recommends technicians avoid doing tasks not in their contract or outside their working hours and highlight issues with their contracts during performance reviews. He adds, ‘although we advise against taking on tasks not listed on a technician’s job specification, we recognise it may be difficult to do so.’ He also encourages networking using forums and social media: ‘technicians not only improve their knowledge of the role by networking, but vastly improve working conditions through sharing time-saving tips and job specifications.’

‘We also encourage school leaders and governers to spend a day in their science department to see for themselves what science technicians do on a daily basis,’ adds Chris.

Alice O’Connor, vocational registration specialist at the Royal Society of Chemistry recommends technicians register for a professional award to show employers and others high levels of professionalism in the role. ‘Gaining RSciTech demonstrates your competence and shows a commitment to your career and professional development,’ says Alice. ‘It also entitles you to use the designatory letters RSciTech after your name. It’s straightforward to apply and if anyone’s interested in finding out more I’d urge them to contact us on registers@rsc.org’.

Applications are also now open for the Salters’ National Awards for Science Technicians, which aim to highlight technicians’ importance in high quality science practical work in schools and colleges. Applicants need only complete a 400 word online form for chance to receive £1000 to support their professional learning and upskilling.