When six subjects are better than three

Could a proposal for a broad baccalaureate improve prospects for school leavers?

Care to join me on a trip down memory lane? It’s short and relevant to teaching today, I promise.

In the summer of 1989, I sat my A-level exams (and yes, that does mean I have O-levels). In one of the German papers, an essay question asked students to reflect on the Abitur, the German equivalent to A-levels. I still remember much of my answer. In a nutshell: the UK should adopt a similar approach to final school exams, so every pupil could study five subjects, rather than the restrictive three A-levels (four if you did general studies). A broader education at this level just seemed sensible to me (and still does).

End of memory lane. So let’s fast-forward to 2022 and The Times Education Commission, set up to examine the future of education. 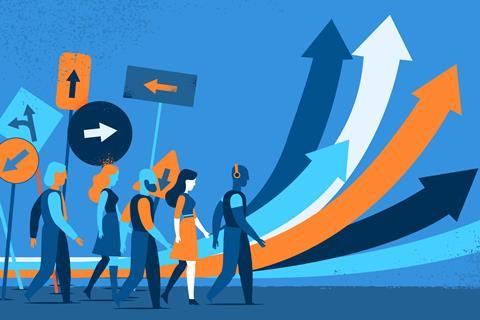 Among the commission’s 12 recommendations is something very similar to my A-level answer: a British Baccalaureate, with pupils studying six subjects. Based on the International Baccalaureate (IB), it could replace Highers, A-levels, T-levels and BTECs in England,  Scotland, Wales and Northern Ireland. In Ireland, the Leaving Certificate already includes six to eight subjects, and offers both academic and vocational strands.

Not only does the recommendation propose a route to increase the subjects students take in their final years of school education, it also gives academic and vocational routes parity of esteem. Like the IB, the proposed British Baccalaureate would consist of two programmes – diploma and career – with the possibility of a mix and match approach.

This broadening of subjects would avoid the detrimental impact of narrowing subject choices at post-16 on career choices. Giving equal weight to vocational and academic pathways is also welcome. School-leaving qualifications shouldn’t be in competition with each other, particularly when both pathways are crucial to our economy and society.