What’s your most memorable teaching experience? The RSC education team recount some of theirs 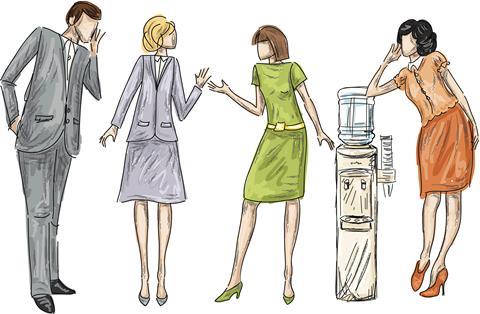 This week, Katherine Haxton, a chemistry lecturer at Keele University, UK, is embracing education blog culture to the maximum with a blog carnival – a favourite past time of bloggers where a host gathers posts on a chosen theme. Katherine’s carnival is open to everyone who wants to share their thoughts on ‘my most memorable teaching experience’.

Many of the Royal Society of Chemistry (RSC) education team were once teachers themselves. We accosted some of them at the water-cooler to tell us their stories.

Giving that student confidence at last

Jenny Koenig, our policy specialist, has worked in higher and secondary education. She tells us, ‘one of my year nine students stuck in my mind because all the way through the course he struggled with writing and concentration.

Then one day I gave the class a couple of photos and very brief instructions on making a spectroscope using a CD and folded paper. This particular student finished it quickly and then was really chuffed when I suggested he go round the class and help other people who were struggling to work out what to do.

It just showed that some students really excel at building things and being practical and that can give them a boost. I was really pleased we’d found something that would make him feel good about science.’

Finally engaging that class … with puppies!

Richard Burton chips in with memories of his teacher training year: ‘I was really struggling with planning engaging lessons. A colleague helped me out with an idea, and I gave a lesson called Save the puppies.

Richard, who looks after our teacher professional development programme, explains, ‘it was based on 101 Dalmatians and the kids were really into it. I set the scene with Cruella De Vil chasing the puppies to the edge of a canyon. The students had to build a contraption to get the puppies across the canyon.

They were independently learning about forces and movement and working together as a team to overcome a problem with the foundation being science. They loved it because of the content, but also that they were free to solve the conundrum themselves.’

David Sait, Education in Chemistry’s digital editor, says his most memorable experiences were ones that reminded him why he enjoyed teaching, ‘like the first time I taught spectroscopy to sixth formers. The students had to identify the unknown compounds by analysing spectra. When one student worked out the right answer for themselves having applied knowledge to a new situation, it was an amazing feeling.’

I’d forgotten, but my students hadn’t!

‘I don’t remember it, but apparently I gave a very memorable demo of turning two pence pieces silver and gold during in my probationary year,’ says Heather Milton, education coordinator for North and East Scotland. ‘At an outreach event last year one of the volunteers was a former pupil and she remembered it well.’

A former pupil Heidi Dobbs met even sung to her to remind her of her memorable lesson. ‘I had a spirited and very mixed ability year seven class and science really wasn’t their thing. I found out quite a few of them played instruments. So I spoke to the music department who were also finding them “spirited”.’

‘Anyway …’ recounts Heidi, who is education coordinator for the Midlands, ‘they wrote a song in science lessons and recorded it in music about the pH scale to the tune of Eye of the tiger. So this student – now a graduate – she sang the song to me!’

Achieving amazement and horror all at once

Richard also recalls, from one of his first observed lessons: ‘I sprayed my hand with glitter before the students entered and shook one student’s hand. I then asked them to all greet each other by shaking hands. Nearly everyone had glittery hands by the end. The lesson was on pathogens and the spread of disease. The kids were amazed and horrified at the same time.’

Water into wine … or, wine into vinegar

Then remembering a less successful day, Jenny adds, ‘there was that time I tried fractional distillation of cheap supermarket red wine in the hope I could get a partially pure sample of alcohol. I did get a clear colourless liquid but it smelled distinctly of vinegar rather than ethanol.’

What’s your most memorable teaching experience? Let us know in the comments below.