An apocalyptic vision of what the future might hold for school practical work in England, Wales and Northern Ireland by Steve Jones 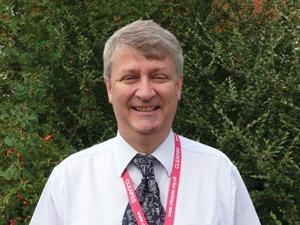 Working at CLEAPSS provides a unique, if at times slightly jaundiced, view of the state of practical work in the nation’s schools. For example, on a recent science department audit, an otherwise positive and well organised head of science reflected to the CLEAPSS adviser that if a practical activity was too dangerous, they wouldn’t do it. Fair enough, but they then went on to qualify this observation along the lines of: ‘It’s fine if you don’t do practical work because it’s optional, a bit like icing on a cake – nice but not essential.’ Unfortunately, this is not an isolated incident.

Many heads of science give ‘Because it’s required by the exam’ as their main reason for doing practical work. This is of particular concern given that at A-level (and GCSE from September 2016) the direct assessment of practical competencies is no longer part of the main assessment regime. The view that ‘If it’s not assessed, we won’t teach it’ may be pedagogically bankrupt but in a profession dominated by the outcomes of high stakes assessment, it does have a sort of perverse logic to it. From a CLEAPSS perspective, it is clear that at least some of those involved in teaching science have forgotten (or maybe never knew) why we do practical work in the first place.

CLEAPSS believes the new A-level science courses offer a significant opportunity to teachers to enhance the contribution made by practical work to students’ learning. Headteachers, however, could be forgiven for only picking up the headline message that the new exam specifications for science only require a limited number of practicals to be completed by pupils (12), missing the point that this is intended as a minimum. There will apparently be dire consequences for students who only do the minimum – they won’t be able to answer some exam questions  – but this is quite a subtle point that is not immediately obvious and depends on the examiner’s ability to write the questions that deliver on  this.

How did this happen?

Imagine for a moment that you wake up one morning to find that school science is no longer a practical subject:

The headteacher (HT) muses that if you only have to do 12 practicals, surely you don’t need all those labs, that many technicians or all those resources? The HT is still recovering from a visit from the local water company who have declared that the laboratories in his school do not comply with the Water Regulations 1999. He is looking at a bill in excess of £15,000 to make them compliant (including £3500 for an industrial dishwasher to replace the £350 one the department has been using without incident for the past 10 years). The water company is muttering darkly about the possibility of huge fines for contaminating the water supply. He would have got the work done immediately had it not been for the head of science warning the proposed solution would stop pupils from doing the practicals they are required to do for the new A-levels.

In the meantime, the bursar (who is now responsible for health and safety) has returned from training and is on a mission to make sure the school has a risk assessment for everything that moves and quite a lot that doesn’t. As a result, the senior science technician is up in arms about the forms the bursar has insisted have to be completed by law for every chemical in the chemical store (there are over 400 of these). The forms are six pages long and the technician is asking for a warehouse to store them, all while remaining quite adamant they are not needed anyway because they ‘follow CLEAPSS’. The HT is not sure what CLEAPSS is but the teachers and technicians are saying they can’t do their jobs without it and for some reason (possibly related to becoming an academy), they are no longer members.

Apparently, the school also holds radioactive materials and this makes them a radiation employer. Apart from wondering if he should be stockpiling iodine tablets against the possibility of the town becoming another Chernobyl, the HT can’t quite work out how to explain to the governors that their desire to be a ‘nuclear-free zone’ might not be as easy to realise as he had first thought. To comply with the Ionising Radiation Regulations 1999, he has to appoint a radiation protection adviser. This used to be done via the local authority but for some reason (perhaps related to becoming an academy) they now have to do this themselves. The head of physics (who has just handed in his resignation having got a job in the financial sector) says CLEAPSS has a solution but you need to be a member. Oh, and whoever takes over as head of physics will need to become the radiation protection adviser. He imagines that finding a suitably qualified physics teacher may present a challenge.

In an unexpected moment of clarity, the HT concludes things might be a whole lot simpler if he just bought the science department a nice new set of textbooks and some colouring pencils.

Of course, none of this is true and this is not really happening … or is it?

Every scenario in this fictitious account is firmly rooted in a real challenge to the future of practical work in school science – the only difference being is that as far as we are aware, no individual school has had to face all of them at once!

For further insights into any of the issues raised, talk to CLEAPSS. We are doing everything we can to keep science practical.

Steve Jones is director of CLEAPSS, a science and technology advisory service for schools