Should we teach chemistry at primary school? 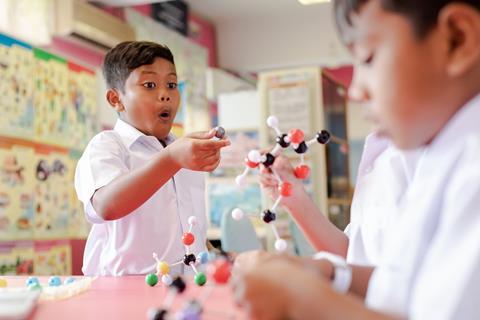 During a weekend walk in the park my then seven-year-old son Tom asked: ‘Dad, what’s the world made of?’ That simple question led me to the fascinating discovery that even five-year olds can easily and eagerly grasp science concepts previously the province of a high school curriculum.

Tom was fortunate his dad was a well-seasoned secondary school chemistry teacher who could make a reasonable fist of answering his question. My challenge though was to find a way to communicate atomic theory to absolute beginners. Tom became my guinea pig. I discovered he could easily visualise a world comprised of a dazzlingly large number of invisibly tiny atoms, joined together in myriad ways, rearranging to make all the physical complexity he could see and touch. 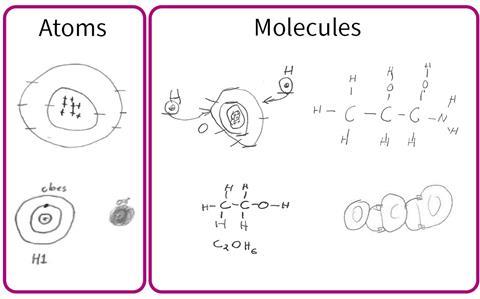 Intrigued by Tom’s fast and effortless learning, I offered to deliver my fledgling atomic programme to his year 3 (eight-year olds) primary school class in Brisbane, Australia. I found his peers also quickly picked up the concepts. Then, University of Southern Queensland science education researchers Jenny Donovan and Carole Haeusler measured the learning outcomes from a 10-lesson intervention I gave to various classes of year 3 and 4 students. Their data showed that primary school students could understand atomic theory to a high level and, crucially, they loved it.

The periodic table is atomic theory’s alphabet. Its letters combine to ‘spell’ chemical formulas, leading into ‘sentences’, or chemical reactions

Atomic theory is science’s biggest idea yet current teaching delays it until secondary school. This is because national curriculums worldwide have adopted Jean Piaget’s stage theory, locking our young children into concrete operational stages which block thinking outside their direct sensory experience. My observations instead fit with Jerome Bruner who posited ‘that any subject can be taught effectively in some intellectually honest form to any child at any stage of development.’

As easy as ABC

We unhesitatingly teach the ABC alphabet to our children from kindergarten. Without learning the alphabet children cannot learn to read and advance in their education. Similarly, the periodic table is atomic theory’s alphabet. Its letters combine to ‘spell’ chemical formulas, leading further into ‘sentences’, or chemical reactions. I believe we can leverage similar educational benefits by giving students 10 rather than four years to grasp science’s big ideas, arriving at secondary school already fluent in atomic theory’s language. Primary students bring an uncontained enthusiasm to class, in contrast to the weariness that can overtake many secondary school students. They recognise this is real, modern science, in contrast to the baby version we now teach them, and that it gives them a window into the 21st century.

Education doesn’t need to be expensive. It needs to be ambitious

For me, it’s like discovering a hitherto hidden national resource, more priceless than mineral or energy deposits, yet hiding in plain sight within the hearts and imaginations of our young people. And the cost of its mining is low. We have already developed a wide range of resources that can be implemented on a shoestring. Education doesn’t need to be expensive. It needs to be ambitious. The job of a curriculum is to engage our children and stretch them so that they flourish. Our children have the right to a curriculum that does not underestimate their ability. The rewards will dwarf any inconvenience in rewriting the science curriculum. I see it as an opportunity.

Find out more about the Atomic School, and see a year 2 class rotating through all three CPA stages.