And could that explain teaching’s retention problems? Francis Green thinks it could 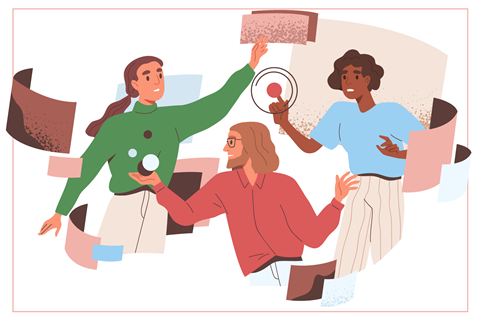 Forget workload and pay, other factors are to blame for the retention crisis in the teaching profession

It must be exhilarating, if challenging, to set out for the first time on a teaching career in Britain’s schools. But, from eye-witness reports in recent years, for some new recruits the strains are not long arriving.

In England, among newly qualified teachers in 2014, some 14% had left after a year; after five years a third had gone. It seems quite a waste. Teacher retention has been declining for some while, and fell again in 2019. What lies behind this trend?

Two answers are commonly given: workload and pay. Workload is typically interpreted in terms of working hours. However, long work hours does not explain why retention has become an increasingly urgent problem, since teachers’ term-time working hours have been relatively high for decades and have not been noticeably increasing. Similarly, teachers’ pay has not notably fallen in the long term behind that of many alternative jobs in the professions.

Work intensity means the ‘rate of physical and/or mental input to work tasks performed during the working day’. Intensification happens when, for example, more tasks have to be done in the same amount of time (those tea breaks and pauses are squeezed), when the tasks become more intensive or when they take longer because of frequent interruptions. I used data from the Skills and Employment Surveys, a nationally representative survey series which naturally includes many teachers, carried out every five years or so.

Secondly, I looked at the percentage of jobs where the work involves working at very high speed at least three quarters of the time: this proportion increased from 16.1% of teachers in 1992 to 57.9% in 2017.

While work intensity was increasing, the level of task discretion was declining. In 1992 some 73% of teachers reported that they had a great deal of influence over how they performed their tasks; by 2017 this proportion was 36%. In short, teachers’ sense of control over their work seems to have diminished – and notably more so than for other professionals.

Having both high work intensity and reduced control or influence over your work indicates high strain in a job, a classic source of stress.

Other aspects of teachers’ job quality – such as ‘working time quality’, job security and pay – did not show any major changes over the years, nor at anything like the rate that work intensity rose or task discretion fell.

My paper does not show why work intensity has risen, nor why task discretion has fallen, but we can speculate. One explanation is that a decline in funding means teachers have more pupils to teach, along with more marking and associated work. An explanation for the decline in task discretion may lie in the increasing bureaucratic and formal requirements of accountability teachers must demonstrate. Yet while these explanations are plausible, the full story will surely be more complex.

Could the recovery we look for in 2021 be accompanied by a serious rethink of teachers’ jobs?

While the paper does not aim to prove the link to the problem of teacher retention, the declining discretion and sharply rising work intensity should prompt a sharpened focus on what needs addressing. These factors have moulded a good part of the changes in well-being and job satisfaction since around 2006.

The enormous extra strains of teaching in the shadow of Covid-19 have come on top of the long-term trends. Yet teaching remains a career choice with the potential for deep intrinsic rewards. Is it too much to hope that the recovery we look for in 2021 might be accompanied by a serious rethink of how teachers’ jobs should be designed, monitored and supported, so as to build on that promise?

Francis Green is professor of work and education economics in UCL Institute of Education. His study, British teachers’ declining job quality, can be found in the Oxford Review of Education (bit.ly/3pj723d).