This hasn’t been a normal summer. And the chaos caused by concerns about grade inflation won’t just affect this year’s students 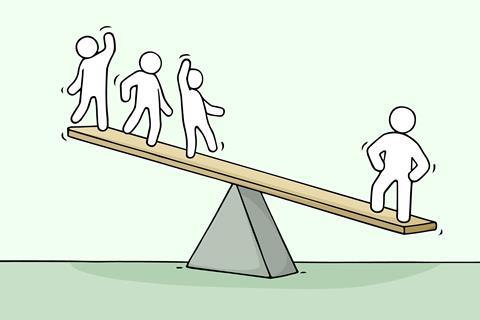 In a year defined by isolation, disruption and new ways of teaching and learning where inequalities in educational attainment have been amplified, it was too much to hope that exam results season would be different.

In truth, once we’d decided to abandon exams and award results based on estimates, governments and awarding bodies faced an impossible task. Where individual students didn’t have the opportunity to prove their ability, awarding a conservative grade would be harsh. On the other hand, allowing grade inflation would devalue results as a whole, disadvantaging students in other years and putting complex pressures on other parts of the education system.

It was the individual against the collective. Which should be favoured? At the level of policy, the answer was unanimous: protect the collective. But what might have been a careful balancing act became a fiasco.

A few weeks on from Gavin and Boris’s oil tanker-rivalling U-turn, what still surprises me is how nobody saw this coming. This wasn’t just the fault of one incompetent government, most education systems followed the same approach, and, in the end, all walked back in the face of public outrage.

If you want a clearer picture of how inequality perpetuates, I can’t think of one

Centre assessment grades (CAG) were a sensible approach, and trusting teachers’ judgement was very welcome. But it was widely acknowledged that these would be inflated compared to previous years’ ‘real’ results. This isn’t because teachers couldn’t be trusted, it’s because in real exams some students underperform. Teachers couldn’t guess who those students would be. So, a system was needed to bring CAGs in line with realistic results.

But, just as teachers shouldn’t pick students to flunk their not-actually-happening exams, neither should an algorithm. The best standard we had to adjust results against was previous performance of cohorts within any student’s school. The outcome was obvious: students were graded on the collective historic performance of their school. In a system as unequal as the UK’s, this meant students from poorer backgrounds were punished, while those at independent schools faired unsurprisingly well.

If you want a clearer picture of how inequality perpetuates itself, I can’t think of one.

In the absence of a more nuanced way to walk the impossible tightrope, awarding CAGs was the right thing to do. But it’s not without cost. Grade inflation has complex, non-linear consequences, but some immediate consequences are clear.

With benchmarked entry requirements rendered useless, universities are now facing severe pressures. Popular universities have expanded their intake – a particular problem for chemistry departments already working out how to teach practical skills safely. But where some universities are taking more students, others must be taking less. Faced with reduced intake, and funding, universities that aren’t usually students’ first choice will be making difficult decisions around supporting suddenly undersubscribed courses.

And assuming exams take place next year, who would want to take them? Those students face a future competing with a significantly advantaged cohort for progression through education and, ultimately, employment.

In trying to avoid grade inflation as vociferously as we have, we’ve made it much worse than it might have been.

Paul MacLellanPaul is managing editor of Education in Chemistry