Herculeaum is a special case of art in an archaeological setting. So how is it conserved?

How did Herculaneum survive?

79 CE and the mountain, Vesuvius, erupted. The ash and other volcanic debris fell, poisonous gases overwhelmed the towns, and cities to the east and south east of the mountain (see Figure 1). 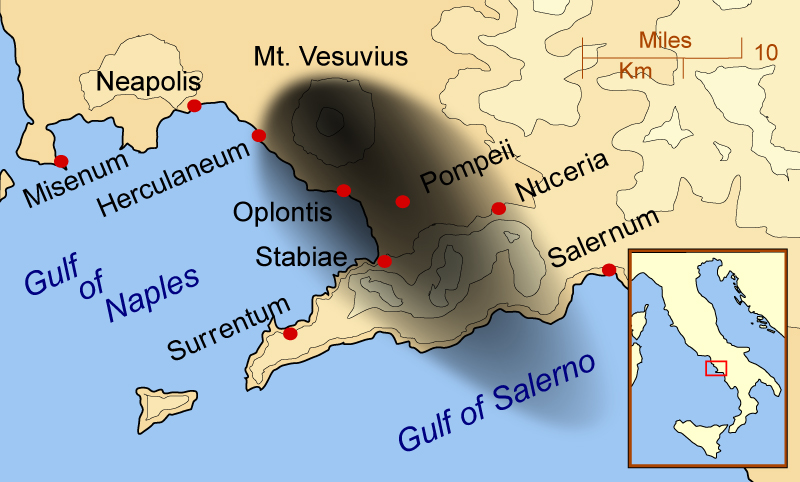 Figure 1: The Roman settlements affected by the eruption of Vesuvius in 79 CE.

The black cloud represents the general distribution of ash and cinder. Modern coastlines are shown.

Herculaneum and its neighbouring city of Pompeii were two of those places covered by the volcanic debris (See Figure 2a & 2b). 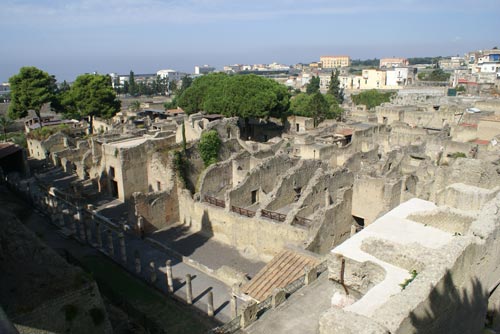 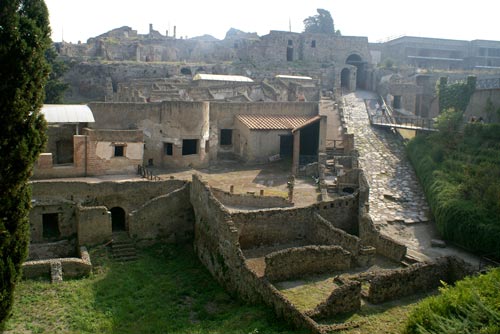 Pompeii was covered in a layer of ash and pumice pebbles (lapilli) some 10 metres deep. Herculaneum was encased in compacted layers of volcanic material, consolidated into rock to a depth of up to 25 metres, and was well preserved. The eruption completely obliterated the towns but ironically was the cause of their longevity and survival over the centuries.

Organic features such as wooden beams and furniture, and upper floors in many houses can be seen. The problem for conservers is that wooden material is particularly fragile, putting the site in constant danger of disintegration. This means that sustained efforts must be made to conserve the wood if the town is to be studied see Figure 3. 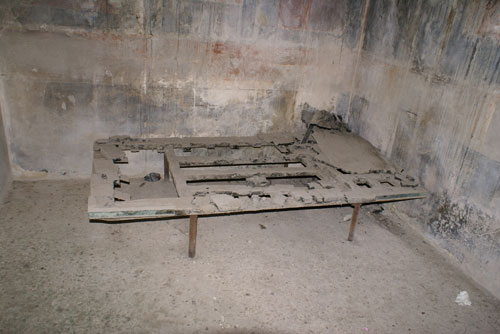 Figure 3: A Roman bed found in the ruins of a villa in Herculaneum

Excavation of the cities has allowed us to study a wealth of information on Roman life but, in this form of art, conservation and excavation must go hand in hand. The act of excavation without careful methods and measures can, and will, bring deterioration to the materials and works of art that are found there.

That deterioration can be fast or slow depending upon conditions and can be classified as natural effects and human action. In Herculaneum, problems of this sort include paintings suddenly exposed to light, buildings worn by weathering, erosion and water damage, and inappropriate excavation and reconstruction to outwit theft and vandalism.

Excavations started on Herculaneum in 1738 and have carried on ever since. All buildings excavated have been exposed to weather and human action ever since.

A building buried in ash in 79 CE and exposed later because of excavation is likely to be unstable and prone to collapse. The choice is to shore these buildings up, cover them again or develop preservation methods. The problem with preservation is it will change the character of the building or make it difficult to allow it to be researched later when new improved research methods are developed.

Many artefacts found in the excavated ruins were damaged by the weather and other natural processes. In Herculaneum, carbonised remains of objects exposed to the air started to deteriorate within days. When the surface was covered with a thin layer of lampblack this protected the surface from the air and they survived longer. Sadly however, due to lack of funds, bones of many victims found on the foreshore beach were left there and steadily started to break up.

The covering of ash preserved the frescoes, sculptures and paintings, helping them to retain detail, colour and vibrancy. Excavation exposed these artefacts to the air and light and they began to fade, crumble and separate from the walls. The problematic process of deterioration is not fully understood and much work has gone into researching it.

The first step in conserving a wall painting is to examine the walls for soundness. This involves the putting of a roof over the top of the structure to prevent weather from attacking the wall, ensuring the drainage of water from the site is secure, and then securing any voids behind the plaster.

Once the wall has been protected the next task is to analyse the art from an historical viewpoint, and at the same time to estimate the current condition of the painting. Once that has been achieved the conservation takes place see examples in Figure 4a & b. 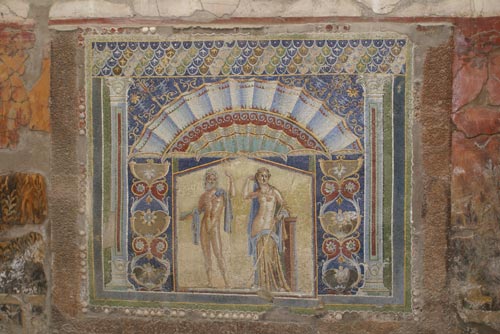 Figure 4a: Example of a garden painting in Herculeaum 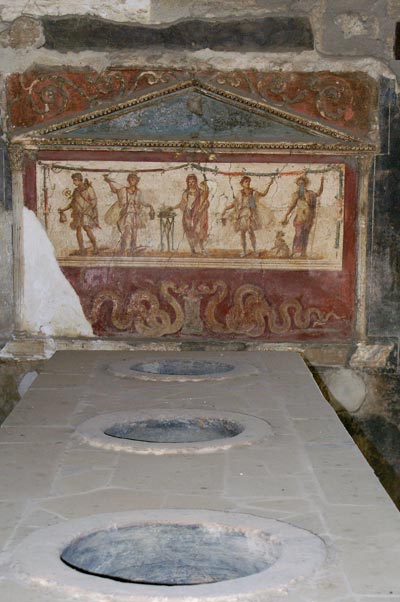 Figure 4b: Example of a wall mural in a food shop in Pompeii

The conservers use original painting materials and techniques rather than use any artificial surface coatings, unless necessary. These artificial coatings are not permanent; it is expected that they will be removed later, once a treatment can be found that matches the original painting. Sometimes an artwork may have to be reproduced and a replica placed on site.

Some special difficulties caused by conservation

Not all conservation methods in the past have proved successful and in one notable case it caused more damage. Perspex cases were placed over frescos to protect them but they acted as condensation traps and moisture built up. This humid atmosphere attacked the plaster and damaged the painting.

Another problem for the conservator is that of plants. An area of volcanic silt is highly fertile and plants thrive in the environment. These plants may be wild or planted on the site to give an authentic feel. One dangerous plant is ivy, which grows up the walls and into the roofs dislodging tiles and mosaics, causing walls to crumble and undermining the wall foundations. Another problem is that of visitors themselves. Their feet trample the plants and carry seeds around the site to grow in other areas. Plants deliberately planted need careful gardening to ensure they do not run wild and with such a large site as Herculeaum this calls for a team of gardeners and financial support.

Herculaneum has the problem of pigeons and their acidic faeces. The acidic material attacks the walls and plaster wearing away the calcium carbonate components. The solution would be to control the population of birds but in Italy shooting pigeons is against the law.

Human activity, deliberate and accidental, has been the main factor in the gradual decline of Herculeaum. Graffiti appears inscribed in the walls (often alongside their ancient counterparts) as well as on paintings and frescoes. Deliberate damage by vandals or thieves has been relieved by security actions. In 2003, during a time when the security cameras were out of action, two frescoes were hacked off a wall in the House of the Chaste Lovers in Pompeii. The frescoes were recovered some months later, but many others have disappeared from the site, never to be returned.

Another danger is that of warfare. During the Second World War the area around Naples was under German occupation and troops were stationed there. There is evidence of damage caused by military action at Pompeii when mortars landed near the Gladiators school and damaged a wall. This needed repair after the war. During warfare sites and museums are often unguarded and open to theft and attack. In Beirut, Lebanon, the art treasures of the museum were encased in concrete to protect them during the conflict.

Accidental action such as erosion of footpaths and tourists wearing large backpacks scraping and bumping the walls are more difficult to cure. Tourism has been a mixed blessing since a law was passed in Italy in 1997 that allowed for all money raised from the visiting tourists to be directly channelled to help with the conservation of the site.

Early excavations in Herculaneum concerned the collection of valuable artefacts and antiquities rather than a systematic excavation. Digging for objects with aesthetic and commercial value and taking those from the site for private collections has removed much of the information that could have been gleaned from looking at them in context. During this work other objects, not considered worthy of being retrieved, were destroyed or damaged.

One interesting problem that has accumulated over the years began with Amedeo Maiuri, director of Pompeii and Herculaneum from 1924 to 1961. He was intent on re-creating the “atmosphere” of the two towns just prior to the eruption of Mt. Vesuvius. This meant rebuilding walls and roofs knocked down by the eruption to reproduce the facade of the towns.

Unfortunately, the materials used in this reconstruction were mostly concrete and steel. The mix of the cement was particularly bad in many places, and the alkali in the masonry reacted with the ancient stones, causing crumbling and erosion to walls of structures, as well as the peeling off of any existing paint.

After the 1980s the materials used in reconstruction were replaced by more modern ones which would not react badly with the original work, and the old reconstructions are gradually being replaced. However, the damage has already been done and replacement will take many more years to complete.

Since 2001 the Herculaneum Conservation Project, collaboration between the Packard Humanities Institute and the Soprintendenza, supported by the British School at Rome, has sought to address some of the most pressing threats to the survival of the site. The main objectives of the conservation programme are:

Initially these objectives were pursued in the context of a site-only conservation programme. More recently other initiatives have focused on having wider impacts, to support long-term sustainable management, involve the local community and encourage enhancement initiatives that support conservation objectives.

Involving geologists in the conservation team confirmed that geo-archaeology can offer an important contribution to the understanding of Herculaneum. Project archaeologists and geologists work together, exchanging views and hypothesising on a daily basis. This collaboration proved highly successful in the study of the Roman foreshore. This project provided important analytical data in which the geologists were able to provide data on the characteristics and dynamics of the ancient environment, as well as on building sequences.

Test trenches together with geo-archaeological data provided greater understanding about the various events in the site’s history. They were able to demonstrate that bradyseism (raising and lowering of the Earth’s surface due to seismic activity) took place at Herculaneum in the decades before the 79 CE Vesuvius eruption.

The Insula Orientalis I (an urban block made up of three houses) was chosen as a case study area in 2002. The purpose was to develop conservation criteria and methodologies suitable for addressing the site’s conservation needs.

The level of decay found in the houses of this urban block and the range of conservation problems to resolve are representative of the whole archaeological area, and so the insula is being used as a test bed for strategies to adopt in the future.

Using a case study area proved a positive way of directing limited resources to focus quickly on decay mechanisms and to gain important knowledge about the overall fragility of the whole of Herculaneum. It proved to be the best place to assess long-term strategies for conservation of artworks in situ on an archaeology site.