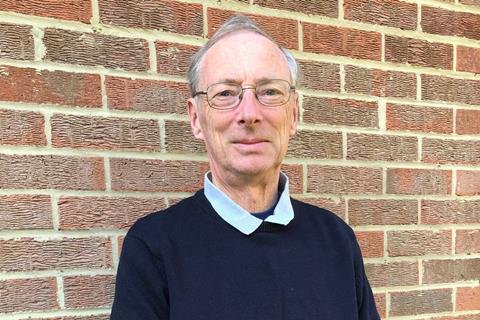 ‘One Christmas, my friend was given a chemistry set and I was unbelievably jealous,’ explains Mark Moloney. ‘I badgered my mother to buy me one too – and when she eventually relented, I fell in love with it.’

This passion led Mark to an undergraduate chemistry degree followed by a PhD at the University of Sydney in Australia. He then crossed the globe to join Jack Baldwin’s organic chemistry group at the University of Oxford as a postdoc. After five years, in 1990, Mark was appointed as a lecturer in the same department.

Thirty years later, alongside his now professorship at Oxford, Mark supports two companies started up to commercialise technology developed in his group. Oxford Advanced Surfaces, launched in 2006, uses chemistry to modify and control the property of surfaces. ‘We’re quite heavily involved now in adhesion control in electronic devices, particularly battery technology,’ says Mark. The numerous components of these can be difficult to glue together without any reduction in conductivity, he explains.

A second company, Oxford Antibiotic Group, was launched in 2017 to commercialise Mark’s second academic research focus: antibiotic drug discovery. ‘I’ve always been interested in trying to convert our research into a product that people could buy and that could make a difference to all of our lives,’ he explains.

Mark’s long-term goal is to unify his two research areas. ‘What I’d really like to be able to do is deliver antibiotics in a targeted way from a modified surface,’ he explains. This could be a patch, for example.

His group has already explored adding antibacterial properties to surfaces. ‘We can bind hydrogen peroxide or chlorine to the surface of a material and that will kill bacteria,’ he explains. Potential applications include in medical implants, face masks and other personal protective equipment. ‘We’re currently, perhaps not surprisingly, interested in using that same concept to make surfaces antiviral.’

What is it about surfaces that interest you so much?

Funny things happen at surfaces because the bonding network there is different compared to the rest of the material. Also, their appearances are often very deceptive. At the microscopic level, a surface our eyes have perceived as flat can look like a relief map of Switzerland.

If you could go back in time and make any historical scientific breakthrough, what would it be?

The development of penicillin. That work was done here in Oxford, during the late 1930s. It is an amazing story of very considerable technical skill, as well as perseverance in the face of considerable opposition.

John Dalton. He is responsible for the atomic theory that underpins much of what we do. What impresses me most about him, and a number of other scientists of that era, is what they achieved using just a combination of brain power and rudimentary instrumentation.

What is your favourite element?

Lead. I worked on organolead compounds in my PhD. They have really interesting chemical properties which I believe have been fundamentally overlooked, largely because lead has a very dirty reputation.

Whether my ideas take my research students down the wrong path. Research is an act of faith and it requires a lot of patience and a very high level of self critique to evaluate whether your work is valid and accurate. When I set my students a project, I worry a lot whether it is genuinely going to be worthwhile and important.

I love teaching first year students general organic chemistry. Highly enthusiastic, highly capable and very keen students come into these classes and that’s very stimulating. They always ask good questions. But it’s also a heavy responsibility, because it’s very easy to quash that enthusiasm. The challenge is trying to help them learn without destroying this lovely enthusiasm that they show in their early studies.

What’s the best part of your job?

Absolutely the students. Being able to work with young people who are bright and enthusiastic is a great privilege.

What’s the hardest part of your job?

The students! They can be infuriating at times and will, for example, give you a million reasons why they shouldn’t try an experiment you want them to do.

I’m no great sportsman, but I really like walking, swimming and just enjoying being outside.

What do you personally find most difficult about lockdown?

Interacting with my students. We’ve been talking a lot on Skype, but it’s just not the same as being able to sit down at the desk together and go over data. That’s been really quite hard.