Want to earn while you learn? Higher apprenticeships could be your debt-free route to chemistry graduate status. James Mitchell Crow takes a look 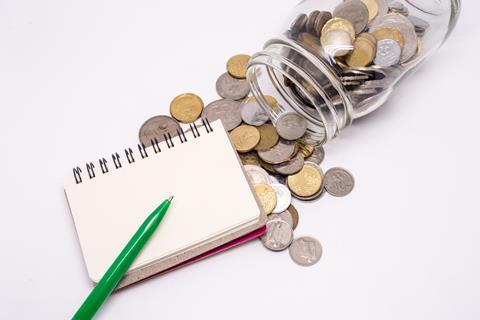 Emma Brown is the envy of her friends. She is three quarters of her way to earning a chemistry degree, and she’s getting paid to do it. Emma is an ‘R&D apprentice’ at Unilever’s Port Sunlight plant, from which she attends the University of Liverpool about two days a week. Unilever pay Emma a salary, and also cover her tuition fees. For Emma, the decision on whether to take a conventional university degree, or take the apprenticeship route, was a simple one. ‘To get all my degree paid for, have no debt at the end and four years of work experience, it was a no-brainer really!’ she says.

As well as her debt-free degree, Emma will come out of the programme with another key attribute – four years’ worth of work experience. Taking a university degree was once a sure route to a job, but times have changed, and today’s graduates face a crowded job market. Individuals with extensive work experience can really stand out from the crowd. ‘So many people I know have graduated and not been able to get jobs, because it’s all about having work experience,’ says Emma.

Pathways to a degree

When Unilever launched its R&D apprenticeship programme three years ago, it was a step ahead of the game. At that time, very few apprenticeships in the UK went beyond the equivalent of late secondary education. Other countries, particularly Switzerland, had much more extensive schemes – and much lower levels of youth unemployment. The UK government took notice, and in 2012, a national scheme of higher apprenticeships for chemistry was launched across England – an alternative way to achieve chemistry graduate status than the traditional university route, and without the associated fees. Within science, the apprenticeship can be taken as one of six possible pathways: chemical science, life science, food science, process development, packaging development and healthcare science.

The higher apprenticeship programme has been designed to offer employers and apprentices as much choice and flexibility as possible. For example, to complete their ‘level 5’ qualification, chemistry apprentices can study for a foundation degree via distance learning, or attend a local further education college to do a HND. Depending on the employer, some higher apprenticeships end at this point, while others continue on to the full degree, which can be completed part-time at any university.

Unilever now offers the formally recognised higher apprenticeship at its Leeds site, and a growing list of other companies are starting to offer the scheme, including pharmaceutical companies such as GSK, and Takeda Cambridge, UK research arm of Japanese drug company Takeda.

‘Our entry level criteria are the same as those for university entry,’ says Linda Millett, head of human resources at Takeda Cambridge. ‘We still recruit graduates, I was just interested in offering a different career pathway for young people into our industry,’ she adds.

But for those who do choose a higher apprenticeship, Linda sees their career prospects as equal to a university graduate, if not better. ‘Some of the graduates we take in can take a while to settle into the work environment. Someone who has been in the workplace for three years, I think they’ve got an edge – even over a graduate with an industrial placement year.’

Higher apprenticeships aren’t for everyone, says Emma. Juggling work with study requires excellent time management skills, for example. ‘I have to be strict with myself as to when I get things done,’ she says. But Emma adds that although she has less free time than her university friends, she hasn’t found the gap to be too great. ‘I haven’t really struggled with that too much, I’ve still got a life.’