Judith Gregory is a senior perfume chemist at Procter & Gamble. Josh Howgego finds out about her work, career and finely tuned nose 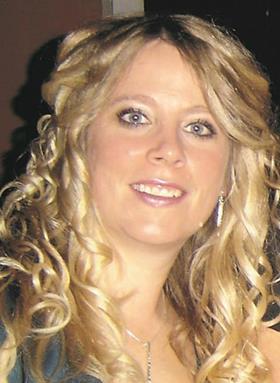 You might say that Judith Gregory’s job stinks; which would be accurate but a little unkind. As a senior scientist in the analytical fragrance department at Procter & Gamble (P&G), Judith has to deal with some lovely – and not so lovely – fragrances.

‘It sounds odd, but one of the favourite things I like working with – purely because of the amount of comments I get – is artificial sweat’ Judith tells me. ‘To me it doesn’t smell that bad – I think of it as like a slightly overripe grapefruit.’

I am not at all convinced about Judith’s sense of smell, but she assures me that she is what is referred to as a ‘trained nose;’ having been trained up over the past decade or so to understand the subtle nuances of perfumes. This is important in her role, since she is part of a team responsible for developing the fragrances which go into a whole raft of up-and-coming products in the P&G pipeline. ‘One of the products we’re working on right now is a perfume for an Italian jeans label called Replay,’ says Judith.

Most of the work she does is about experimenting to get the right mix of chemicals into the final perfume. Different odorants (smelly chemicals) evaporate from the skin at different rates, depending on several factors including their molecular weight. A perfume is made up of hundreds of different individual molecules, to form a rich and complex aroma. Judith’s team use analytical techniques such as gas chromatography-mass spectrometry to characterise which molecules will evaporate (and be smelt) over the course of the day. Ideally different scents should be evaporating throughout the day to give a sense of the perfume ‘working’ for a long time.

In fact olfaction – the sense of smell – isn’t really all that well understood. P&G do in-house research and fund universities to explore more about how molecules interact with our noses and produce the sensation of smell. Judith cites the example of limonene, the molecule that smells of lemons. ‘You have to have really quite a lot of it in a formulation to be able to smell it. But put a tiny drop on your tongue and – whoompf – you’ll know about it.’

Judith also works with cyclodextrins – large, hollow molecules which can encapsulate odorant molecules. Because they’re water soluble, when someone wearing the perfume sweats, the water dissolves the cyclodextrin and releases a fresh waft of scent just when you need it. ‘We call it high-impact fragrance,’ says Judith. The teams have to use artificial sweat to understand if the released odour effectively masks the smell of body odour.

As in nearly all jobs, team working is an incredibly important skill for Judith. ‘The analytical department is a global organisation, so I work with colleagues in the USA and I’ve previously spent quite a bit of time in Brussels. You just have to have good team working skills to be able to properly discuss what you’re doing and keep up to date with each other.’

Time management is also vital, as experiments are often time sensitive. Judith is often in her laboratory at 07.30 in the morning to get experiments started, but the company’s flexitime policy means that she can fit the experiments around her personal life.

Judith began work at P&G just over 20 years ago, straight after her A-levels, and has obtained her degree through a day release scheme with P&G. She’s now a manager in her own right, but enjoys the fact that she has options in terms of career progression. She’s chosen to pursue the path of staying in the lab and mentoring other staff on an informal basis. ‘There’s less paperwork that way!’ she exclaims.

1992–1995, BSc(Hons) chemistry at Kingston University (studied on day release whilst working at P&G)