Chemistry doesn’t stop until you reach the final product. Daniel Johnson talks to Matt Green about life as a chemical engineer 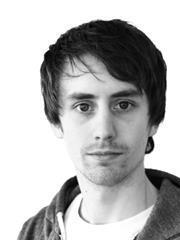 It was only by chance that Matt ventured down the path to becoming a chemical engineer. A big fan of chemistry at school, he had planned to continue his studies at university, and was already attending open days around the country. However, following a visit to the University of Surrey, and with some time to spare, serendipity intervened. ‘I had to fill a day and we needed a second option, so I went to the chemical engineering presentation.’

That was all the inspiration Matt needed. ‘The work seemed so hands on, people in hard hats on rigs and things like that. The practical aspect of chemistry really grabbed my imagination.’ He changed his application to chemical engineering, and was accepted onto a master’s degree at the University of Bath.

While at university, Matt landed a fourth year placement at Prysmian Cables & Systems, a manufacturer of telecommunications cables. He was struck by the pragmatism needed to be a chemical engineer: ‘I worked on the process of making large scale fibre-optic cables. We started out with pellets of high-density poly(ethene) (HDPE), before plastic-extruding them onto optical fibres. There are 1000 different cable types, and new types designed every week, which requires a lot of imagination. Chemists’ input stops a long way upstream, then the chemical engineers have to take the materials and say: “Right, let’s make this work [as an economically viable process]”.’

Like many of his classmates, Matt had a graduate job nailed down before finishing his course. The day before his graduation, he began work as a chemical engineer at Atkins, one of the world’s leading design, engineering and project management consultancies. He works in the company’s energy business, specialising in nuclear power generation.

His first project was a small one by company standards, but had a taste of the influential decisions a chemical engineer has to make. Radioactive waste has to be stored safely and using the minimum of space, and Matt came up with improvements to the system. ‘I designed a process, now used at a decommissioned power station, which safely collects water from a drum of waste material [decreasing its mass and volume].’ The water is heated and driven out as vapour, then safely collected. Radioactive metallic dust is scrubbed from the air by filters for safe release to the atmosphere.’

Planning for the worst…

Matt’s current project is a response to problems exposed by the Fukushima disaster in 2011. The earthquake and tsunami waves knocked out power at the Fukushima plant, disabling the nuclear reactors’ coolant pumps and sending them into meltdown. Matt and his colleagues are working on contingency plans to avert such a disaster in the UK. ‘After the earthquake, EDF Energy [operator of all operating UK nuclear power stations but one] decided that if anything were to happen in the UK, we had to be able to react efficiently, learning from what happened in Japan. The idea is that a team can come in with self-sufficient cooling systems that are compatible with the plant. We use big diesel V8 engines to power our equipment, creating units that can safely deliver the [coolant] water we need at the right pressure. It’s enterprising and always changing, so you have to be really creative. No one has done a project of this sort before.’

…but hoping for the best

Since keeping the lights on with sustainable energy sources is one of the biggest challenges we face over the next few decades, it’s certainly going to be an exciting time for young chemical engineers. 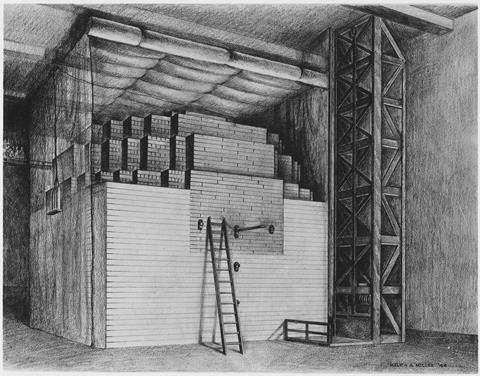 The world’s first nuclear reactor was constructed in a disused rackets court. Nuclear reactions are controlled by ‘control rods’, and in the first reactor the safety measure for the control rods failing to operate was a man with an axe ready to cut the ropes that suspend them. This is said to have led to the term SCRAM (Safety Cut Rope Axe Man), which is still used today, although SCRAM systems are now fully automated!