It’s sort of obvious isn’t it, you can’t create or destroy matter. A sandwich will have the same mass as its ingredients and a smashed wine glass will weigh no more or no less than before it was dropped. But beyond the obvious sit a number of interesting observations that make the seemingly intuitive law of conservation of mass not so intuitive after all: 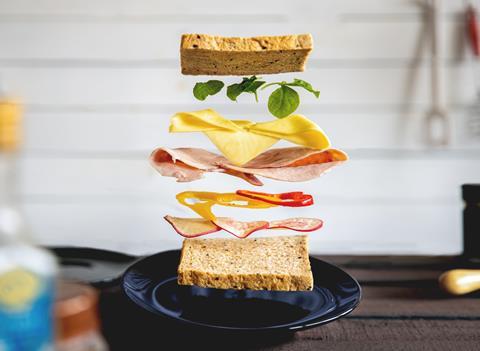 Even sandwiches are the same mass as their components

To help students navigate these observations that seem to undermine the law of conservation of mass, let’s delve a little deeper into their thinking.

The demonstration in the image below is based on a thought experiment from Johnston and Scott (1991). The task explores students’ thinking about mass changes on dissolving.

Only 40% of 12–13 year olds in this study successfully predicted that mass is conserved when a substance dissolves. For some, the mass decreased on dissolving because the sugar got broken down into smaller pieces. Those who predicted the mass would increase believed the sugar clings to the water particles and so gets heavier. 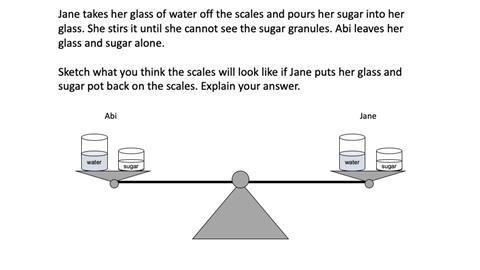 Source: Adapted from Johnston and Scott (1991)

What’s interesting about these explanations is that they are based on correct science. Sugar crystals do get smaller when they dissolve in water and sugar molecules do cling to water molecules. However, these correct ideas were being used to draw incorrect conclusions about the overall change in mass. This was because students were thinking about specific parts of a system, eg just the sugar crystals or just the water particles. Instead, they needed to think about the system as a whole.

Thinking about the whole system like this can help students understand what is happening when mass seems not to be conserved. The thermal decomposition of copper(II) carbonate is a wonderful example of this. Students often get confused by the decrease in mass when the green CuCO3 powder is heated to form black copper(II) oxide.

There are two ways to help students here. First, discuss how the equation links with their practical observations. Second, identify where all the components of the system are. In particular, students need to look beyond the test tube that is being heated to ‘find’ the carbon dioxide gas.

Chemical equations can be a pretty misleading representation of what happens in a chemical reaction. So, rather than starting with the overall equation that shows all substances together, break the reaction up into at least three steps and introduce them separately like this:

It is now easier for students to see that there are no reactants when the reaction has finished. You can show how atoms get rearranged using colour, like this:

Help students to identify all the components of the system, both within and outside the test tube. Provide a diagram of the apparatus and ask them to identify the locations and names of all the substances. Do this for the start and the end of the reaction. You can see what this looks like in the accompanying classroom activity.

Classroom activities to help students visualise the components of a reaction using the examples of dissolving sugar and heating copper carbonate from the Education in Chemistry website: rsc.li/2BlIRxb 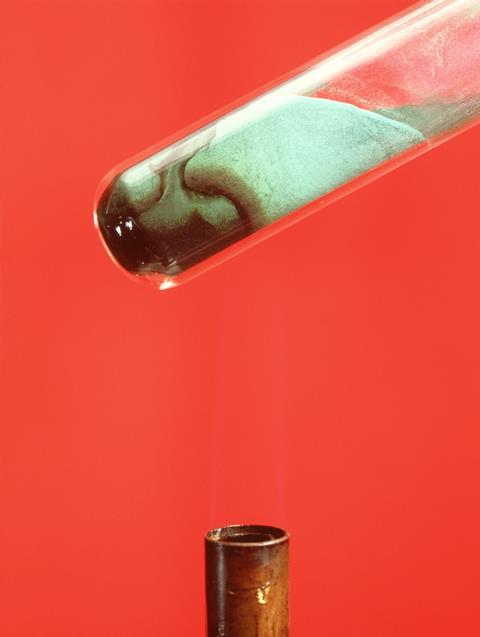 Understanding conservation of mass requires an understanding of particle theory. Research by Vanessa Kind found that some students think that gases have no mass and that substances in their solid state weigh more than their liquid form, confusing density with mass. Use carefully structured demonstrations to address these misunderstandings before introducing chemical changes that appear to violate the law of conservation of mass.

Demo 1: Gases have a mass

Blow up two balloons with air and attach each balloon to either end of a 1-metre ruler. Balance the ruler on a fulcrum. Ask students to predict what will happen if you pop one balloon. Pop one balloon and ask the students to observe and explain. Alternatively, replace balloons with brown paper bags, then pour carbon dioxide from a mixture of acid and marble chips into one of the bags and watch the ruler tilt.

Place some vinegar and baking powder on a digital balance. Record their mass. Now add these two chemicals together inside a Ziploc bag and students will see the bag expand but the mass remain the same.

Record the mass of two beakers, one containing sodium hydroxide solution and the other containing copper(II) sulfate solution. Now pour them together to make the blue precipitate (solid), copper(II) hydroxide. Place both beakers back onto the balance. Without showing students the reading, ask them to predict what the new mass will be.

Diagnostic multiple-choice questions are a great way to explore students’ reasoning behind their answers. Best Evidence Science Teaching resources provide a great starting point to explore their ideas about conservation of mass. Students are given a question and multiple plausible explanations for an observation. They then choose and justify which explanation they agree with. You can also provide students with thought experiments and ask them to provide their own explanations (see the thinking questions resource).

If students sketch graphs of changes in mass during a reaction and talk about their reasoning in pairs, you can listen to their thinking. Use the burning iron wool in air demonstration as a stimulus for this.

Students’ understanding of conservation of mass will become more sophisticated. They will consider more contexts, eg neutralisation and electrolysis, and look at how the components of the system interact. They will apply ideas of conservation of mass to reversible reactions. They will monitor the rate of reactions by considering how much product is made (or reactants used up) in a specific amount of time. This will involve using more complex apparatus such as gas syringes or data loggers.

Jasper GreenJasper is the founder of thescienceteacher.co.uk – a website for secondary teachers sharing ideas, resources and pedagogy to help teach key concepts in biology, chemistry and physics.