How important is it for students to be able to move between chemical representations to grasp fundamental chemical concepts and phenomena? 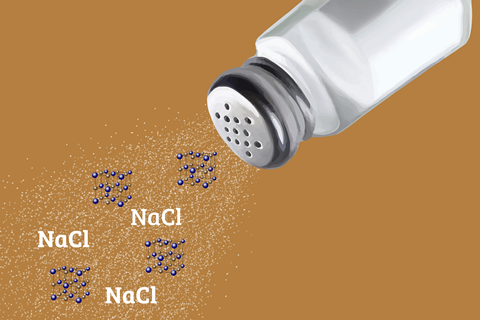 In chemistry, we study phenomena that are difficult to directly perceive by human senses, such as the interactions between atoms, molecules and ions. To explain these phenomena, chemists have invented specialised ways to represent them, such as molecular formulas, chemical equations or molecular models. So students need to navigate three levels of representation to fully understand fundamental chemical concepts and phenomena: macroscopic, sub-microscopic and symbolic. This is known as Johnstone’s triangle.

A new study from researchers at the National and Kapodistrian University of Athens examined both secondary school and undergraduate students’ understanding of four basic chemical concepts: chemical element, chemical compound, solid state of matter and aqueous solution. Significantly, it focused on the students’ competence in moving fluently between the three different levels of chemical representations.

The researchers conducted their study in two phases. The first involved a multiple-choice questionnaire, consisting of real pictures (macroscopic), molecular formulas (symbolic) and sub-microscopic diagrams, and asked students to select an equivalent representation at a different level. This was followed by a semi-structured interview to uncover more detail.

As teachers, we are able to switch back and forth between different levels of representation with ease. Indeed, we may even do it without realising it. We need to be explicit in how we teach representation-heavy concepts to avoid any student confusion.