Dr David Read, Chair of the EiC editorial board, reports some of the many highlights of the Biennial Conference in Chemical Education (BCCE) meeting at Grand Valley State University, August 2014 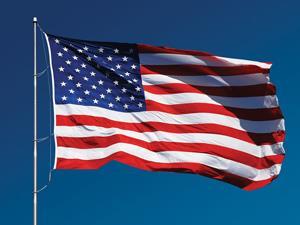 I’d heard from others that the Biennial Conference on Chemical Education was an amazing event, but I hadn’t quite grasped its magnitude. Over 1500 delegates descended on Grand Valley State University in Michigan for a series of action packed symposia and workshops in early August. I was one of several British delegates in attendance, four of us being grateful recipients of an ‘Activating Research’ travel bursary from the Education Division of the RSC.

The conference began on Sunday 4th August, my first session being a symposium on metacognition. I’ve been investigating ‘thinking about thinking’ since stumbling across some evidence of students developing metacognitive skills in the evaluation of one of our innovations at Southampton, and this session provided much food for thought. The speakers were all involved in practice-based research, where they probed the impact of interventions they made in the course of their own teaching. What stood out was their grasp of the underlying pedagogy and the breadth of research methods that were on display. The main lesson for me was that although we’re on the right track with our action research at Southampton, we’ve still got some way to go to match this standard.

On Monday, I was the 5th speaker in a symposium on flipped teaching, which proved to be one of the best attended sessions of the whole conference. By the time my turn arrived, many of the points I’d planned to make had already been made (some more than once!), but my presentation seemed to be well-received nonetheless. Each of us described different approaches to flipped teaching, which provided a useful range of strategies for those present and provoked a great deal of discussion in the hall and on Twitter. The level of interest and activity in flipped teaching was reflected in the fact that there were further symposia on the topic spread over the next two days of the conference. Later that day, I attended a symposium with the title ‘How do we know what students know?’ – a question which exercises chemistry teachers everywhere. There were some excellent talks from big name speakers, with the key message that we’re still a long way from truly being able to answer that particular question. 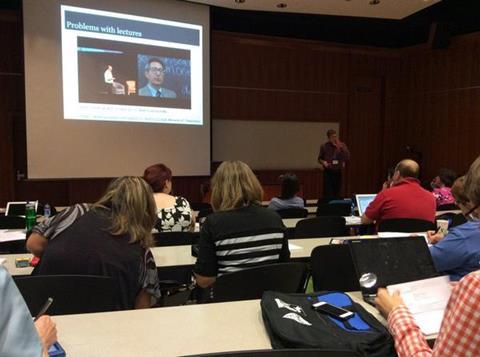 Tuesday brought with it a menu of difficult choices, from which I selected symposia on ‘Chemical education research’ and ‘Student-centred learning’. The former illustrated the challenges associated with implementing rigorous pedagogic research projects, most notably the immense amount of time and planning required, along with extensive knowledge of the literature. The latter again provided valuable ideas and was chaired by an entertaining retired high school teacher who had gone on to do a Ph.D in Chemical Education after retiring.

On Wednesday, I spent the whole day in a workshop on ‘Automotive energy needs and environmental impacts’. The motivation for this was to find new material to freshen up the biofuels/sustainability talk I’ve been giving to 16-18 students since 2008, and I wasn’t disappointed. One useful source of information that was shared with us was the Transportation Energy Databook (http://cta.ornl.gov/data/index.shtml), which constitutes a goldmine of mostly US-related data. While there are some sobering stats, there are many that are encouraging, such as the 95% cut in carbon monoxide emissions from cars since the 1950s. It was certainly a day well spent from my perspective.

An EiC blog entry doesn’t provide enough space to do BCCE justice! Before finishing off, I’d like to mention two of the keynotes which were both fascinating and entertaining in equal measure. John C. Warner, one of the fathers of ‘Green Chemistry’, told the story of this revolutionary discipline in the form of a passionate narrative, including moments of great joy and of sadness. This talk was a fitting end to an excellent first day at BCCE and showed that Green Chemistry really is the future rather than an inconvenient afterthought at the end of some of the current UK AS-level specifications. You can learn more on the webiste of the Warner Babcock Institute (http://www.warnerbabcock.com/). The other keynote I wanted to mention was that delivered by UK native Charlie Bamforth, now Anheuser-Busch Endowed Professor of Brewing Science at University of California, Davis. There’s a huge amount of chemistry involved in brewing, and Prof. Bamforth illustrated this through a string of enthralling anecdotes and hilarious one-liners. Bamforth’s website is a valuable source of information for teachers seeking inspiration for context-based chemistry teaching.

One final point I’d like to make is that a great many of the delegates I met at BCCE were high school teachers with a passion for practice-based research. They were all excited to be able to take part in such a huge event where they could mix with some of the leaders in the field. Such opportunities are rare for UK-based teachers who wish to engage in scholarly activities, and this is something we really need to work on in years to come. The same passion and enthusiasm as displayed at BCCE can be found in our chemistry classrooms, and we would all gain from bringing our brightest and best together on a regular basis to refresh, revitalise and inspire.

Note: You can also read Bod Worley's account of BCCE at his blog: http://microchemuk.weebly.com/blog