Enzymes and their role in the human body

In this article from our ‘Avogadro’s lab’ series, Stephen Ashworth investigates the catalysts inside us all using a simple experiment with yeast 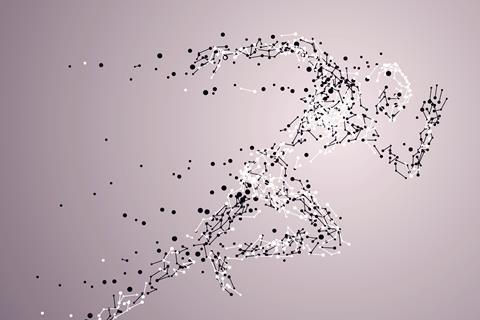 How could you make a reaction go faster? Molecules need to bump into one another to react. In fact they have to be facing the right way and the collision has to have more than a minimum energy. If we raise the temperature of a reaction we make the molecules bump together more often and with more energy. If they are facing the right way more of them have enough energy to react, so the product of the reaction is formed faster.

Lots of chemical reactions take place in the human body and help to keep us alive. Most of them would normally be so slow at body temperature that it would be difficult to detect they were happening at all. Increasing the temperature of these reactions just isn’t possible – we can’t keep our bodies hot! Fortunately, heating up a reaction is not the only way to make it go faster – another option is to provide an alternative route for the reaction so it needs less energy.

Imagine you need to get to the other side of a hill. You could go all the way to the top and down the other side, but that would take a lot of effort. Alternatively you could find a path that avoided going right to the top, perhaps round the side. Something that does this for a chemical reaction it is known as a catalyst.

Biological catalysts, called enzymes, are very specific and will generally only work with one chemical. Not only do they provide a low energy path for the reaction, but they also hold the molecules they work with in exactly the right place to react. The result is a much faster reaction without raising the temperature. 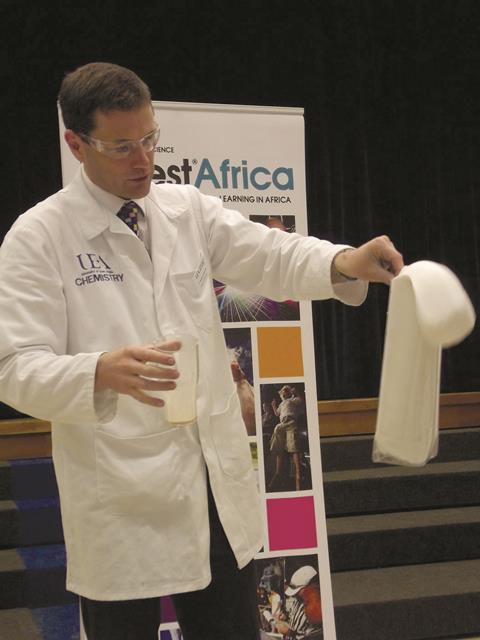 One thing that enzymes do in our bodies is to break down toxic substances. Just by breathing we produce hydrogen peroxide, H2O2. To prevent it building up, we have an enzyme called catalase that breaks it down quickly:

You can see the effect that catalase has on hydrogen peroxide with a simple experiment using the enzymes found in yeast and potato.

Hydrogen peroxide can be bought in different concentrations from most pharmacies. The concentration is quoted as either a percentage or volume: a 10 vol solution is approximately 3%.

Empty a sachet of dried yeast into a cup or glass and mix it with some tepid water. Put this to one side while you do the first part of the experiment.

Pour a little hydrogen peroxide solution into a saucer. Look at it carefully – it is breaking down into oxygen and water all the time, but too slowly to be seen. Cut a chip shaped piece of potato so that a fresh surface is exposed and carefully place it in the hydrogen peroxide solution. You should now clearly see bubbles of oxygen gas – evidence that the reaction is taking place more quickly.

Next place some more hydrogen peroxide, no more than 50 cm3, in a tall container such as a large jar or glass vase (be careful if you choose a bottle or anything with a narrow neck). Add a dash of washing-up liquid and swirl it gently to mix. Place the container in a washing-up bowl, or the sink (to catch any overflow), and quickly add the yeast that you mixed with water earlier. You should now see an even quicker reaction – the enzymes in the yeast can mix more freely than those in the potato and the gas makes lots of bubbles, which are formed quickly. Wash the liquid waste down the sink with plenty of water.