How do trees clean our air? 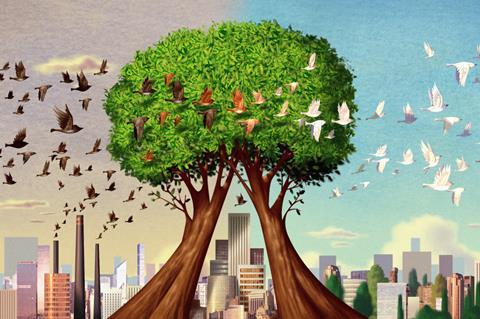 As well as improving our well-being, trees play an important role in dispersing and removing pollutants such as carbon dioxide (CO2), nitrogen dioxide (NO2) and particulate matter (PM) from the atmosphere. This has benefits both locally and globally.

From the Amazon rainforest to Europe’s ancient woodlands, trees help slow the march of climate change by taking in CO2 for photosynthesis. Globally, forests may absorb and store as much as 30% of the carbon emissions from human activities; burning or clearing them releases the stored carbon back into the atmosphere.

This article sits nicely at the boundary between chemistry and biology and is certainly one to share with colleagues who teach plant science. Students find plants one of the less interesting parts of the biology curriculum, perhaps because they don’t see the immediate relevance to their own lives. This article reminds them of the local impact of tree populations and of their global significance. It makes a useful addition to lessons on atmospheric chemistry and pollution as well as the carbon cycle and plant science.

Read through the article with your class and use the data analysis download to practise skills in data handling. It can be difficult to find appropriate data sets to use with students and this activity presents students with a real data set and prompts them to look at calculations of mean and range, and representing data in graphs and charts.

Greenhouse gases circulate at a global level, so we’re all party to the climate-regulating benefits of trees, wherever they are. But that doesn’t mean it’s easy to envisage how we in the UK, for example, might benefit from the trees in Brazil. It takes a disaster in the Amazon – like the 2019 surge in wildfires – to make us worry about what it all means for us. We might be more concerned with the trees in our local parks and school yards. And that’s not always a bad thing, because the quality of the air we breathe is also directly connected to the trees closest to us. It’s the balance between these global and local benefits of trees that makes them indispensable for the protection of our planet and our health.

So what do the trees lining your street and in your local green spaces do for you? Well, apart from soaking up CO2, they shield us from some of the impacts of local air pollutants, including ozone (O3) and NO2. These two gases are absorbed through the same pores (stomata) that trees use to inhale CO2. In the case of O3, the tree suffers damage by chemical oxidation or ‘burning’ of plant tissue.

Trees also reduce the effects of PM – particles made from a mixture of different chemicals and soot that clog up the air, causing heart and lung disease. Kieron Doick is head of the Urban Forest Research Group at Forest Research in Surrey, and he’s seen the effects of particle pollution in his own back yard, or rather front garden. ‘I used to live on a very busy road and I could see the particulate matter deposited on my windowsill,’ he says. ‘I planted a cherry laurel, a really thick, bushy and quick-growing bush in my front garden, to act as a barrier and when I used to clip it I used to wear gloves because [my] hands would get caked in the residue.’

PM can be solid or liquid and can come from car engines, building sites, fires and a whole range of other sources. There are two main types: PM10 (particles smaller than 10 μm, or micrometres, about the same size as dust mite poo) and PM2.5 (particles smaller than 2.5 μm). There are also ultra-fine particles smaller than 0.2 μm whose effects we know less about. Recent studies have even linked ultra-fine particles to brain health in diseases such as dementia, although a lot more research is needed to understand the possible mechanisms. As Kieron explains, trees do take up some of the very smallest particles through their stomata. ‘They’re so small you can almost think of them as gases,’ he says. But what about all the rest of this sooty stuff? 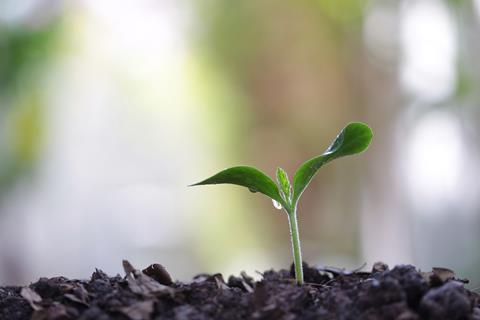 The main reason that trees are beneficial in city air choked with pollution is that they act as physical barriers that block the pollutants from reaching people, just like Kieron’s cherry laurel. Another example would be planting a row of trees between a school playground and a busy road. The effect is similar to putting up a brick wall, says Paul Monks, an atmospheric chemist at the University of Leicester. In the case of PM, trees either disperse it like other pollutants, or they act as a surface for the particles to deposit on. In other words, the PM isn’t absorbed but it sticks to the leaves and bark, or is moved elsewhere. The UK Centre for Ecology & Hydrology’s new online tool shows you the value of the trees in your own local area based on how much PM2.5 they ‘remove’.

As part of their research, Paul’s team made a computerised 3D model of Leicester city centre to try to learn more about how the city’s trees reduce PM levels. They used a tool called computational fluid dynamics to simulate the air carrying the PM in the wind. ‘What we did [was] flow the air with the particles emitted from the roads and then [we looked] at the way that the air moves those particles around the urban environment, so the trees, the grass, the buildings,’ Paul says. Using this approach, they were able to show that the dispersal effect – moving the particles elsewhere – was bigger than the sticking effect and that, overall, Leicester’s trees reduce particle pollution by about 7%.

Planting for the future

Modelling could also help urban planners to reduce air pollution when they’re designing new spaces in our cities and towns. Although much of tree planting is common sense, according to Kieron: ‘If you’ve got trees on both sides of the street and the canopies grow up and touch each other, then logic tells you there’s a blanketing effect there trapping pollution in. The Trees and Design Action Group does include some basic advice for tree planting in its guidance for building and planning professionals. For instance, mixing up surfaces of different heights creates more air turbulence, which helps to disperse air pollutants. However, getting the best from new trees when it comes to air quality means spending time looking at specific aspects of the urban environment in the intended location, such as wind speed and building heights.

So if trees are so good at getting rid of air pollution, why don’t we just plant loads more of them? Manchester’s City of Trees project, for example, aims to plant a tree for every person who lives in the city. It’s not that planting more trees is a bad idea, Paul says, but we shouldn’t forget that it’s only part of the solution to our air quality problems. ‘The analogy I use in terms of air pollution is that if you don’t want milk in your coffee, don’t put it in your coffee and stir it and then try to remove it,’ he says. By which he means: it’s really hard to get air pollution back out of the air, however many trees you plant. A better solution is to stop producing as much air pollution in the first place.

This activity presents students with real data on the levels of NO2 taken from diffusion tubes at sites in Dudley, West Midlands. This can be used in an open-ended ‘goal free’ problem or the accompanying questions can be used to guide students in their analysis.

Because trees mostly move pollution around, the pollution isn’t totally removed. We’re just less likely to come into contact with it. And although a row of trees might work as well as a brick wall for protecting a school playground from pollution during the summer months, in the winter their bare branches won’t provide as much cover. In certain conditions, trees can even add to pollution problems, by emitting volatile organic compounds (VOCs), which mix with the nitrogen oxides from traffic fumes to produce O3. However, most scientists agree that the VOC effect is only important for certain tree species in already polluted cities that are exposed to low winds and lots of sunlight, like Los Angeles.

As Kieron points out, though, we don’t usually plant trees just to combat air pollution – there are other reasons, too. They look pretty, for a start, which might seem unimportant, but being in sight of greenery is well known to benefit our mental health. They also reduce surface flooding by capturing water in rainstorms, provide much-needed shade in the summer and, if well situated, can reduce building owners’ spending on air conditioning. So when we talk about planting trees, it’s usually with all this in mind, not just air quality. ‘It’s about taking in lots of different considerations and balancing those,’ Kieron says.

Of course, our local trees also contribute to mitigating global climate change, meaning their relationship with the air has both a direct and indirect impact on our health – the effects of climate change are already leading to more heat-related deaths and crop shortages in some areas of the world. For this reason, Kieron and Paul agree that, in general, more trees in the urban environment can only be a good thing. ‘There’s not really a downside to planting more trees in a city,’ Paul says.

Currently, the Forestry Commission, funded by the UK government, is giving out grants for community tree-planting projects, with the aim of adding 130,000 new trees to UK towns and cities. However, in order to combat climate change, we also need to conserve and increase the number of trees outside of the urban environment – in our woodlands. In June 2019, Forestry Commission figures suggested that England was falling far short of its target of creating 5000 new hectares of woodland per year. Now, to hit the Committee on Climate Change’s target of increasing UK woodland cover to 17% by mid-century, 30,000 hectares of new woodland will need to be planted every year until 2050.

Article by Hayley Bennett, a science writer based in Bristol. Resurce by Kristy Turner, a school teacher fellow at the University of Manchester and Bolton School