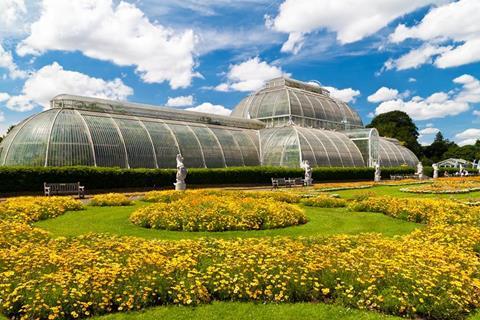 The RBG’s Jodrell laboratory in Kew is at the centre of cutting-edge research in plant science, and chemistry plays an important part in the work that goes on there.

There are ca 300 000 plant species distributed across the world. Each species produces a range of chemicals (phytochemicals), which act as antioxidants, insect attractants, pest repellents etc. ‘SUG phytochemists use analytical techniques such as high-performance liquid chromatography (HPLC), liquid chromatography–mass spectrometry (LC–MS) and UV and NMR spectroscopies to analyse crude extracts made by crushing up plant material in a solvent (eg water, methanol etc). This produces a chemical fingerprint for each species, from which we identify systematic markers which can relate species to species’, explains Simmonds. ‘These chemical data provide a powerful way to classify plants [taxonomy] and map their evolutionary development [phylogeny]’. The SUG team uses these data in several applications.

Seventy-five per cent of the world population gets its medicine from plants and the growing, $multi-billion global market for herbal medicines is leading to higher demand on plant raw materials. Each year the Jodrell laboratory receives 1500–2000 enquiries to investigate plant-based materials and products for a variety of customers. Enquiries from

HM Revenue and Customs to determine exactly what plant material is being traded in the UK, for example, are common. 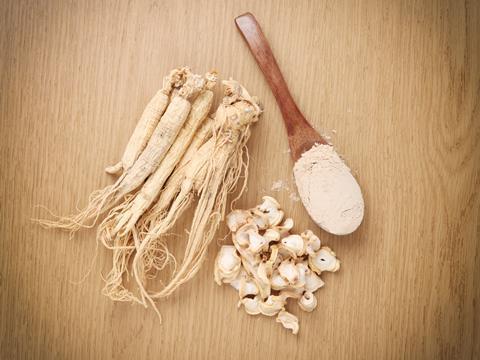 Ginseng is widely used in traditional remedies and herbal medicines as well as health foods, cosmetics etc. The plant’s root and its extract contain carbohydrate compounds called ginsenosides, which are believed to have a stimulatory effect on the body as well as anticancer and antioxidant properties.

‘Only Asian ginseng (Panax ginseng), can be traded freely’, Simmonds explains, ‘other species such as American ginseng (Panax quinquefolius) require traders to hold a certificate issued by CITES (the Convention on International Trade in Endangered Species of Wild Fauna and Flora). But it’s difficult to determine the source of ginseng root material by physical analysis alone, and unscrupulous traders can complicate matters further for customs officers by spraying adulterated material, or roots harvested from prohibited sources, with extract derived from genuine Asian ginseng’. Thin-layer chromatographic analysis done by customs officers only elutes off and identifies the sprayed extract, falsely indicating a genuine product. The SUG team offers a more rigorous method.

Using LC–MS, the chemists have characterised a profile of the ginsenosides produced by each species of ginseng and identified ginsenosides individual to each species’ profile that are long-lasting enough to act as references to identify the plant. By comparing the LC–MS profile of the customs’ sample with the reference profiles they can determine its nature, origin and legality.

The Jodrell laboratory does similar analyses for the pharmaceutical and food industries to confirm that the raw materials used in their products are genuine and contain the desired active ingredient. If inappropriate or incorrect plant ingredients are included in a medicine, the affects on the consumer or patient can be dangerous.

In the UK in 1999, for example, there were several reports of people who developed kidney disease while using a slimming treatment based on Chinese botanical preparations. LC–MS analyses done by the Kew chemists showed that the treatment contained aristolochic acid (1), an extract of woody vines belonging to the genus Aristolochia. Also known as birthworts, these vines were traditionally used in single-dose preparations to induce abortion. In high concentrations aristolochic acid can be fatal to humans. According to Simmonds, aristolochic acid was present only at low dose in the treatment, but continued use of the drug had led to the accumulation of the chemical in the body over time, causing renal failure. ‘These incidents have led Aristolochia to be banned from use in herbal remedies’, she adds.

Plant-derived natural products have been the starting point for many successful drugs, eg aspirin from salicylic acid (1-hydroxybenzoic acid) from willow bark, and agrochemicals such as the pesticide azadirachtin from the Indian neem tree. Scientists working at Kew Gardens identify potential uses of new natural products by observing and understanding their role in interactions with insects and other plants.

During surveys of insect damage to plants in Kew’s living plant collections, for example, staff found that species of Crinum, Lycoris, Hippeastrum, Narcissus and Nerine were not attacked by pests. Based on these findings Kew scientists, working in collaboration with researchers from the University of Bournemouth and Wageningen University, the Netherlands, tested extracts of these plants against a range of insect assays, and found they had insecticidal activity.

Using chromatographic techniques to separate out the components of the active extracts, the team isolated a group of alkaloids, ie organic nitrogen-containing compounds, called the amaryllidaceae alkaloids, some of which showed antifeedant activity against insects. Further biological studies have shown that some of the compounds interfere with biochemical processes in the brain and central nervous system (CNS), specifically acting as inhibitors of the enzyme acetylcholine esterase which regulates levels of the chemical messenger molecule acetylcholine.

‘This activity is similar to that of the alkaloid galanthamine (2), isolated from snowdrops [Galanthus], which is already being developed as a drug to treat Alzheimer’s disease’, says Simmonds. A form of dementia, Alzheimer’s disease (AD) is linked to low concentrations of acetylcholine in the brain. Drugs based on plant compounds that inhibit acetylcholine esterase might increase acetylcholine levels, redressing the chemical imbalance and slowing the onset of AD, she adds. 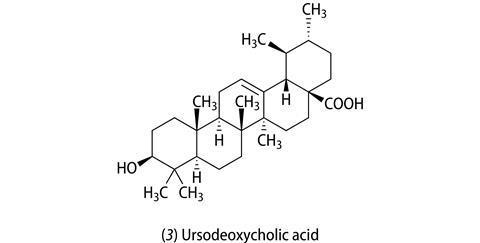 As well as preserving plant species, research at Kew can also help to protect endangered animal species. In traditional Chinese medicine bear bile is used in remedies to treat inflammation. A SUG project in collaboration with Middlesex University has identified a potential herbal alternative with similar anti-inflammatory properties to the active agent in bear bile – ursodeoxycholic acid (UDCA) (3).

‘Although there is a synthetic equivalent of UDCA, this is not widely available to traditional healers in China. So working with traditional healers who preferred not to use bear bile in their treatments, we collated a short list of possible native herbal substitutes’, explains Simmonds. ‘Screening extracts derived from these plants against the same biological assay used to test for anti-inflammatory activity in bear bile, we identified Chinese skullcap (Scutellaria baicalensis), a member of the mint family, as a potential alterative to bear bile’.

Working behind the scenes at Kew Gardens, the SUG team is using its blend of expertise to inform how we address the global challenges of 21st century, from developing drought-resistant crops that will grow in climate change conditions, through assessing local plants for use as sustainable biomass fuel, to meeting society’s medicinal needs with new leads for drugs to treat diseases such as HIV/AIDs. Bear that in mind next time you visit Kew Gardens.