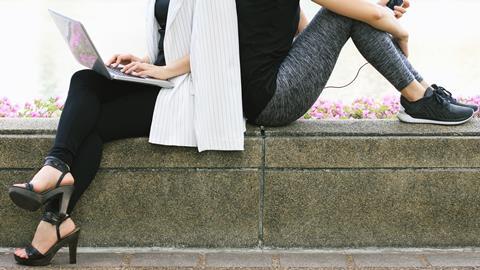 Kat Arney finds out how schools more open to taking on part-time teachers could have more fulfilled staff and fewer problems recruiting and retaining them. She speaks to some teachers who’ve negotiated part-time teaching to pursue alternative avenues

It’s no secret that teaching is a demanding job with a seemingly ever-increasing workload. It’s therefore unsurprising that teachers are leaving in droves, with science teachers particularly likely to quit.

A 2017 study commissioned by the Wellcome Trust showed that the chances of science teachers in English secondary schools leaving the profession within five years of qualifying are 20 per cent higher than in other subjects, while even established science teachers are still 5 per cent more likely to leave than their non-scientific peers.

Some of this comes down to the lure of higher-paid, lower-stress jobs outside the education sector. Another part of the problem is the ‘all or nothing’ approach adopted by many schools: the perception that the ideal teacher works full-time hours and takes on extra responsibilities, aiming to climb the career ladder towards a position on the senior leadership team. But that isn’t necessarily right for everyone.

One option is to go part-time, dropping one or more days per week and either living with the resulting pay cut or seeking alternative income to make up the difference. But while some schools may be open to this idea for teachers with care responsibilities at home or those approaching retirement, there’s often less acceptance for staff who want to cut their hours to pursue other employment or interests outside the classroom.

Moving to – and from – the research lab 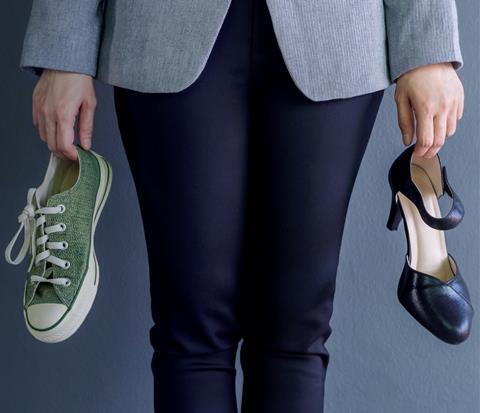 Formerly a full-time physics teacher and head of department for many years, Becky Parker asked to go part-time when she had her daughter (now a teenager). She was told it wasn’t possible and ended up leaving teaching to take a part-time outreach position at a local university. But once her daughter was in primary school, Becky decided to go back to classroom teaching.

After finding a school willing to offer flexibility to fit with family life, Becky became interested in how to engage teachers and pupils in genuine research projects. This led her to set up the Institute for Research in Schools (IRIS), which she now directs. She’s keen to promote the idea of a ‘teacher scientist’, securing grant funding to effectively buy teachers out of the classroom for one day a week to become part-time scientific researchers. ‘We’re building a career pathway for teachers who don’t want to climb up the management route but want to stay in their subject,’ she explains. ‘Doing research gives them career development that resonates far better, moving outwards rather than upwards.’

An increasing number of schools are coming round to the idea, with pupils and teachers engaged in real research projects covering a wide range of scientific topics from analysing genetic data or studying ionic liquids to taking part in experiments running at the Large Hadron Collider. And it’s not just about convincing teachers to take a step into the world of research – Becky also hopes to convince researchers to come into the classroom on a part-time basis. ‘Things are going to have to change, otherwise we simply won’t have enough science teachers,’ she says. ‘We’re trying to entice people from the research world to think that they could do some teaching on the side, but without having to commit full-time.’

Lancashire-based chemistry teacher Kristy Turner is taking an alternative approach to part-time school teaching. Two days a week she teaches chemistry at an independent boys school in Bolton. For the rest of the week she works at the University of Manchester as a lecturer for first and second-year chemistry undergraduates and as an educational researcher, focusing on the transition from school to university.

‘I taught full-time for 12 years and had been a head of department, but I didn’t like it,’ she says. ‘I’d also got divorced and become a single parent which made me reassess what I wanted to do.’ After taking up a one-year Royal Society of Chemistry School Teacher Fellowship at the University of Manchester, Kristy took a step down to become a main scale classroom teacher. Then, she approached her school about cutting her classroom hours to teach at the university. ‘They believed in me and said, “let’s give it a go”, so here I am!’ she laughs.

Kristy strongly feels that bridging the divide between the worlds of school and university has made her a better classroom teacher. ‘I’ve had to engage with the educational literature not in a lofty ivory tower but in a very practical way because I’m still working in a school,’ she says. ‘It has given me more opportunity to think about knowledge construction and how that develops across that huge age span from 11 to 22. I’ve got a much broader understanding of how children take a concept through their chemistry education, but also where the misconceptions and the sticking points are.’

Part-time working also appealed to London-based physics teacher Alom Shaha. After moving from full-time teaching into a career as a TV researcher, Alom felt that he would do more good in front of a class than behind the small screen. He knew he didn’t want to teach full-time, but it wasn’t easy to find a school that would accept him in a part-time role. ‘Every school I approached said no, that it just wouldn’t work,’ he says. ‘I applied to a lot of schools that were advertising for physics teachers, including what I would call struggling schools, but they refused to consider me.’

One school – Camden School for Girls – had the foresight to say yes, and Alom started teaching there three days a week. Today he works at Camden one day a week and is lead physics teacher at The Watford University Technical College for two days, spending his remaining two ‘days off’ combining writing, science communication and caring for his young daughter. As well as producing numerous teaching resources and science-based Youtube videos, he’s the author of two books: The young atheist’s handbook and Mr Shaha’s recipes for wonder. ‘If Camden hadn’t taken me on part-time all those years ago, I probably wouldn’t have gone back into teaching at all. It allows me to manage my workload much better, and it has enabled me to pursue my other interests as well,’ says Alom.

By refusing to consider the benefits of part-time teachers, schools may be overlooking opportunities to boost the effectiveness of their teaching staff as well as missing out on a useful ‘carrot’ to help retain them.

‘Many teachers love their subject, so why should they give it up in favour of organising timetables and departmental admin? It’s so frustrating,’ says Becky. ‘There should be different models for how to be a teacher, and different ways of getting professional credits if you work part-time. If you’re doing something that impacts your students by being a passionate person in your subject, then why can’t you have a different career structure?’

Schools are missing out on potentially excellent teachers from other fields, such as academia or industry, who aren’t keen to take on a full-time commitment. And they’re also losing valuable staff who want to expand their horizons while keeping a foot in the classroom, but find there are no opportunities to do this.

You just need to be a bit imaginative – I work in two schools part-time, including as a lead teacher, so it’s not impossible

‘It’s very short-sighted,’ complains Alom. ‘I think schools that do consider it are smarter, because they can see they would rather have a good science teacher part-time than no teacher at all or a poor teacher full-time.’

A common complaint from headteachers is that part-time staff make timetabling a nightmare. Alom agrees that timetabling is a challenge, but it’s not an insurmountable problem. ‘You just need to be a bit imaginative – I work in two schools part-time, including as a lead teacher, so it’s not impossible.

Although teachers like Becky, Kristy and Alom have chosen to go part-time to pursue a parallel career, there are many teachers who want to go part-time simply because they can’t cope with the increasing pressure and workload of the full-time job. And that, argues Alom, is a poor fix for a systemic problem.

As he points out, if you reduce your working hours by one day a week you take a 20 per cent cut in salary. ‘I’ve been lucky that I’ve managed to make up the shortfall in my income by being paid to do other things but I suspect it’s a big issue for a lot of teachers – people choose to go part-time because they genuinely love teaching but they want a better quality of life, so they’re effectively buying their time back.’ Alom would like to see teachers given fewer classroom contact hours and more time dedicated to preparation, administration, data analysis and creating teaching resources. But that would cost money, so it’s unlikely that we’ll see it any time soon.

‘We seem to be able to find resources to let anyone open a school and yet we can’t find ways and money to nurture classroom teachers,’ he says. ‘I’m a happy and sane teacher because I’m part-time. I wouldn’t be as happy and relaxed and able to do the things I am if I was full-time.’