Trade secrets... How to make a printed circuit board

Secrets of the trade: Jonathan Hare explores the chemistry behind your favourite gadgets 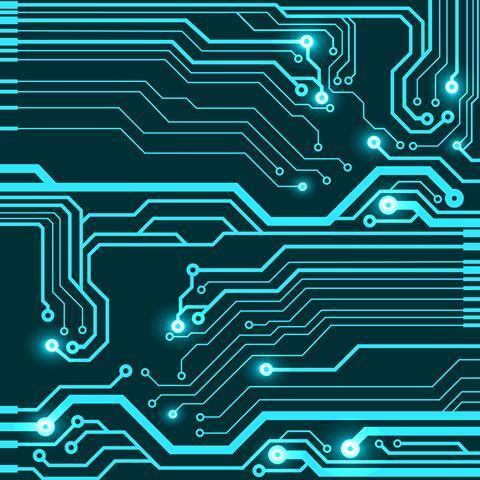 The basic PCB consists of a thin laminate or fibreglass board covered on one side with a thin layer of copper. The copper is etched to form a complex circuit of ‘tracks’ that are used to wire-up and interconnect the electronic components attached to the board. Modern PCBs in mobile phones and computers usually consist of a number of very thin boards sandwiched together to make a complex multilayer PCB.

The PCB track pattern is made by etching away the unwanted copper to leave the desired interconnections. Firstly an etch-resistant pattern – the resist – is drawn on to the copper. This can be painted on using a suitable marker pen or screen print techniques can be used. The PCB is then placed in an etch that removes all the bare uncovered copper, leaving the covered copper (the tracks) untouched.

Various chemicals can be used as an etch to remove the copper. Nitric acid and ammonium persulfate can be used but iron(iii) chloride is standard. The reaction of copper with FeCl3 is a two step redox reaction:

Warming and agitating the etch solution (using vibrations and air bubbles) can greatly speed up the process and produce a cleaner finish. After etching, cleaning and drilling, the PCBs are often dipped in a tin(II) chloride (SnCl2) compound to deposit a thin film of tin on the copper tracks. This provides a surface that does not tarnish as quickly as the pure copper but is still easy to solder. In addition to the chemical etching methods, modern CNC micro-milling machines are also being used to create PCBs. Channels can be cut into the bare copper using a tiny cutting tool to create complex tracks and wiring circuitry.

Making a printed circuit board