Be a supportive and inclusive teacher 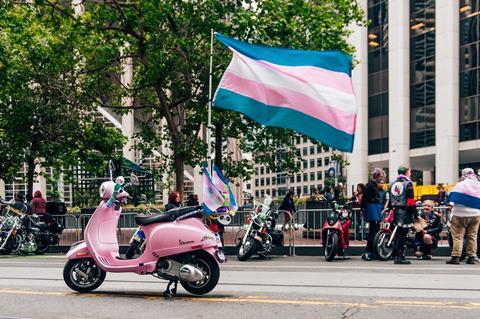 Teachers in the UK are coming to terms with a heightened awareness of lesbian, gay, bisexual, transgender and other identities (LGBT) and terminology. Whatever your personal views, both sexuality and gender identity are protected characteristics and must be both respected and accepted.

We know that young LGBT people experience a much higher rate of bullying than those who are not LGBT. A Stonewall report shows that 45% of LGBT children are bullied, rising to 66% when considering only trans students. One in five LGB pupils and two in five trans students have attempted to take their own lives and one in ten pupils receive death threats. We must be extra vigilant when working with this group and support them however we can.

Ask rather than avoid

One way to be a supportive teacher is to use language carefully. Terminology has changed over the last few years and it can be difficult to stay up to date. Do not worry about ‘getting it wrong’; young people do not expect their teachers to be 100% accurate with terminology. Cases such as the teacher in Oxford reportedly fired for misgendering a pupil in his class are greatly exaggerated. This case is highly unusual and not all the details have been reported. If you are not sure how to refer to young people, ask them. It is more supportive to ask than avoid saying anything at all.

Students should, however, expect teachers to understand the difference between gender identity and sexuality. Phrases like ‘it is just a phase’ and ‘special friend’ are belittling. Make an effort to use a trans student’s preferred name and pronouns, even if it is a little hard to remember.

Another way to make LGBT young people feel welcome is to highlight distinguished scientists and explicitly state they were LGBT. Had I had role models as a trans teenager it would have made my education much happier. In 12 years of higher education I met one out LGBT researcher in science, technology, engineering and maths (STEM), and none in my fields. Without visible role models, I assumed my science career would end should I transition, so I kept my trans identity a secret. Having to hide an identity is known to be very damaging to mental health. Once I did start to be open about my identity, many people within STEM shared the same fears I’d had with me. They told me how important it was for them to see me as a role model.

Of course, there are not that many scientists to highlight, as they will have kept their LGBT status secret as I did. The few we do know of had tragic stories, but that does not mean we cannot share them.

Alan Turing is probably the most famous. A gay mathematician, he developed early computers and was partially responsible for cracking encoded communications sent during the second world war. Afterwards he continued his work, studying mathematical biology. However, Alan was convicted of homosexuality and within two years of this sentence was dead, presumably by suicide. We can only speculate what else he may have discovered, had his brilliant career not been cut short.

Sally Ride was the third woman, and youngest American, to go into space. She became a professor of physics at the University of California and, later, the director of the California Space Institute. Sally had an amazing scientific career and yet it was only after her death that it became public she had been in a same sex relationship for 27 years. For all those years she felt she had to hide who she was from the world, even when receiving the highest accolades.

Ben Barres, a transgender neurobiologist from California, received numerous awards for his work on glia – nerve cells considered to play an important role in brain function. Later in his life, Ben started to speak openly about the need for role models for young trans people. ‘When I decided to change sex 15 years ago I didn’t have role models to point to. I thought that I had to decide between identity and career. I changed sex thinking my career might be over. The alternative choice I seriously contemplated at the time was suicide, as I could not go on as Barbara,’ he said. I find significant similarities in this story to my own.

Survival of the fittest has no place in STEM

We do not want the thickest skinned, but the most talented, in science. ‘Survival of the fittest’ has no place in STEM. Diversity is a key component in research breakthroughs, but we see a poor retention rate of LGBT students as they progress through higher education. We may be driving away some of our most gifted. Role models are vital if we want to keep these people in STEM subjects.

We need to openly support our LGBT young people. So, start using inclusive language and let’s start celebrating LGBT STEM role models. There are role models out there so let’s share their stories in the classroom. STEM will be all the stronger for it.

Clara BarkerClara is laboratory manager for the Centre for Applied Superconductivity at Oxford University, and vice-chair of the LGBT+ advisory group