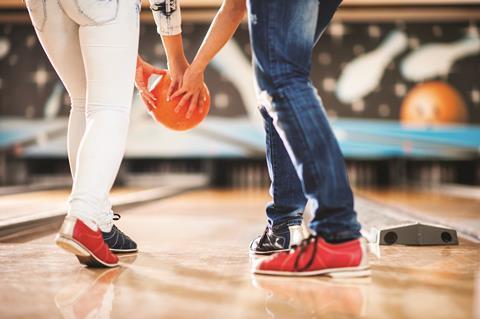 Chemistry is not just the pursuit of scientific knowledge, it’s also the butterflies that we feel when we meet someone special. Attraction brings together both people and particles, and when the conditions are right, bonds form.

A good place to start our analogy would be with diatomic molecules. We could say the diatomic elements, N2, O2, H2, F2, Cl2, Br2 and I2, represent relationships with our best friends. As we outgrow the stage of our lives when the opposite sex appears to be universally infected with ‘the lurgy’, we may progress to diatomic compounds. For example, two pairs of friends go bowling and leave later as double dates. Similarly, H2 and Cl2 molecules come together and depart as two love-struck HCl molecules.

How strong is the bond?

How long could we expect these HCl molecules to last compared to HI molecules who met at the same party? Let’s look at the bond enthalpies. Using HCl as an example, the bond dissociation enthalpy is the energy required to break every bond in a mole of gaseous HCl molecules. HCl has a bond enthalpy of 431 kJ mol-1, whereas HI’s is just 297 kJ mol-1. It takes more energy to separate the atoms in HCl – those must be the high school sweethearts destined to stay together.

But what if the H and Cl atoms suffocate each other? They might like to go back and spend some time with their friends, as H2 and Cl2 molecules again, but with such a strong bond, this might not be realistic. That is something the HI molecules are more able to do. Their lower bond enthalpy alters the relationship’s dynamic, or thermodynamics. Once entropy is involved, science’s measure of chaos, the situation looks a bit different. Unlike the formation of HCl, the reaction between H2 and I2 is reversible, meaning that once the reactants have combined to produce HI, some of the products will go back to H2 and I2. In other words, the newly formed couples can immediately revert back to their original friendship pairings. This space might be good for their relationship, which is important because no matter how strong the bond, a change of environment can change everything; both the HI and the HCl couples will immediately separate when mixed with water.

Love is in the … environment

Both romantic and atomic bonds are affected by their environment. The bond enthalpy of HCl is higher than all of the bonds in the hardest substance known to man – diamond. A single carbon carbon bond has a bond enthalpy of 347 kJ mol-1. While diamond is a fitting substance in an article about dating, it is not much use in this analogy. The strength of diamond comes from the fact that every single carbon atom is bonded to four neighbouring carbon atoms in a giant covalent lattice. With its highly ordered structure, it is more like an army than a couple.

There is another gem favoured by lovers – ruby. It is chemically similar to aluminium oxide, but some of the aluminium atoms are replaced by chromium ions, which give the stone its red colour. This is a better choice to describe enduring love, with enough different elements to show how romantic couples can be incorporated into their wider communities. Like molecules, any relationship will experience turbulence, and if the atoms are shaken vigorously enough, any bond can be undone. In isolation, as in HCl, even a strong bond can easily snap, but when couples become embedded in a lattice of their friends and families, all their bonds can weather storms for longer. 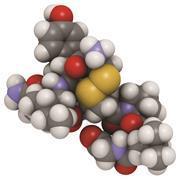 Oxytocin is known as the ‘love hormone’, responsible for developing trust and social connections in humans.