Ignoring research and getting the science wrong

The UK government has recently published a new science curriculum document setting out what should be taught to 14-16 year old students. However, some of the requirements seem questionable from scientific and educational perspectives 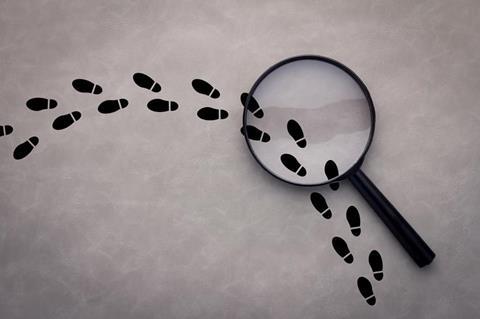 Is the new curriculum going in the right direction?

There has been some fuss in recent weeks about a document published by the UK government's Department for Education1 setting out the future requirements for teaching and examining science at GCSE level (i.e. for students aged 14-16). Discussion on the physics teachers email list (PTNC - Physics teachers’ notes and comments) pointed out that several of the physics equations included in the documents were simply wrong, and this was also reported in the national press. Whilst such basic errors should not have been allowed to pass unchecked into the official document, they are easily corrected and indeed a revised version of the official document appeared within a day of the story breaking.

However there are other statements in this document which should give more cause for concern. For example, in the chemistry section students are to be taught that “energy is conserved in chemical reactions so can therefore be neither created or destroyed”. This seems a well-intentioned attempt to link chemistry and physics - but whoever wrote the document shows either limited understanding of the science or poor logic. In physics there is a general conservation principle that energy is never created nor destroyed, and this applies in chemical reactions as everywhere else. However, the conservation of energy as a general principle certainly does not follow from the specific case of chemical reactions as implied in the curriculum document. Indeed chemical reactions often seem to involve considerable energy changes that we explain in terms of non-observables (such as bond energies), because we assume the general conservation principle will apply. This is the kind of faulty logic that teachers are warned to look out for in students’ scientific explanations.2 It is hard to imagine any scientist or science teacher would have produced or approved such a statement, leading one to wonder who actually wrote and checked the science subject content document. This error should also be quickly repaired.

More problematic is the decision to require teaching about chemical structures and processes in terms of the archaic and misleading notions of bonds being formed by "transferring electrons from one atom to another". This refers to a flawed - but easy to teach - model of ionic bonding which has been perpetuated by generations of textbooks despite being incorrect and commonly leading to students developing misunderstandings that become especially problematic for those who wish to continue with a study of chemistry. This is hardly a secret as the model has been widely criticised in research and science educational periodicals for at least twenty years.3-4 Indeed a previous government initiative aimed at teachers5 recommended a set of resources from the Royal Society of Chemistry6 that included a classroom activity to help teachers identify and address this very misconception: a misconception which is now going to be officially taught as part of the latest update to the curriculum. This teaching model may have been considered to have some value a century ago, but seems highly anachronistic in a twenty-first century science course. A teaching model based on physical forces is not only scientifically more appropriate, but also helps students integrate their learning across chemistry and physics.

Perhaps it has been decided in the Department for Education that it is not so important if students are presented with flawed science as long as can be readily taught and examined. However, the issue here is not simply about an ill-judged decision to give official sanction to a teaching model that is scientifically incorrect and pedagogically damaging. School science learning should help students develop powers of logical analysis and expression (so when they enter the workforce they will avoid making logically incorrect claims such as the one about energy conservation in the curriculum document). Science is ideally positioned to support this kind of development because of the centrality of logical argument when coordinating ideas and evdience.

So how are students supposed to understand such reactions as the preparation of sodium chloride by neutralisation and evaporation in terms of the new curriculum?  From a scientific perspective this is a chemical reaction (new substances are formed) that produces a substance with ionic bonding, and it does so because of the electrical attraction between the sodium ions and chloride ions in the reactants being mixed. Yet the new curriculum asks teachers to teach that atoms bond by transfer of electrons or sharing of electrons and that chemical reactions only take place through proton transfer, electron transfer or electron sharing. On these criteria ionic bonding is not actually bonding and neutralisation is not a chemical reaction. What are students to make of such gross inconsistencies relating to core chemical ideas?

Political rhetoric about making the curriculum more rigorous starts to look rather silly when the Department for Education cannot even get basic physics equations correct. This is reinforced by asking teachers to teach logically fallacious statements about key scientific principles. Not so long ago the Department for Education were promoting an argument that there needed to be more application of educational research in teaching.7-8 In that context deciding to require the teaching of a misleading and scientific incorrect model that has been widely critiqued in research suggests that Department for Education’s talk about taking notice of research may be as aspirational as their claim to demand rigour in what is to be taught.