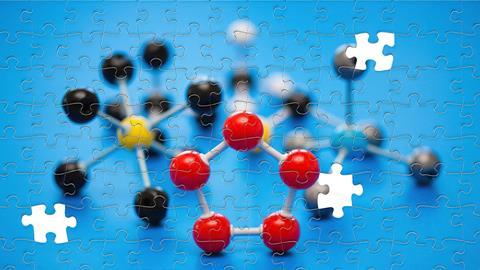 There are no more major discoveries in chemistry to be made, writes Bernie Bulkin

Something unanticipated in the progress of science has happened: for a major scientific discipline, our discipline, chemistry, there are no more big discoveries to be made, not many mysteries left to explain. Perhaps the last big additions to chemical knowledge were the new forms of carbon – fullerenes and nanotubes – in the 1980s, as well as some important new catalysts for metathesis reactions, evolving from the 1970s until the mid-90s.

Yes, there has been a lot of chemical research published over the last quarter century, but that is a long time for the increase in knowledge to be incremental rather than transformative. Chemistry as a discipline is more or less complete.

The dominant activity for chemists in academia and basic research labs now is using their vast body of experimental and theoretical knowledge to solve problems of biology, medicine, materials science, the environment and even astronomy.

Chemical research as we know it today began in the 1600s. At the beginning of the 20th century much was known, but most of what we now think of as basic chemical science was still to be explained. In 1900 the very existence of molecules was disputed by chemists such as Wilhelm Ostwald, while the consensus was that even if they existed we could never prove it, because no one would ever be able to see a molecule. Then in 1910, X-ray diffraction was first demonstrated and by the 1920s structures of molecules in crystals could be solved. Infrared and Raman spectroscopy were also early 20th century developments.

While the first half of the century effectively laid the foundations of modern chemical science, in 1950 thousands of big problems still remained. We had a serviceable theory of bonding in organic molecules, yet all the theory of inorganic and organometallic chemistry was still to be formulated. There were also many errors in the chemical literature, and this hindered our ability to see patterns in reaction and structure.

The rather sudden emergence of chemical instrumentation, commercially, revolutionised the pace of discovery and understanding of chemical science. It started with inexpensive infrared spectrometers in the 1950s, followed by nuclear magnetic resonance (NMR), mass spectrometry, Raman spectrometers, various surface science techniques (all of which allowed us to ‘see’ molecules indirectly through their interaction with light or high energy beams), electron microscopes, routine X-ray diffraction, and eventually, in the 1980s, scanning tunnelling and atomic force microscopes to image right down to the level of individual atoms.

In parallel, inexpensive instruments became available for an array of separation technologies, such as gas and liquid chromatography for dealing with complex mixtures. Separation, synthesis and structure determination became much more efficient. All these techniques spread into academic and industrial laboratories, and into undergraduate teaching labs.

By the 1970s, we began to have laboratory computers for data acquisition, and for theoretical calculations in support of the understanding of those data. Gas lasers provided a sophisticated light source for many measurements, along with rapid detectors to measure at shorter and shorter timescales. All these new tools meant that tens of thousands of chemical problems extant in 1950 were solved over the next five decades.

And yet chemistry, the central science, remains very exciting. Because around this centre are the very complex problems of biology, medicine and neuroscience, the need to understand and modify materials, the fate of molecules in the environment, and the ability to put industrial processes, often discovered by accident, on a sound scientific footing. These are the frontiers open to those starting out in chemistry today, and why it remains such an exciting field to study and to practise. The nearly complete understanding of chemistry is one of the great triumphs of human mastery. It opens a vast landscape of new problems that can be tackled from a chemical science knowledge base.