2
Why chemistry won’t be solved 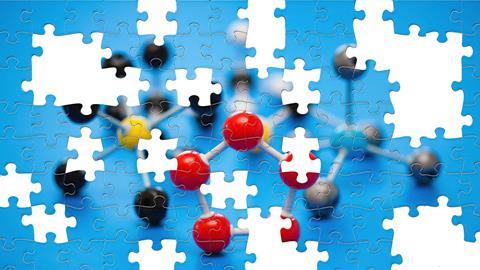 Why chemistry won’t be solved

It’s easy to think chemistry has lacked a breakthrough since the 1950s that hasn’t been claimed by biology or physics. While machines have improved beyond limits, the limits of our imagination revealed, and the mysteries of the genome unravelled, the basic rules of the game – bonds, electrons and oxidation states – have remained constant. But don’t be fooled into thinking that means we know all the answers: we are still struggling to know what’s truly going on.

What, for example, is a bond? It’s a deceptively simple question that no one can answer without caveats or argument. Catalysis remains a mystery, as do the principles of thermodynamics at temperatures around absolute zero. We can’t even agree whether the Mpemba effect, where hot water supposedly freezes faster than cold water, is real. In fact, the very definition of chemistry is a goalpost that shifts as we improve our knowledge. Scientists at the cutting edge of research in all spheres are constantly reappraising what the discipline’s core concepts truly mean, making the whole idea of ‘solving’ chemistry almost meaningless.

Even if we take those core concepts for granted and dismiss them as tweaking known rules, it’s unlikely that we’ve hit the end of road. At each step in chemistry’s history, from Antoine Lavoisier’s first list of chemical elements to the discovery of sub-atomic particles and nuclear reactions, there have been those who believed we have hit the limit of knowledge. And, each time, they have been proved wrong.

Exhibit A in our lack of knowledge is chemistry’s talisman, the periodic table. As little as 100 years ago, few chemists would have believed elements beyond uranium could exist. Today we have reached element 118 – and our best guess suggests there are some 172 elements. We have no idea what they look like, or whether they will even attract electrons and be true ‘chemical’ elements at all. Already they are showing signs that they ignore the laws of periodicity and behave in new and strange ways we can’t predict. It would be hubris to think we’ve mastered the periodic table when we still haven’t uncovered a third of chemistry’s basic building blocks.

So why aren’t we making those giant leaps that have come in biochemistry or physics? The answer is simple: funding. For decades, research time and grant money has been fed into applied, as opposed to fundamental, science. This has led to huge short-term benefits but means the money hasn’t been there to explore more abstract questions in chemistry. A lack of money to explore the unknown is not the same as knowing all the answers. And it’s lack of answers – and finding questions we haven’t yet asked – that creates the intellectual curiosity that drives modern chemistry.

Of course, the complete chemical picture is an ideal to which we should aspire. We’ve already seen mathematics hit this sweet spot, where its basic rules have been deciphered and we’re now using them to chip away at deeper mysteries. Imagine a foundation subject, which people think of and explore atoms and bonds with the same comfortable familiarity as multiplication and division. There will still be smaller riddles to crack, but chemistry will truly be the central science of a multidisciplinary team.

If chemistry’s role is really to help expand other sciences, it will only strengthen the need for a strong chemical education for future generations of STEM graduates. It’s a noble aim – but we’re nowhere near it just yet.