A day in the life of analyst: Carl Ruffel

Carl has spent the past three years working as an analyst for the Medical Research Council. He talks to Nina Notman about his typical day 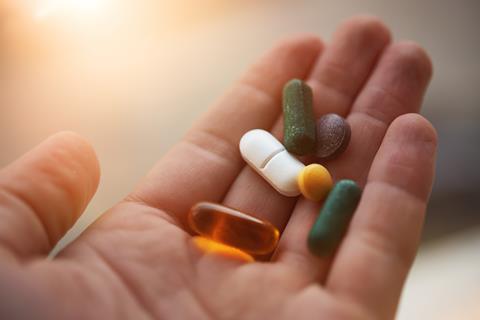 The Medical Research Council is a publicly-funded organisation that carries out research aimed at improving human health. Carl works in the human nutritional research unit, which looks into the relationship between what we eat and our health. He is part of a team that analyses markers of nutrition in human samples, and he specialises in vitamin analysis.

Carl spends most of his day in the lab analysing blood plasma samples taken from people participating in nutritional surveys and intervention studies. He uses high-performance liquid chromatography (HPLC) to separate the components in blood plasma. Typically, Carl measures the levels of the fat-soluble vitamins (vitamins A and E) and up to six plant pigments (eg β-carotene – a precursor to vitamin A) in 25 to 30 samples a day.

Each day Carl makes up a series of known concentrations of solutions containing each of the vitamins he is measuring. To determine the precise concentration of each of these ‘standard’ solutions he uses ultraviolet–visible spectroscopy.

Next, Carl extracts the vitamins from the blood plasma samples. The first step is a protein precipitation, which denatures the blood proteins and releases vitamin A from the protein it is bound to. He then does an extraction between two solvents, where the proteins and other impurities stay in one solvent and the vitamins move into another. The solvent containing the vitamins is then evaporated to dryness and redissolved in another solvent that is suitable for use in HPLC analysis. Carl runs the vitamin samples and the standards side-by-side through the HPLC instrument. A third, quality control, sample is also analysed. This sample contains a known concentration of each vitamin.

Once the HPLC run is finished, Carl uses data from the standards to make a calibration curve from which the amount of each vitamin in each blood plasma sample is calculated. He also checks that the quality control sample has been analysed correctly, to ensure that the instrument is working properly. When he has all his results, they are used with dietary intake information to assess dietary health.

The blood samples analysed by Carl mainly come from people involved in nutritional surveys, who have been given dietary supplements, or who have been following special diets. Currently, Carl and his team are involved in the National Diet and Nutritional Survey, which is collecting data on the diet and nutritional status of the UK population. Commissioned by the Food Standards Agency, the survey involves taking blood samples from around 1000 adults and children each year. By assessing a cross section of the UK population Carl and his collaborators hope to gain a better understanding of what food makes us healthy and what doesn’t.

Carl particularly enjoys investigating ways to improve upon the technology and procedures he and his colleagues use in the lab. He is currently looking into replacing their HPLC instruments with liquid chromatography–mass spectrometers, which will help his team to improve the efficiency and accuracy of vitamin detection.