A recurring theme in chemistry education research is the confusion experienced by students when moving between different levels of representation in explaining phenomena. Clear communication is essential in ensuring that students are able to develop and visualise models to relate the macroscopic behaviour of matter to processes occurring at a sub-microscopic level. By carrying out analysis of discursive practices in two classrooms, Stieff and colleagues have probed the origin of students' difficulties in this area. 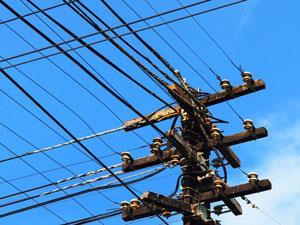 Previous work has indicated that the simultaneous presentation of multiple levels without discussion of the relationship between them is a common practice that exacerbates confusion. In this study, the authors examined teacher-student interactions concerning the basic concepts of chemical and physical changes. A total of 22.5 hours of recorded lessons were reviewed, and two episodes of whole-class discussion were selected for detailed analysis. Transcription of two episodes of whole-class discussion allowed the researchers to identify whether or not teachers and students were referring to a common descriptive level.

The lesson transcripts show how the inappropriate use of terminology can blur the distinction between different levels of representation, leading to increased confusion. In one case, a teacher emphasised that freezing and evaporation are physical changes, pointing out that ice is the same 'stuff' as liquid water. The teacher noted that the different states are 'still H2O' and that 'they are just moving around faster and they are further apart', without reference to molecules or particles. The latter point was accompanied by hand gestures to illustrate random movement, but was not supported by explicit guidance regarding the application of a sub-microscopic treatment to the processes being discussed. Remarks made by students during this discussion show that they were operating solely in the macroscopic domain, while the teacher switched between levels in an unsystematic and confusing fashion.

Analysis of discussions in a second classroom indicated that poor choices of examples led to confusion, with students debating whether juicing an orange and frying an egg represented physical or chemical changes. In attempting to rationalise the observed phenomena, the teacher didn't outline what was meant by the term 'change' at macroscopic and sub-microscopic levels, and the exchange failed to correct students' misconceptions.

The findings indicate that teachers should explicitly discuss descriptive levels at the outset rather than waiting until confusion has set in, while the use of simulations to bridge the gap between macroscopic and sub-microscopic phenomena is also advocated. The authors suggest that teachers should receive training to help them identify the descriptive levels referenced by students and to reorient them where required to ensure that reasoning on both sides is based on a common level of representation.