A question of substances

Expert chemists have a wealth of conceptual understanding from which to draw to interpret chemical phenomena. Indeed, we use some fundamental concepts so intuitively that we tend to overlook their importance to a new learner. Chemical substances are a classic example.

Students need to comprehend that a substance is ‘a unique kind of stuff, identified by certain invariable properties’. And that it can be either an element or a compound. A student’s understanding of this is crucial for them to go on and succeed in learning about numerous topics on all chemistry curriculums, but evidence has shown that it’s a concept they often struggle with. 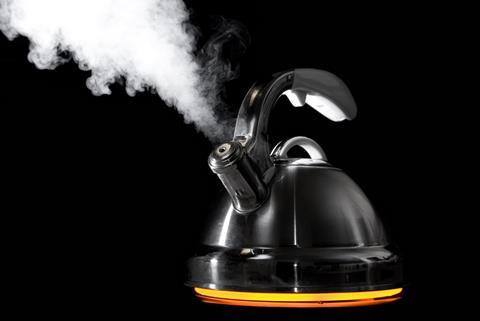 Tackling the teaching of substance and avoiding misconceptions: not as easy as boiling the kettle, but boiling water can help

The concept of substance purity is a common source of confusion. We teach that a pure sample of a substance has a sharp melting and boiling point, and that an impure sample is a mixture. However, many materials that are considered ‘pure’ in the everyday sense, such as orange juice, are in fact mixtures. This makes the idea particularly challenging for many students who bring their day-to-day experiences to their chemistry learning.

It has been suggested that the commonplace use of the term ‘pure substance’ makes matters worse. This suggests that a substance can be pure or impure when what is actually being referred to is the purity of a sample of a substance. The phrase ‘single substance’ was suggested as a potentially clearer alternative in a 2009 paper.

Grasping the concept of a chemical reaction is also dependent on having a firm grip on the idea of a chemical substance. In 1998, it was reported in the International Journal of Science Education that ‘a significant number of pupils had difficulty in identifying chemical reactions, because they did not know when there was a new product’. A 2000 study also concluded that some students did not interpret their observations of chemical reactions as the formation of a new substance; instead using the idea of mixing to explain the observed changes. A 2007 article agreed that some students use an ‘additive framework’ to predict the properties of chemical compounds rather than recognising that a compound has new properties that emerge as a result of a new arrangement of atoms. The use of language that refers to compounds as being made up of a ‘combination of elements’ may also unwittingly reinforce students’ additive way of thinking about compounds.

Teachers may be able to help students by overtly drawing attention to – and explaining the origins of – the differing properties of products and reactants every time they meet a new chemical reaction.

The introduction of materials as ‘being’ solids, liquids or gases is another aspect of the curriculum and its delivery that can unintentionally add to students’ misunderstandings. This can result in some students thinking that these are three fundamentally separate types of substance.

Use of clear language, such as ‘in the gas state’ (at a given temperature) rather than ‘is a gas’ is recommended

The ‘solids, liquids and gases’ approach may also lead students to infer that melting or boiling point is a consequence of the state of the substance, rather than being a specific property of a substance that results in that substance being in a particular state at room temperature. Use of clear language when talking, such as ‘in the gas state’ (at a given temperature) rather than ‘is a gas’ is therefore recommended. 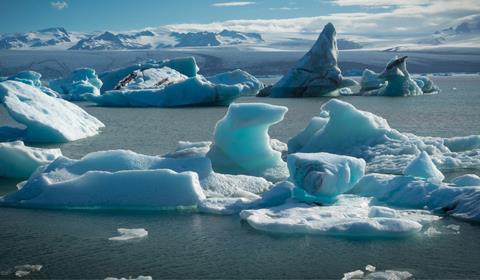 The Best Evidence Science Teaching (BEST) project has developed free, research-informed resources for use when teaching the concept of substances

The concept of substance has featured little, if at all, in chemistry curriculums over the years. The science programmes for the national curriculum in England, for example, does include some mention of the concept at key stage 3 (age 11–14), but the rationale for its inclusion and the important link to understanding of chemical reactions is not made explicit. The idea is not mentioned at all at key stage 2 (age 7–11).

The Royal Society of Chemistry is currently preparing recommendations for the future of the chemistry curriculum, including improved development of key concepts such as substances at the appropriate levels. An overview of these recommendations has been published in the Association for Science Education journal School Science Review. Further communications and publications are being planned for 2019.

As a consequence of its absence from most chemistry curriculums, there has been little pedagogical research on how best to teach the concept of substances and a lack of practical advice published to guide teachers on best classroom practice. The Best Evidence Science Teaching (BEST) project from the University of York’s science education group and the Salters’ Institute has sought to address this – developing free, research-informed resources for use when teaching the concept of substances. These notes include evidence of students’ learning and commonly-held misunderstandings, and guidance for activities to help challenge these misunderstandings, encourage meaning making and facilitate progression in learning. Equivalent notes for a number of other key concepts in secondary science are also available on the BEST website.

Take a look at our how-to teaching guides for 11–14 chemistry on elements and compounds and mixtures and solutions.