How do astronauts breathe? 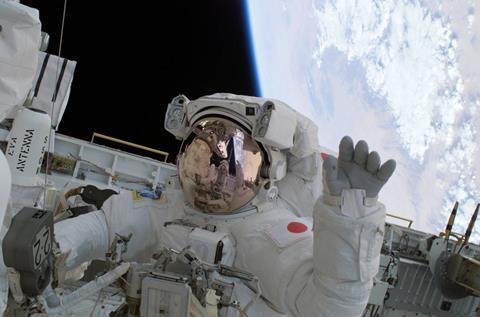 On 12 April 1961, Russian cosmonaut Yuri Gagarin became the first human to go into space when he orbited the Earth in the Vostok 1 spacecraft. Since then more than 500 people have blasted out of the Earth’s atmosphere, with over 230 of them going to visit the International Space Station (ISS).

The primary purpose of the ISS is to host scientific experiments. Its lab has been continuously occupied since November 2000, typically with three to six people on board. It hurtles through space at 17,500 mph, 250 miles above the Earth, allowing scientists to carry out truly unique experiments.

Many of the tests are on the astronauts themselves, to determine the impact of life in space on the human body. Some are designed to utilise the uniqueness of the lab’s microgravity on non-space relevant experiments such as crystal growth. But others are integral to space travel itself: exploring new technologies for use on the ISS and future, longer manned space missions, to Mars for example.

At an early age students learn about the difference between an element, a compound and a mixture. This article gives an excellent example of the importance of being able to separate mixtures to obtain pure substances and the challenge this provides even for NASA scientists. The article describes how essential having a good source of pure water is to the crew of the International Space Station, not only for drinking but also as a source of oxygen for them to breathe.

Life onboard the ISS is designed to be as frugal as possible, so recycling the water is key. ‘We collect the crew’s urine and process it through a distillation process called vapour compression distillation,’ explains Laura Shaw, life support systems engineer at NASA’s Johnson Space Center in Houston, Texas. This system uses a vacuum pump that sucks out air, lowering the pressure and therefore dropping the boiling point of the water inside. No heat source is needed to evaporate the water and separate it from urine salts.

This distillate is then combined with water collected from the air inside the ISS. ‘We collect humidity condensate from the crew breathing and from their sweat,’ says Laura. The water is then cleaned up further to make it ready for drinking. ‘We use a system of filters and a catalytic oxidiser to process that water into drinkable.’ 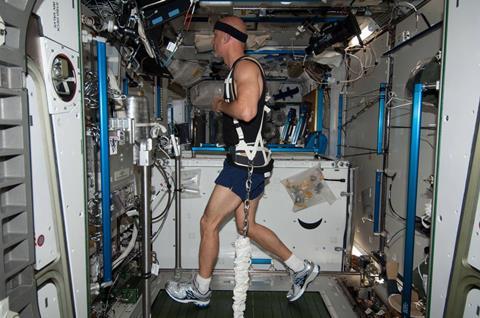 ‘Typically, it takes a couple of days for a water molecule to follow the whole path from drinking water back to drinking water again,’ says Laura. Currently they lose around 10% of the water molecules each time they go through this loop. In preparation for a manned trip to Mars, where restocking will be even more arduous and expensive, Laura’s team are aiming to slash this to just 2%.

The technology in development will extract more of the water from the sludgy urine-salt-filled brine left behind after the urine distillation. ‘There’s still liquid in the brine and we want to get that liquid out to improve our recovery rate,’ explains Laura. Her team hopes to test their new set-up on the ISS in early 2020.

How does boiling point change with pressure?

In this activity students investigate how the boiling point of water varies with pressure and determine the vacuum needed on the ISS to distil water from the crew’s urine without the use of a heat source.

Water is also used onboard the ISS to produce oxygen. ‘We electrolyse water to split it open to hydrogen and oxygen,’ says Laura. ‘The oxygen goes into the atmosphere for the crew to breathe.’ The hydrogen is then combined with another waste product – carbon dioxide breathed out by the crew – to make methane and water. This is known as the Sabatier reaction. ‘The water gets reused and the methane is currently vented overboard,’ says Laura.

The NASA team is also developing a way to crack open the methane to produce more hydrogen. ‘If we had more hydrogen we could be more efficient on that Sabatier process and produce more water, which we can then turn into more oxygen. So we’d have to resupply less water for that process,’ she explains.

Students often struggle with extracting information given in the form of written text to write a chemical equation for the reaction described. In this activity students are provided with a series of extracts from the article to convert into a chemical equation.

But the ISS is just the beginning. Other support systems for longer manned missions are in the early stages of development, explains Laura’s NASA colleague, David Hornyak. For example, becoming better at sucking carbon dioxide out of the air to improve air quality has become a priority for NASA. ‘We flew, a few years ago, an experiment that informed us about how well different absorbents work,’ David says. The hope is to discover materials that are more absorbent and so will be more efficient. Next generation sensors are also being designed, to improve air and water quality monitoring on board space stations, which will eliminate the need to return samples to Earth, and better track how much radiation crew is exposed to.

And these improvements are on a pretty tight schedule. NASA is currently aiming to send a manned mission to orbit Mars in 2033; this will be followed by a landing trip. President Trump has urged them to bring this timeline forward. China and Russia have also said they plan to send people to Mars, as has the European Space Agency. Likewise, private space company SpaceX also has its eyes on a visit to our planetary neighbour, saying it will send a crew in 2024. Scientists will have to hurry to get all their systems in place before take-off, but presumably there’s nothing like several impatient space agencies looking over your shoulder to speed things up.

Students are challenged to obtain sufficient pure water to prepare a meal and have water to drink the following day using the water collected from a muddy pond.

This activity could be easily adapted with the only source of water available to the students being their own urine (a mixture of cold tea and water)!

RI Christmas lecturer Peter Wothers, with the help of Paralympic gold medallist Mark Colbourne, shows how water can be split into hydrogen and oxygen using electricity.