How to make light by crushing sugar 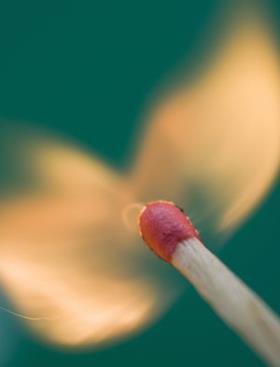 2015 is the International Year of Light, so we are going to be looking at some of light’s interesting properties. All kinds of light is used and produced in chemistry. It can be used to analyse materials, to create materials and materials can be used to create light.

Chemical reactions may give out both visible and invisible light (usually heat). Burning a match emits both light and heat, whereas the reaction in glow sticks, for example, gives out mostly visible light. There are even materials that give out light when they are stretched, scratched or crushed.

When pieces of quartz hit one another they may emit flashes of light. The earliest example of this is thought to be when the Ute tribe of Colorado placed quartz pebbles in rawhide rattles. These were probably used by the tribe hundreds of years before contact with European settlers. The rawhide was thin enough that the rattles lit up when vigorously shaken. Similarly, fracture of quartz-containing rock is thought to have been responsible for reports of flashes of red and white light during an earthquake in Kobe, Japan, in 1995.

Other materials are triboluminescent – sugar, for example. In the past, sugar was supplied in cone shaped blocks known as ‘loaves’ that had to be broken up before use. If the room where this took place was sufficiently dark, faint flashes of light could be seen as pieces were chipped off the block.

Some boiled sweets will also produce flashes of light when crunched between your teeth – but be quick, only dry sweets work.

A mechanoluminescent material does not have to be rigid though. Sticky tape and self-stick envelopes show the same effect. Pulling adhesive tape from the reel produces a range of wavelengths of light. Measurements have shown that the light is not just visible, but it can even extend into the X-ray region. Peeling apart the seal of a self-stick envelope has a similar effect. 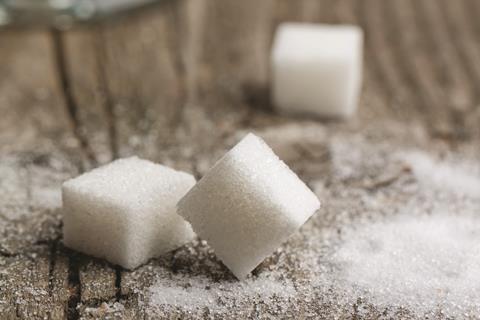 To observe any of these effects it is best to be in a darkened environment as the light produced tends to be quite weak. Also, remember that our eyes can take quite a while to adjust to the dark. To see the effect with sugar it’s best to use a sugar lump, although you should also be able to see tiny flashes with individual crystals – especially large ones such as in demerara sugar.

Place your sugar (cube or crystals) on a plate or other hard surface. Then with the bottom of a glass or jar (be careful) watch carefully as you quickly crush the sugar.

How light is being produced in this process is still not completely understood. It is thought to be the result of positive and negative charges recombining after they have been suddenly separated. Interestingly, measurements of the light produced from crushing boiled sweets shows that some of the light comes from atmospheric nitrogen, which in turn produces light (fluorescence) from flavour molecules in the sweet.