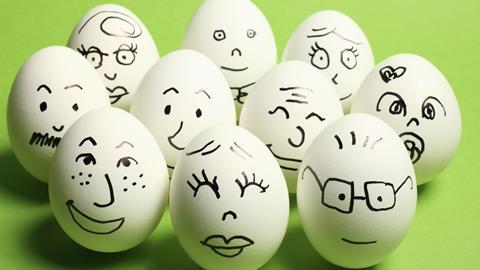 Not ‘clever enough’ to be a scientist? Nonsense.

The face of science is changing. Forty years ago if you asked a child to draw a scientist, they would almost certainly sketch an old, white man in a labcoat with glasses and Einstein-like hair. Today, more children will choose to draw a woman instead – especially if they are female themselves – suggesting that efforts to increase gender diversity and recognition of women in science are finally starting to pay off. But one thing hasn’t changed: the thing that most people associate with a scientist – of any gender – is their braininess.

According to ASPIRES [pdf] – a major study of UK secondary school students’ science and career aspirations – more than 80% of young people agree with the statement ‘scientists are brainy’. The mainstream media does little to dispel this image by lazily stereotyping people who work in scientific fields as nerds, geeks or hapless boffins, making up in brainpower what they lack in social skills. More generally, the word ‘genius’ is still overwhelmingly associated with white men, contributing to biases that have left women and ethnic minorities under-represented in fields where success is believed to hang on innate intellectual talent.

‘The association with braininess means that science is seen as something that’s only for the very few, for the very special, rather than there’s a place for anyone in science,’ says Louise Archer at the UCL Institute of Education, who led the ASPIRES project. ‘Of course, some students are able to identify with braininess better than others, irrespective of how well they’re actually doing in class.’

This seemingly unbreakable association between braininess and science influences children’s views of their future. Louise and her team found that those who don’t see themselves as being among the cleverest in the class will automatically discount the idea of a career in a scientific area, even if they find science interesting and do well in the subject. And because of the strong cultural idea of male genius – despite girls performing slightly better than boys in science qualifications – it’s girls who tend not to self-identify as being clever enough to do science at A-level or beyond. In turn, argues Louise, this feeds the gender imbalance at university and in the workplace, particularly in subjects such as chemistry, physics and engineering.

It’s not all about grades 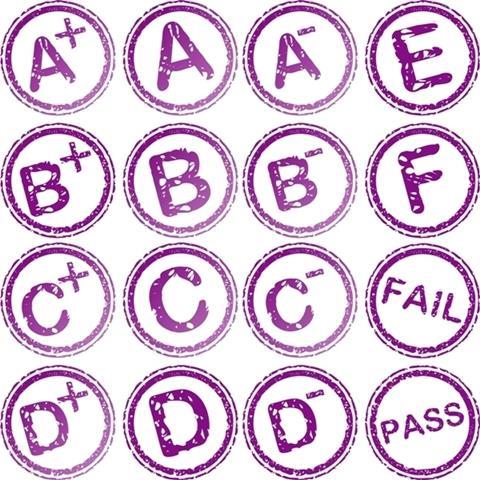 The idea that only high academic achievers are destined for science fundamentally misrepresents the discipline. Science isn’t about knowing stuff or learning answers – it’s about finding things out and asking questions.

‘Our education system is focused on grades and getting the right answers in the test – pupils, teachers and schools are all marked on it – and you don’t get points for curiosity,’ says Louise. ‘Science in the real world isn’t just about right and wrong answers, but it gets boiled down to a very high-stakes testing regime. It’s a really fundamental shift if you’re not rewarding curiosity or allowing children to ask questions and get the wrong answers, which is what scientists do all the time. We need to get away from the obsession with learning content to growing understanding and curiosity.’

This fixation on exam results is something that also bothers Katherine Mathieson, chief executive of the British Science Association (BSA) – an organisation that believes science is for everyone, not just for scientists. ‘We need to change the relationship children have with science at school, so they think that science is for them – in a cultural and democratic sense, not just in a professional sense,’ she says. ‘One of the difficulties is that schools are measured on exam results, so all of the teachers’ time, attention and resources is based on getting kids to get the best grades they can.’

But as long as attainment is the overriding outcome measure – something that shows little sign of shifting in the current political climate – there is frustratingly little that educators and organisations like the BSA can do to bring about change.

‘It’s no use if people are bringing in programmes that change children’s relationship with science, make them more likely to choose science A-levels and GCSEs, leave them better equipped to make informed decisions about their own lives in future and give them a cultural relationship with science if people turn round and say “well, that’s lovely but it’s not helping with our exam results so we’re not interested”,’ Katherine says.

Suze Kundu, a nanochemist and teaching fellow at the University of Surrey, agrees the message that brains are the only thing that matter for being a successful scientist isn’t true. ‘Grade requirements give us an easy way of assessing everyone’s basic level of understanding of a subject so we can build on that without having to go over the foundations, but that doesn’t mean we can’t change how students are examined and use exams to help determine the style of learning they have that may further indicate whether they would make a good scientist or not.’

being curious and questioning can lead someone to be a journalist, historian, writer or artist, just as creativity can be found in scientists

She suggests teachers could do more to break down barriers preventing students from engaging with science in the classroom. ‘To be a good scientist you need to be curious and you need to learn from someone that speaks your language. Nothing that we do as scientists is so technical, complicated or advanced that we can’t teach someone else about it using the right analogies. If we think that, we simply can’t teach well enough, and we need to find ways of communicating our work better. If you want to find out how things work and use them to make things better, then science is for you – and who doesn’t want to do that?’

Another issue is the strong division between arts and sciences that exists in the UK education system. Many children are effectively set onto a ‘science’ or ‘non-science’ track during their GCSEs by the exams on offer. Although some schools have adopted combined sciences for all, many choose to put forward only the brightest for three separate sciences with the rest steered towards double science, which makes it trickier to progress to A-levels and harder still to apply for a scientific degree course. The relatively narrow choices of AS and A-level subjects are yet another hurdle, putting off sci-curious students who are concerned that they lack the academic chops to do well.

Then there are more subtle nudges from teachers or parents that can steer a child away from science. ‘People say “Oh, they like to draw, so it’s the arts for them!” Well, maybe, maybe not,’ says Raychelle Burks, assistant professor in chemistry at St Edwards University in Texas, US, and founder of the DIY Science Zone at GeekGirlCon. ‘This “tracking” is something that is often done in a person’s youth. Assigning traits, often as innate, strikes me as gatekeeping – being curious and questioning can lead someone to be a journalist, historian, writer or artist, just as creativity can be found in scientists.’

Suze thinks portrayals of scientists in the media are partly to blame. ‘The students that I teach do have a fixed idea of what a chemist or scientist is like, although they may not necessarily realise it until they meet me and my colleagues. Even if they don’t expect the Einstein stereotype, maybe they expect the TV Science Guy stereotype – all of our most prominent TV science stars in the UK are men, often hosting shows outside their areas of expertise. I’d like to see greater visibility of science role models from across the board, educated to the same or higher levels than the Brian Coxes and David Attenboroughs of this world, but just as “normal”’, whatever that even means these days! As the old saying goes, “you can’t be what you can’t see”.’

Science needs to be more inclusive

All of this matters because a career in science isn’t just about being a clever egghead in an ivory tower. From teachers and technicians to apprentices, we need an ever-increasing number of scientifically literate workers to support our growing technical industries and knowledge economy. And increasing the size and diversity of the UK’s scientific talent pool is likely to become even more important as we stare down the barrel of a possible hard Brexit.

‘We’re told there are going to be more jobs in the scientific and technological and engineering-based sectors, so it can be important for social mobility for a wide range of people to be able to access these opportunities,’ says Louise, who sees the challenge of increasing diversity in science as an important issue for equality and social justice.

‘I think at heart most people go into science because it’s fascinating, beautiful and wonderful, but also because they want to make a positive difference to society,’ Katherine says. ‘Some of them want science to maintain its high intellectual status, but I have a lot of respect for the scientists who say it’s really important that we democratise science more.’